2021 is about to tap out; I guess it was better than 2020, but was it really? It almost seems like 2020 was just to immerse us into our new normal, and 2021 was a test run to test scientific theories and our own personal abilities to deal with this crap. 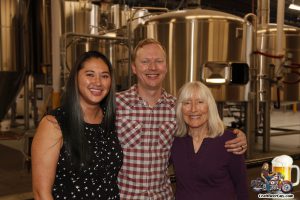 I know I did some stuff this year that I had not done since 2019, so I guess things are improving, it is probably my own personal comfort level that I have to work on. This was my first complete year without my dog or a girlfriend, which is probably resulting in my becoming more of a wallflower again. We shall see.

Did you ever see the movie Memento? Well, I am slightly better than Leonard (the star) at remembering stuff, so I use my camera and my websites so I do not have to cover my body in tattoos to recall the past year.

Anyway, here is the Craft Beer Guy recap of 2021; what the hell did I do over the last 12 months?

2021 saw a lot of loss for many; the South Bay craft beer scene lost one of its own, when former longtime Strand Brewing Company taproom manager Jonas Neubauer passed away due to a medical emergency while he was quarantining after his recent move to Hawaii.

Yeah, it is hard to believe but I did not go to my first in-person events until the end of March, that’s counting the Pink Boots Brew at Eureka Brewing, and Common Space Brewing’s third anniversary. Yes, things were slower, but people were coming out, like the first blades of grass after winter’s end.

On another positive note I was able to make my first visit to Trademark Brewing in Long Beach, which was the first new brewery I had visited since October 2019! I am not sure the last time I went that long between new discoveries for me, but it was probably before I started going to craft breweries. 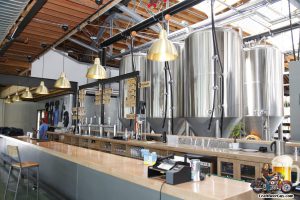 It is no wonder that I cannot remember what I did at the beginning of the year; it was another two months before I had something to post about, or take photos of other than the craft beer can exchanges I had in my driveway and new beer releases. Luckily, Smog City Brewing came to the rescue with their 10th Anniversary celebration.

While I did not make it to the grand opening, The Brews Hall opened a second location in Hermosa Beach.

Other than shooting a small fundraiser at King Harbor Brewing and beer releases, it was another month before I attended an event with a genuine crowd, that being Absolution Brewing Company’s 7th Anniversary Celebration.

The second half of July was fairly active with the Beachwood Brewing Company 10th Anniversary, and my first visit to Paperback Brewing to celebrate their first anniversary. In addition, history was made when Far Field Brewing Company opened in Lawndale, becoming Lawndale’s first craft brewery. 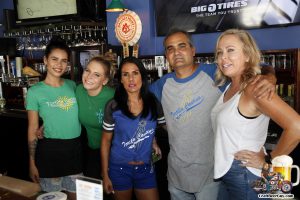 I may not have gone to any events in August, but that does not mean it was not a busy month as I spent most of it preparing for the 7th Annual South Bay Tap Takeover at Tortilla Cantina.

This tap takeover was reminiscent of the ones we put on pre-Covid; it featured 28 local breweries with more than 50 taps. It was a nice beginning to a very active month.

A couple days after the tap takeover, El Segundo Brewing put on their second attempt at their 10th Anniversary celebration (the first attempt was thwarted by Covid); it was a fun event that reminded us all of better times.

The following weekend I attended the 5th Annual Craft Beer LB Fest. This annual event sells out every time and is a great way to experience the craft beer scene that Long Beach has to offer.

While September was obviously off to a great start, it got only better as a couple days after the festival I got in the car and started off on the first craft beer tour I had taken since 2019.

I will admit this trip was different that the others you have hopefully followed here; Covid was pretty much everywhere I went. It got to the point that I was concerned that I could inadvertently spread the virus around the country, so I cut my journey short compared to prior years. That being said, over the course of 16 days I was able to visit 23 craft breweries between Sacramento, Klamath Falls, Bend, Oregon City, Hood River, Camas, Yakima, Vancouver, Eugene, and Medford. I was able to find plenty of fresh hopped IPAs as well as visit with old friends, while making a few new ones along the way. 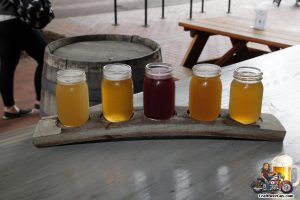 While I was gone Project Barley opened a tasting room on the International Boardwalk, next door the King Harbor Brewing’s Waterfront tasting room; and I saw that Port Town Brewing held some kind of event, so they must be getting closer to opening.

October started off with my nephew’s 4th birthday party, and Long Beach Beer Lab’s 4th Anniversary celebration. The month ended appropriately with a Halloween Hootenanny, presented by LB Obscura, an event production company created by LB Craft Beer and Festival Obscura. All I can say is that this was an outstanding inaugural event; I cannot wait to see how it improves with age.

In November I did something I have not done in quite a while, I went to visit a group of breweries in a “local” city; this time being Huntington Beach.

I went with my friends Jeff and Yurany, who were able to take advantage of the fact that they both had the day off and their kids were in school. We were able to visit Riip Beer Company, Flashpoint Brewing, and Beachwood Brewing. I am going to try and do more of these short trips in 2022.

A couple weeks later, the three of us (Jeff, Yurany and I), and a mutual friend (Jesse) flew up to Portland for an overnight trip to celebrate Jeff’s 40th birthday. Over 36 hours, we visited eight breweries/taprooms; I would like to try and do more of these types of short craft beer trips in the future. 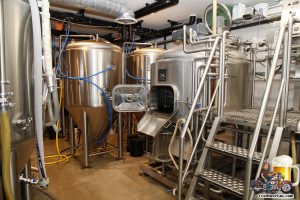 December offered me the first beer dinner I have attended in more than two years, a Winter Beer Dinner at Ballast Point. I hope our “new normal” includes more of these.

I am not going to make predictions this year; I can only hope that you stay healthy and safe, and hopefully we will cross paths for a beer before too long. I do plan on having more can exchanges so follow the Craft Beer Guy Facebook page for more information on those.