A Visit to Trademark Brewing

These photos were taken Sunday afternoon at Trademark Brewing, a production brewery with a tasting room in Long Beach.

I had first become aware of Trademark Brewing probably in the summer of 2019; in fact, I am relatively confident that I had made plans to visit them in July, but there had been some delay in the planned opening date; a rarity, I know. I was able to sample their brews for the first time at the third annual Craft Beer LB Fest. A few months later COVID hit and pretty much put a halt to my ability to go out and visit new breweries.

A couple months ago, my friend Alexis (who you might know from places like HopSaint and Smog City) started working for Trademark Brewing as a beertender/server. Trademark apparently has a policy of cross-training employees that are interested in learning more, so Alexis has helped out when they have done canning runs. As I walk her dog once in a while, Alexis has thanked me with a few of Trademark’s brews. After experiencing some of their tasty brews, I asked if it was okay if I did one of my old school brewery tours as long as I maintained my social distance and kept my mask on. Given the okay, I picked up my buddy Phil and we headed out to Long Beach.

Trademark Brewing is located on Anaheim Street, about a block west of Long Beach Boulevard. I am going to guess that they used to have ample parking before they were forced to turn their parking lot into a patio so they could serve beer onsite. As it stands, they don’t really have parking available.

I was allowed to go in and photograph their massive tasting room, which can hold up to 298 people, as well as the brewhouse and cellaring area. As you can see, they have quite a few barrels on hand; I don’t know for sure what is in them, but they do offer a bourbon barrel-aged imperial stout and a sour, so your guess is as good as mine.

After taking my photos inside, I stepped out onto the dog friendly patio for some beer. Trademark’s tap list is pretty extensive with 20 offerings, ranging from Micheladas and a seltzer to a barrel-aged imperial stout and a sour. As it was at least 90 degrees out (and because of COVID protocol they are not serving flights) I decided to do half-pours and start off light with their Saaz Queen (pilsner), Viking Blonde, and A la Playa (Mexican lager). As good as they were I really had to try their Codebreaker IPA on draft as their canned version had really caused me to want to visit Trademark as soon as possible. As you can probably guess, Codebreaker was my favorite but A la Playa was pretty amazing. If my eyes were closed I would have thought there was a lime sitting on the rim of my glass.

For those seeking food, The Steamin’ Burger food truck was available. Phil said his burger was delicious; I know it smelled great.

Back to Photos from Trademark Brewing
[Show as slideshow] 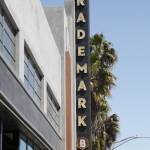 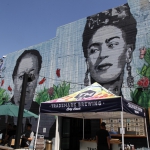 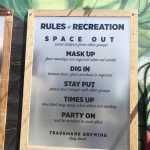 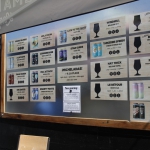 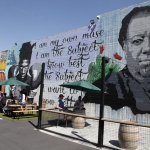 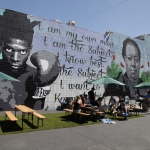 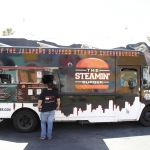 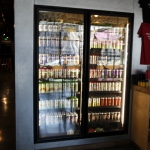 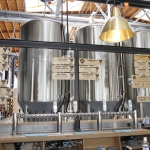 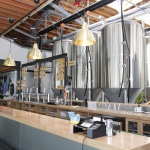 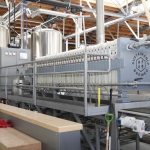 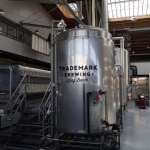 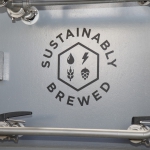 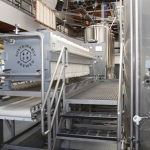 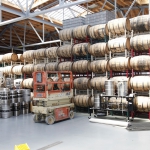 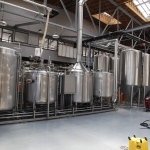 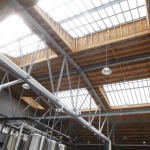 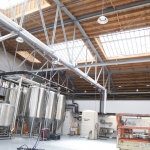 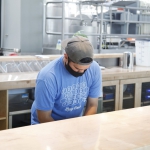 1 2 ►
Back to Photos from Trademark Brewing