These photos were taken at HopSaint Brewing Company in Torrance over the course of four visits, beginning January 20 and ending today, January 27. The artwork was done by Nicolas Thollot-Arsac, also known as bottl3man on Instagram.

Anyone that has gone to HopSaint in the afternoon and sat at one of the community tables, facing away from the bar, is well acquainted with Sports Harbour’s white wall and the blinding glare it can throw out when the sun is heading towards the Pacific. It is no secret, it has been an issue from the beginning; the question was what to do about it. On January 19 I was looking at HopSaint’s Instagram page and saw that they had commissioned an artist from France to paint said wall using only beer bottles. Of course, I had to go check it out.

As I do not speak French, and it was obvious the artist was busy, I settled for taking a few photos on my first visit, as I knew I would return to photograph the progress. On my second visit I ran into HopSaint’s Brian Brewer, who was kind enough to give me a little of the back story. I did not take notes, but I think it goes like this.

My understanding is that HopSaint/Brian was introduced to Nicolas via Bernie Wire. Apparently Nicolas was looking for a blank slate to work with and Bernie immediately thought of the Sports Harbour white wall across from HopSaint. Long story short (because I don’t know all the facts), HopSaint hired Nicolas to paint this mural of inspirational cultural icons.

Apparently, when Nicolas is not painting, he owns what sounds like one might describe as a boutique (one of the few French words I know) bakery. I guess he only has to make 120 a day, and sells them all; he is getting ready to open a new location where he can make 150 donuts a day. It sounds like Nicolas has a great life.

Nicolas has been doing this bottle art for about six years. He has a website you can check out, but his Instagram page was easier for me.

By now Nicolas is probably on his way to LAX which means his work, and all the cleanup is done, so go check it out, and be sure to stop into HopSaint while you are there for some food and a tasty beverage or two.

For those of you that need a little help on who is portrayed on the Celebration of Inspirational Icons mural, from left to right, they are Willie Nelson, Stevie Ray Vaughan, Aretha Franklin, Kobe Bryant, Ray Charles, Lady Gaga, Bob Marley, and Amy Winehouse. Cheers! 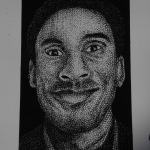 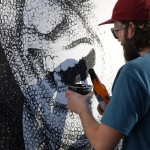 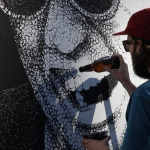 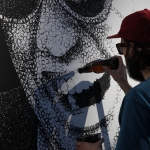 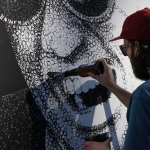 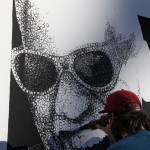 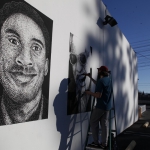 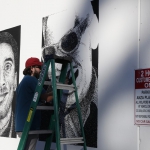 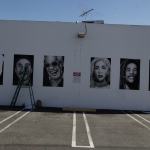 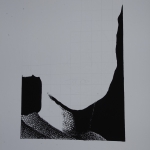 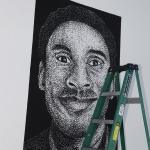 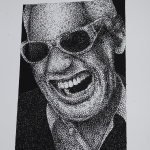 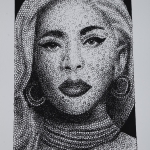 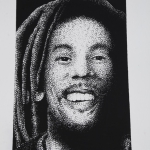 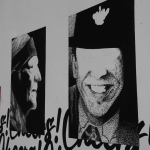 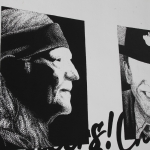 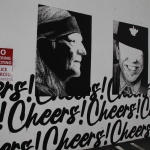 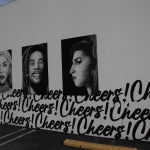 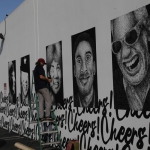