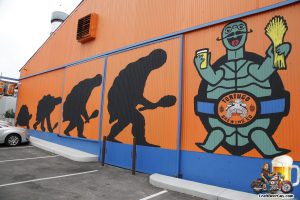 In my review of 2018 I had mentioned there were two new local breweries that I still had not visited, one of those was Tortugo Brewing. I started off 2019 by remedying that. If you have not been, it is a nice location and they have some good brews; you should check them out. END_OF_DOCUMENT_TOKEN_TO_BE_REPLACED 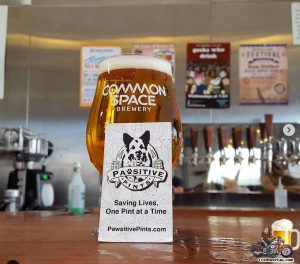 Holders of a Pawsitive Pints card will get one pint for $1.00 from up to 50 craft breweries, brewpubs, and gastropubs between Santa Barbara and San Pedro. The list of participating breweries includes: END_OF_DOCUMENT_TOKEN_TO_BE_REPLACED

When I started this in 2015, we had 10 South Bay breweries with 40 taps; in 2016 there were 15, and in 2017 we had 18 South Bay breweries with 40 taps. In 2018 there was a change of management at the original venue (Flights), and they decided they wanted to do their own thing. I wished them luck, and then approached Rick Gomez of Tortilla Cantina to see if they would be interested in hosting the 4th annual tap takeover. I approached Rick for three reasons; I knew he was a big supporter of the local craft beer scene, every South Bay brewery owner I spoke with knew and really liked Rick, and I knew he had 48 taps. I do not think Rick really knew what he was in for, but he went all-in and the 4th Annual South Bay Tap Takeover ended up featuring 22 local breweries participating, and with the help of a jockey box, 49 taps of craft beer! END_OF_DOCUMENT_TOKEN_TO_BE_REPLACED

After an hour and a half of networking, eating and drinking on one of Liberty Station’s multiple patios, we were guided inside for a short presentation explaining why we were all there … other than the opportunity to network, eat, and drink some of San Diego’s craft beers. END_OF_DOCUMENT_TOKEN_TO_BE_REPLACED 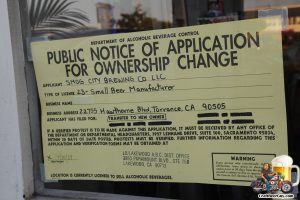 It was early 2016 when I was approached by Bill Baker and Jeff Jennewein; they wanted to open a Brew-on-Premises/Do-it-Yourself craft brewery in Torrance, with a focus on educating the public about craft beer with guest brewer sessions, beer tastings and brewing classes. They asked if I would be willing to speak before the Torrance Planning Commission in support of their Conditional Use Permit. As Baker is a Torrance school principal and Jennewein is a science and math teacher, I readily agreed because what better pairing for education about craft beer can you ask for than a science teacher and a school principal?

By the time Zymurgy had their grand opening, Jenniwein and Baker had decided that their friendship was more important than their business relationship; Baker and Jenniwein had an amicable separation, leaving Baker to run Zymurgy on his own. END_OF_DOCUMENT_TOKEN_TO_BE_REPLACED

These photos were taken Friday evening at the Strand Brewing Company tasting room in Torrance, where friends, fans, family, and former co-workers gathered to say good-bye and congratulations to long time taproom manager, Jonas Neubauer, who is leaving Strand Brewing after more than seven years to pursue his career as a professional gamer.

In case you were not aware, Jonas happens to be a seven time Classic Tetris World Champion, a title that has only been around since 2010. In other words, he has been the champion seven out of nine times. He came in second place in 2014 and again last year in 2018. Since then, Jonas has not been seen at the taproom very much as his most recent second place finish has made him more popular than ever in the gaming world. As such, Jonas has been able to monetize his Twitch and YouTube channels to the point that it made sense to devote more time to gaming; besides, he has to concentrate on winning back the title of Classic Tetris World Champion.

Good luck Jonas, we will be rooting for you. Cheers! END_OF_DOCUMENT_TOKEN_TO_BE_REPLACED

The event was to announce the launch of Brooklyn Brewery’s distribution in California, and as Garrett Oliver put it, they go where their beer goes. Apparently this was one of the few times that Hindy and Garrett has shared the stage together but, to this observer, the discussion ran so smoothly you might have thought it was entirely scripted; it was not. END_OF_DOCUMENT_TOKEN_TO_BE_REPLACED

These photos were taken Saturday afternoon at Select Beer Store in Redondo Beach, where they held their 5th Annual Brewer’s Chili Cook-off. The annual event has been a fundraiser for the last few years; this year the beneficiary was Providence TrinityCare Hospice. I am not sure if they choose different beneficiaries every year or not.

I am not really sure that I have attended any of the prior events, so I know nothing about the prior competitions other than what I overheard and my understanding is that in previous competitions all the chilies were somewhat similar. This year each chili was quite different from the others. END_OF_DOCUMENT_TOKEN_TO_BE_REPLACED

These photos were taken Saturday evening at the Switzer Learning Center, in Torrance, where they held their 2018 Boots, Brews & BBQ fundraiser. The event featured unlimited pours of craft beer from about six local breweries, wine, and an open bar. They also had tequila flights available for an additional fee. In addition to the libations, there was plenty of barbecued meat available courtesy of Shady Grow Foods, as well Mediterranean food from Chicken Maison for the vegetarians in attendance.

The adult only event also offered tickets to ride a mechanical bull, or to practice your aiming at the shooting range that had rifles or revolvers available. They also had a spin and win booze wheel, gaming tables featuring blackjack, 3-card poker and roulette, and live and silent auctions. END_OF_DOCUMENT_TOKEN_TO_BE_REPLACED