If you will recall, last year the county let breweries open for a minute before they shut them down again; that is when Paperback was planning on opening to the public. Instead of filling their tasting room with customers like they had planned, they hooked up with a mobile canning unit and sold beer to go in cans and growlers. In fact, my first experience with Paperback was at a couple of the COVID can exchanges I have been putting on. When Paperback sent me a press release about their official opening to the public I decided to head over for what I discovered was also their one year anniversary.

Upon arrival, the first thing I noticed was that they had a couple outdoor patios set up that had people at every table. I am not sure if the outdoor seating is a permanent thing or if it was just set up for this event. The brewery itself is World War II-era Quonset hut aircraft hanger, and it was full to the brim with lots of families, and maybe even more dogs; it is very dog friendly.

The beer menu featured 18 beers, which were brewed by Brewmaster David Szamborski on their 15-barrel brewing system, which also features five 60 BBL and six 30 BBL fermenters; which Szamborski was proud to state were all full. Apparently, he has brewed 37 different beers since they opened last year. Szamborski has more than 15 years of commercial brewing experience, including a stint with BJ’s and 21st Amendment Brewing where he won six medals at the Great American Beer Festival.

Since it seems like it has been forever since I could, I ordered a flight consisting of Czechs Who Wear Leather pilsner, Raised by Dingoes IPA, Satan Wears Pajamas red ale, What the Fuck!?! DIPA, and Sour Peaks kettle sour. While the IPAs were nice, the Czechs Who Wear Leather and Satan Wears Pajamas were simply outstanding. Sour Peaks was a nice, entry level, crushable sour that just seemed right in the 95 degree weather.

Paperback Brewing usually has food trucks available, but Sunday’s food truck was a little special, they had an In-n-Out Cookout Truck there. Not one to turn down a good time, I enjoyed a Double-Double with a pint of Tucked in by Strangers, a single-hop (Mosaic) IPA. It was a great combination.

Back to Paperback Brewing’s 1st Anniversary Photos
[Show as slideshow] 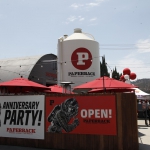 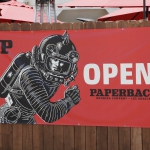 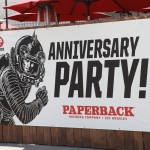 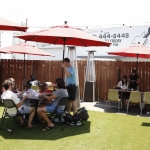 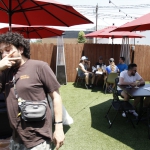 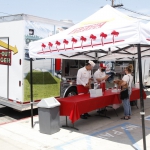 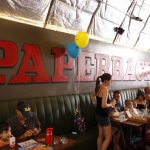 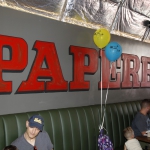 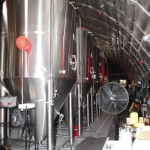 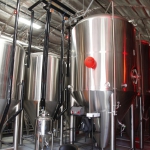 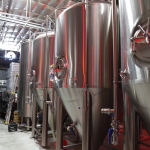 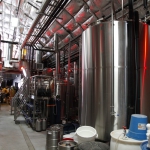 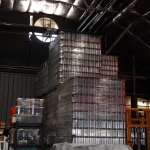 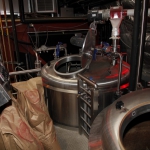 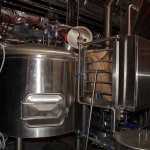 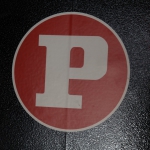 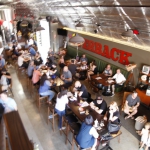 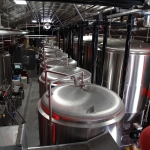 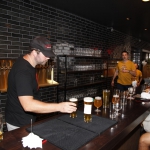 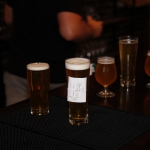