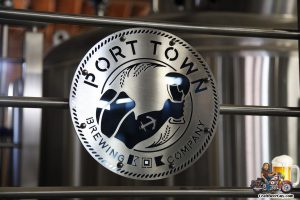 The month ended with a going away party for Smog City’s taproom manager Jason “Breezy” Briseño as he and his bride prepared to move to Australia; I think COVID put a temporary damper on those plans. END_OF_DOCUMENT_TOKEN_TO_BE_REPLACED

The sold out event featured a who’s who of craft breweries, such as Arizona Wilderness, Bottle Logic, Creature Comforts, Great Notion Brewing, J Wakefield, The Rare Barrel, Russian River, and Homage Brewing. There were fewer than 1,000 tickets sold, so the Brouwerij West beer garden area was more than large enough. I only noticed two lines the entire day; one was for Homage Brewing and another for the J Wakefield booth which featured several collaboration brews they have done. As one participant noted, it was one of the few craft beer festivals where Russian River did not have the longest line. END_OF_DOCUMENT_TOKEN_TO_BE_REPLACED

One of the anniversary beers was Better Weather Sweater IPA, which was a collaboration beer brewed at Smog City last month with 20 South Bay breweries. Better Weather Sweater came out amazing; it is very well balanced and with a 5.9 ABV, it is perfectly crushable for this heat we are going through. Better Weather Sweater will be released today (Friday) at all the Smog City locations and at several brewpubs throughout the Los Angeles area. It is perfect for those that complain about IPAs being “too hoppy” as that is not going to be a complaint from anyone. The second anniversary beer was 2nd Cold War Russian Imperial Stout, a collaboration I did with Zymurgy Brew Works back in April. As Zymurgy was sold to Smog City, this was officially the last Zymurgy beer to be commercially available. END_OF_DOCUMENT_TOKEN_TO_BE_REPLACED

When I started this in 2015, we had 10 South Bay breweries with 40 taps; in 2016 there were 15, and in 2017 we had 18 South Bay breweries with 40 taps. In 2018 there was a change of management at the original venue (Flights), and they decided they wanted to do their own thing. I wished them luck, and then approached Rick Gomez of Tortilla Cantina to see if they would be interested in hosting the 4th annual tap takeover. I approached Rick for three reasons; I knew he was a big supporter of the local craft beer scene, every South Bay brewery owner I spoke with knew and really liked Rick, and I knew he had 48 taps. I do not think Rick really knew what he was in for, but he went all-in and the 4th Annual South Bay Tap Takeover ended up featuring 22 local breweries participating, and with the help of a jockey box, 49 taps of craft beer! END_OF_DOCUMENT_TOKEN_TO_BE_REPLACED

A couple months ago I got the idea that since this was the 5th anniversary of the South Bay Tap Takeover that perhaps participating breweries might want to each do an anniversary collaboration with CraftBeerGuy.com. I had spoken with a couple breweries that hinted they might be interested when I went to State Brewing and their head brewer Rob Scott and he suggested that perhaps we could do a collaboration that included all the participating breweries. I immediately knew this would be a much better option so I started thinking about which local brewery would be big enough and central to everyone. To me, the logical choice was Smog City Brewing, so I approached Porter about it; he readily accepted. END_OF_DOCUMENT_TOKEN_TO_BE_REPLACED

These photos were taken Saturday afternoon in Gardena, at the 1st Anniversary of the State Brewing Company tasting room. If it seems like you have been drinking State’s beer for longer than a year, there is a very good chance of that as they have been brewing since at least the beginning of 2016. It was not until last February that they officially opened their tasting room to the public.

The anniversary event, which is still going on as I write this, featured over 20 beers from State Brewing, some of them being very small batches, food from Hotville Chicken and Tacos Bravo, a can release of their Cherry Moon Disco IPA, a DJ and Los Angeles area rapper, Murs (he came on after I left). END_OF_DOCUMENT_TOKEN_TO_BE_REPLACED

Since this was the fourth tap takeover, I have become accustomed to last minute issues coming up, resulting in either a brewery not getting the beers to the venue on time, or a mislabeled keg. As I have read that this is fairly common with even the most efficiently run craft beer festival, I just kind of grin and bear it as most of the time the attendees never even notice. While I was putting out proverbial fires at 10:30 Wednesday night, by the time Thursday morning rolled around everything somehow was falling into place. END_OF_DOCUMENT_TOKEN_TO_BE_REPLACED 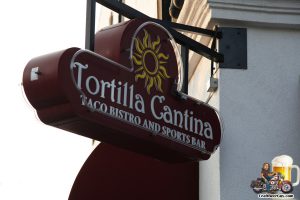 I hope you saved the date as the 4th Annual South Bay Tap Takeover will be held this Thursday, September 6, at Tortilla Cantina in Torrance. This event will feature 22 local breweries, with more than 40 taps under one roof; not bad considering the first South Bay Tap Takeover started in 2015 with just 10 South Bay breweries. That should give you an idea of just how much the craft beer scene has grown around here.

The event will begin at noon and run until 11:30 PM, with happy hour pricing from noon until 7:00 PM. From 7:00-10:00, live music will be provided by Ashleigh Correa and Rock the Ashbah. END_OF_DOCUMENT_TOKEN_TO_BE_REPLACED 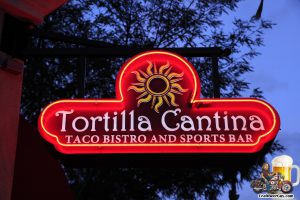 Please save the date, Thursday, September 6, 2018, as the 4th Annual South Bay Tap Takeover is returning; this year the event will be hosted at Tortilla Cantina, in Torrance.

The first time I put on this event, in 2015, it consisted of 40 taps from 10 of the South Bay’s best craft breweries. This year we have 19 breweries currently confirmed as attending; the number of taps we will have has yet to be determined, but Tortilla Cantina’s owner Rick Gomez informed me that he has the ability to provide up to 50 taps, so we shall see.

These photos were taken Sunday afternoon at the 5th Annual South Bay Beer & Wine Festival which was held on Sunday at Ernie Howlett Park in Rolling Hills Estates. Presented by the Rotary Club of Palos Verdes Peninsula and Rotary Club of South Bay Sunrise, 99.9% of the proceeds from this year’s charity fundraising event will go to support the Pediatric Therapy Network and Wounded Heroes of America.

The South Bay Beer & Wine Festival is arguably the best craft beer festival within 100 miles of the South Bay, with unlimited pours from a reported 43 craft breweries (assembled by Beer Paper’s own Daniel Drennon), 17 wineries and food samples from 45 different restaurants and food vendors. People that purchased VIP tickets not only got in early, but they had access to additional vendors offering vodka, tequila and additional food options. END_OF_DOCUMENT_TOKEN_TO_BE_REPLACED