It is that time of year again, when I try to summarize what has happened in the past year, as far as local craft beer is concerned and the highlights of the Craft Beer Guy year. As I typically do, I read over last year’s review to see what predictions I may have made, and how they panned out. 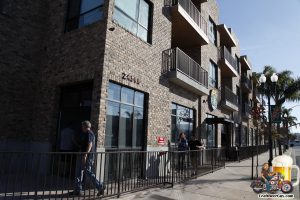 Last year I predicted that Burnin’ Daylight Brewing Company, a brewpub in Lomita; and Port Town Brewing, a production brewery in San Pedro would be open by the end of 2018. While I am sure the respective owners would have loved to see that come true, alas, it was not to be. That being said, Burnin’ Daylight is now brewing beer and they are just waiting for some final checks from places like the county health department. If all goes well, Burnin’ Daylight should be open for at least a soft open by mid-January 2019. Port Town Brewing had a larger obstacle, aka the City of Los Angeles, but they are making progress and might just open their doors before 2019 ends.

I have to admit, with all the growth that is going on around here, I kind of feel like a slacker. It used to be a lot easier to keep up, but I am ashamed to say that there are at least two breweries in the South Bay that I have yet to visit; trying to keep up with the Long Beach area has proven tough. I have to rely on craft beer festivals like Festival Obscura to keep me somewhat in the loop.

January brought us the second annual L.A. Beer and Food Festival which featured 50 LA Brewers Guild member breweries and brewpubs, pouring at least 100 different beers; as well as a half dozen local eateries providing samples of their specialties. Events like this are a great way to sample brews from those breweries you have yet to make it to.

February saw Smog City Brewing continue with their Pints with Purpose fundraiser every Thursday. Smog City donates 10% of their sales every Thursday of each month to a different non-profit. In the past they raised funds for such organizations as Food Forward, Keep a Breast Foundation, Marine Mammal Care Center Los Angeles, and International Bird Rescue. 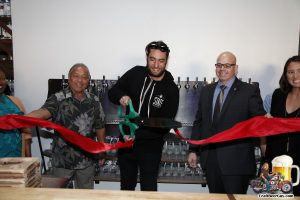 March was another busy month, with Common Space Brewery becoming Hawthorne’s second production brewery. This was quickly followed by Brouwerij West celebrating their second anniversary, Absolution Brewing celebrating their fourth anniversary, and Phantom Carriage celebrating their third. March also had Yorkshire Square’s first annual N’owt but Stout Festival. The N’owt (Nothing) but Stout festival featured nothing but dark beers, like stouts, porters and dunkels from 15 breweries selected by Yorkshire Square’s head brewer, Andy Black. I finished the month by making my annual trek to the Valley of the Sun in Arizona.

In April we saw the opening of Gardena’s second craft brewery, Ximix Craft Exploration, which caused me to define the area as the SpaceX Corridor. The SpaceX Corridor runs along El Segundo Boulevard from the Harbor Freeway (110) and the San Diego Freeway (405). In that stretch there are now four craft breweries and one craft beer bar; State Brewing Company, Ximix Craft Exploration, Common Space Brewery, Los Angeles Ale Works, and Flights Beer Bar.

April was also the fourth anniversary of King Harbor Brewing, the second anniversary of Firestone Walker Brewing Company’s, The Propagator, the fifth anniversary of Smog City Brewing’s Torrance location, and the 8th Annual San Clemente Micro-Brew Festival. We also saw the City of Lomita approve a Conditional Use Permit for Project Barley to open the second brewery in the city. 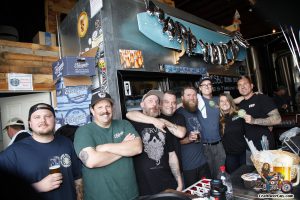 May started off with the one year anniversary of Yorkshire Square Brewery, and the seventh anniversary of El Segundo Brewing Company. This was followed by Naja’s Place 10th Annual IPA Festival, the 5th Annual South Bay Beer & Wine Festival, and Stout Burgers and Beers, The Rarest Experience 2018. 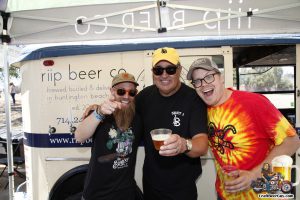 June ended with the inaugural, and hopefully the first of many, Festival Obscura at Sunnyside Cemetery in Long Beach, California. The event was a fundraiser for Sunnyside Cemetery; the second oldest cemetery in Long Beach and one of the oldest in California. The event featured more than 40 craft breweries, wineries, and cider makers; it was an outstanding event by anyone’s standards.

July had several events going on, such as a media preview of 6th and La Brea; the newest brewpub opened by the Artisanal Brewers Collective, a restaurant group co-founded by Tony Yanow, formerly of Golden Road Brewing, and a fundraiser at Smog City for the family of their Retail Director, Jason Briseño whose family home of more than 30 years was destroyed by a quick moving fire that had started within the walls of the house. 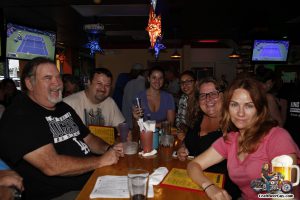 In August, Tortilla Cantina, the new home of the South Bay Tap Takeover, celebrated their eighth anniversary, and the long awaited opening of Hokulea Brewing Company occurred. Three months later Hokulea was closed. SoCal Cider, who shared the space with Hokulea, is still there. August ended on a bittersweet note with Phantom Carriage co-founder Martin Svab and his girlfriend, Ryan Hughes, leaving Phantom Carriage to open The 4th Horseman bottle shop in Long Beach. It is on my list of places to visit in 2019.

The 5th Annual South Bay Tap Takeover will be held Thursday, September 5, 2019 and will be even bigger. Tortilla Cantina owner Rick Gomez has already committed to next year’s event and has plans to take over a part of the street so we will have even more beers available. Save the date, you do not want to miss it.

Since the Brewers Association gave me access to the Great American Beer Festival again, I spent the end of September through the beginning of October on my Craft Beer Tour 2018. In 21 days I drove close to 4,000 miles, and visited 44 breweries in seven states; including my first craft beer visits to Idaho, Washington, and Oregon. 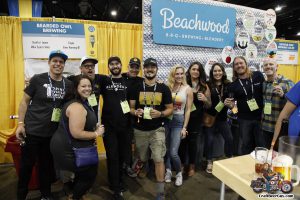 When I returned home in October, a good portion of the month was spent writing about my beercation, but in between articles I managed to attend the 5th Annual Brewer’s Chili Cook-off at Select Beer, and a Classic Tetris World Championship Viewing Party at Strand Brewing, featuring seven time world champion Jonas Neubauer, who also happens to be the taproom manager for Strand. Jonas put up a valiant effort, but came in second this time; I am sure we will see him in the finals again in 2019.

November was actually a pretty mellow month as far as events were concerned. I did drive to San Diego for the soft open for the new Melvin Brewing which opened in the East Village area of San Diego. The highlight of the month had to be Yorkshire Square’s inaugural Cask’s Not Dead Fest which featured 32 cask ales, provided by 29 local craft breweries, and one from Germany. The event included a friendly competition between the 30 breweries. As most of the breweries do not typically provide cask ales the competition was broken down into two categories, Traditional Cask Ales and Abnormal Ales. Yorkshire Square is definitely doing their part to promote craft ales in the Los Angeles area with events like this. 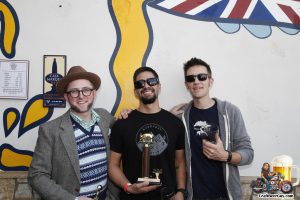 December ended with the EL Segundo Holiday Parade, Absolution Brewing’s holiday party, and the King Harbor Brewing Ugly Sweater Party. The year ended with the inaugural Pasadena Tournament of Roses Sip & Savor, a three-day end-of-year event held at the Rosemont Pavilion/Jackie Robinson Memorial Field at the Rose Bowl. It was a pretty fun event; I look forward to seeing the improvements next year.

2018 also saw some pretty major brewer changes in the local craft beer scene. In August, State Brewing let their head brewer Robert Sanchez go because they wanted to go a different direction. At the end of October, Absolution Brewing’s head brewer Bart Bullington left after four years to spend time with his family. About the same time, Ximix Craft Exploration and head brewer Erik DeBellis parted ways. DeBellis started working at Absolution in November, and Sanchez is now working at Ximix. So far, this seems to have been a good thing overall and it will be interesting to see how 2019 pans out.

As far as predictions for 2019, Burnin’ Daylight will definitely be open, hopefully within weeks, but within a month or so for sure. The next one should be Project Barley in Lomita, followed by Port Town in San Pedro.

One Response to The Craft Beer Guy 2018 Year in Review