A Visit to Tortugo Brewing Company

These photos were taken Saturday afternoon, when I made my first visit to Inglewood’s second craft brewery, Tortugo Brewing Company.

If you happened to read my review of 2018, you might recall my saying that I kind of feel like a slacker due to my inability to keep up with the local craft beer growth stating that there were at least two breweries in the South Bay that I had yet to visit; Tortugo Brewing was one of those two.

Tortugo opened at the end of June and definitely stands out as you drive down the street towards it. It is a 6,600 square foot building that appears even larger with its bright orange and blue highlights paint job. As founder Joe Kovach put it, there has been nothing new on the street in a couple decades; the color makes it pretty tough to not notice something new on the street. The color scheme is meant to represent a bright sunset (the orange) over the ocean (the blue).

I then moved on to a flight made up of their Marzen, Radler, and Pale Ale Vol2. The Marzen was true to style, the Radler would be great if it wasn’t a cold and rainy day, and I thought this most recent release of the Pale Ale was a lot more impressive than the first release.

The last flight consisted of specialty brews that are one-offs that may or may not be seen at a later date. They were Mai-Tai PA (Kicker Rock on pineapple, orange, coconut, and cherry), Island Time (Isabela White on passion fruit, orange, and guava with a touch of Hawaiian pink salt) , The German (a traditional open fermented Hefeweizen), Tortugo-Nog (a golden milk stout topped with nutmeg), and Dang Good Alt (brewed with Inglewood honey). Tortugo-Nog was my favorite of the flight, probably because of the great coffee combined with the heavy rain that started when I started drinking it.

As I was drinking my first flight, I was trying to figure out what the theme was as far as the names were concerned. If you knew that Cristobal, Seymour, Baltra, Isabela, and Kicker Rock were all names of islands or rock formations in the Galapagos Islands, you are one smart cookie.

When I first met Joe shortly after he had opened, he told me that he was the one and only employee, doing everything from brewing the beer to manning the taps to outside sales. As of today, he has eight employees, of which he is quite proud. He wants to produce 1,000 barrels in his first year, and after six months, he is only off his target by 13 barrels. I have a feeling he will hit his mark.

Tortugo Brewing Company is located at 916 W. Hyde Park Boulevard in Inglewood. They are open Thursday through Sunday, are dog friendly, and offer growlers and crowlers to go. Cheers!

Back to Photos from Tortugo Brewing Company
[Show as slideshow] 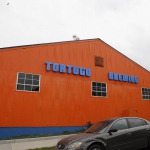 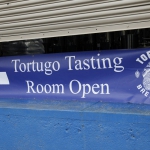 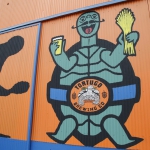 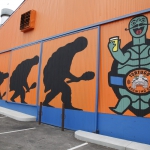 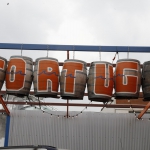 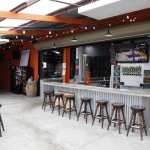 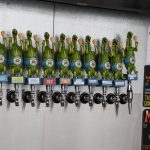 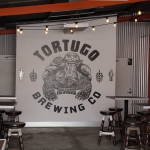 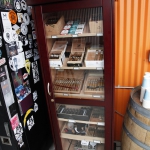 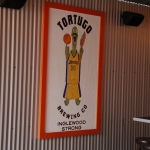 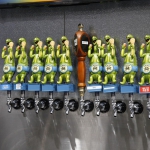 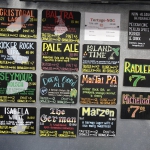 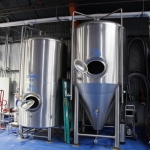 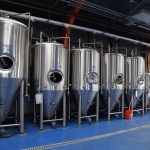 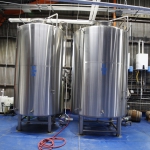 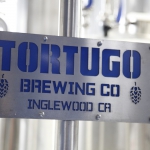 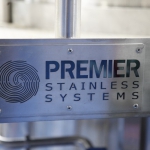 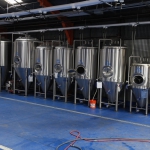 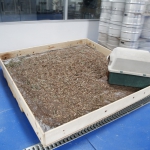 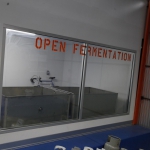 12►
Back to Photos from Tortugo Brewing Company