A Return Visit to the Valley of the Sun

Every year at this time, I make my annual trek to the Valley of the Sun, which is essentially the Phoenix, Scottsdale, and Tempe area of Arizona. I returned there last week and as I was preparing to write my article about my most recent beer travel, I came to the realization that while I went to Arizona last year and took photos, I never wrote about it. These photos will begin with my visits to O.H.S.O. Eatery & nano-Brewery, and McFate Brewing Company in 2017; and will end with my visits to Wren House Brewing, Scottsdale Beer Company, and Blasted Barley in 2018.

My typical Valley of the Sun weekend begins with go-kart racing in Scottsdale and ends with a convention in Tempe. This means that I set my GPS for a brewery that will get me closest to the race track in Scottsdale. In 2017 my first destination was O.H.S.O. Eatery & nano-Brewery, a brewpub located in the Arcadia area of Phoenix.

O.H.S.O. may be a nano-brewery, but they had 18 beers on tap the day I visited; they also offer several guest taps, and a few vodka drinks made with vodka from their distillery located at their second location across town. As I was traveling solo, I opted for a flight made up of their Lemon Meringue Blonde, Reversed Mosaic Session IPA, Hoppy IPA, and Red Leader, a red IPA. According to Untappd, I enjoyed all the IPAs a lot; so much that I went ahead and got an I Spy Rye IPA to enjoy with my sandwich, The Pilgrim.

O.H.S.O. has a nice, dog friendly patio out back and abuts the Arizona Canal. There is a bike and walking route along the canal, so O.H.S.O. has set up a lot of bike racks for those that want to take a break from their riding. The patio also includes a “Barking Bar” watering station for dogs, as well as free dog treats made from their spent grains.

O.H.S.O. Eatery & nano-Brewery is located at 4900 E Indian School Road in Phoenix. They are open until midnight every day except Friday and Saturday, when they are open until 1:30 AM. They sell 32oz and 64oz growlers to go.

I recall that they were very busy on the Wednesday afternoon I came to visit; they were going to give me a tour of the brewing facilities but got too busy to accommodate me. Instead I enjoyed a flight of their Pale Oat Pale (100% Cascade), Nelson Schmelson (Pale Ale), and Fateful IPA, then finished off with a Fatality IPA. They were outstanding.

The McFate Brewing Company location I visited this time was located at 1312 N. Scottsdale Road, in Scottsdale. McFate Brewing is open seven days a week, has a dog friendly patio, and they sell growlers to go.

While I was in Tempe in 2017 I attempted to revisit Pedal Haus, but apparently they are doing quite well as they were so crowded I did not have enough time to wait for a table. I did revisit Blasted Barley, but they were going through some tough times. Their original brewer had moved on and his replacement was killed not too much later in a motorcycle wreck. When that happened the original brewer returned; when I was there in 2017 their guest tap list and great food were my reasons for using them as my rest area.

Fast forward to last week, and I was headed to the Valley of the Sun once again. This year, I had asked for some recommendations on my Facebook page and someone suggested Wren House Brewing in Phoenix; so that was my first stop.

Wren House Brewing is a production brewery with a small tasting room in the Green Gables neighborhood of Phoenix. The brewhouse is out back from the tasting room, and it was not really a convenient time, so I did not have an opportunity to check it out. What I did have time to try was their beer; as they had eight beers on tap (and one available in cans only), I did it with a flight consisting of their Big Spill Pils With Nelson, Wrenovation IPA, Spellbound DIPA, Sad Boy Wally TIPA, and Mocha Loca Imperial Stout. I would say that Big Spill Pils and Mocha Loca were my favorites, but if you are into the “juicy, hazy” IPA phase, you will probably enjoy Spellbound and Sad Boy Wally more than I did.

Wren House Brewing Company is located at 2125 N 24th Street in Phoenix and opens at noon, seven days a week. They do not sell food, but you are welcome to bring your own. They are dog friendly and sell growlers and cans to go.

By the time I left Wren House I was getting a little hungry and I needed to get closer to the go-kart track so I headed to Scottsdale and Scottsdale Beer Company.

Scottsdale Beer Company is a very large brewpub, with a dog friendly patio, so Buddy was happy about that. The brewhouse has five 10 bbl fermenters and five 10 bbl serving tanks; it was pretty busy so I did not bother asking for a tour, but I was seated close to the door of the brewhouse, so I got a couple shots of it.

On the day of my visit they had 12 of their beers on tap as well as several guest taps as well as guest bottles available for on-site consumption. I had a flight made up of their Cannonball Pale Ale, East End Amber, Oat On A Limb oatmeal stout, The Ocho DIPA, and Across The Pond barleywine; The Ocho was definitely my favorite.

Scottsdale Beer Company is located at 8608 East Shea Boulevard in Scottsdale and is open seven days a week. They sell 64 and 32oz growlers, and 32oz crowlers to go.

During my time in Tempe I did not have time to do any exploring, but Blasted Barley Beer Company is literally across the street from the hotel I stay at, so I did have dinner there one night. Apparently the original brewer is still there and one can tell that the beer is definitely getting better. Blasted Barley probably had more guest taps than their own, but it was hard to tell with the poorly printed menus. I tried the Duke of Dank DIPA and Original Sin Belgian Dark; both were solid and the food remains delicious.

Blasted Barley Beer Company is a brewpub and is located at 404 S. Mill Avenue in Tempe; they are open daily and have growlers to go.

Back to Valley of the Sun Breweries
[Show as slideshow] 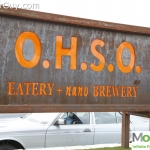 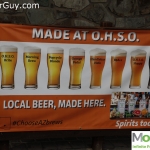 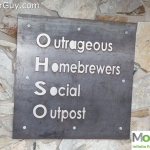 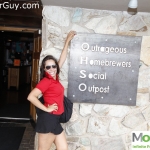 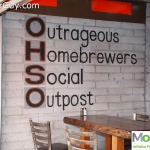 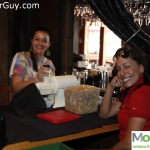 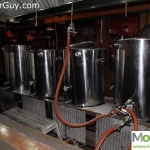 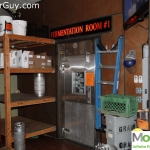 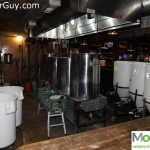 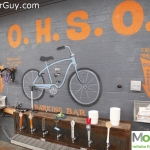 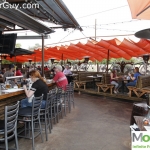 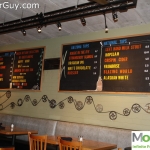 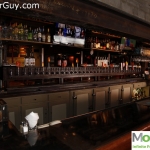 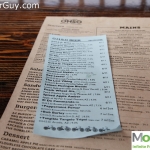 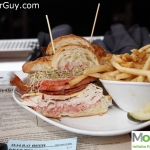 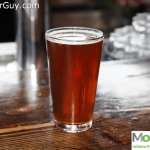 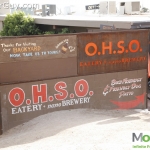 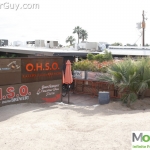 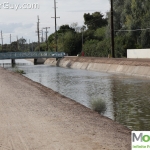