These photos were taken Thursday evening at a Christmas Bottle Share benefiting the Richstone Family Center, which was held at the King Harbor Brewing tasting room.

In what has become a Christmas tradition in the South Bay, local craft beer aficionado and beer hoarder Chad Hazen, held the fifth in a series of bottle shares benefiting Richstone Family Center.

The first of the bottle shares was in December of 2014 when Hazen decided he wanted to quit drinking beer for a year while he trained for a marathon. As he travels a lot for work he had built up quite a collection of craft beer and he felt it would be too much temptation to have all that beer around while he trained. He got together with King Harbor Brewing Company, he is one of the investors, and they decided they would have a bottle share benefiting Richstone Family Center. END_OF_DOCUMENT_TOKEN_TO_BE_REPLACED

These photos were taken Saturday at the Chad’s Beer Cellar IV bottle share which was held at King Harbor Brewing Company in Redondo Beach. This event was the fourth and possibly final bottle share put on by local beer hoarder and King Harbor Brewing investor, Chad Hazen. All the funds from the event went to benefit the Richstone Family Center which is located in Hawthorne. The Richstone Family Center is dedicated to preventing and treating child abuse.

First off, I would like to personally thank everyone that showed up. While my involvement with the event was limited to getting the word out, the previous events never sold out, which I found incredulous considering the quality of the beers that were made available. I made it a personal goal to see that they did sell all 100 tickets this year, and it happened. While all the monies have not been tabulated yet, with ticket sales, raffles and the silent auction, over $8,000 was raised for Richstone. Of course, none of this would have been possible without Chad.

The first of these bottle shares was held in December of 2014 when Hazen decided he wanted to quit drinking beer for a year while he trained for a marathon as he felt his collection of beer was just a little too much temptation. He got together with King Harbor Brewing Company and they decided they would have a bottle share benefiting Richstone Family Center. END_OF_DOCUMENT_TOKEN_TO_BE_REPLACED

As you look through the photos you are going to notice lots and lots of great beer and lots of big smiles. People really could not help themselves; it really was like an adult version of Willy Wonka’s Chocolate Factory, with all the attendees having won a Golden Ticket. END_OF_DOCUMENT_TOKEN_TO_BE_REPLACED

I have mentioned numerous times that Hazen’s prior events have been better than any beer festival I have attended to date; now I have obtained a list of the beers that will be there so you can see for yourself. Just take a look at Chad’s Beer Cellar Bottle List END_OF_DOCUMENT_TOKEN_TO_BE_REPLACED 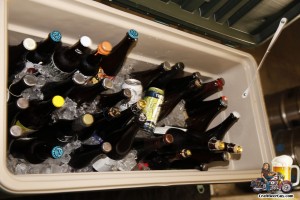 The first of the bottle shares was in December of 2014 when local craft beer aficionado and beer hoarder Chad Hazen decided he wanted to quit drinking beer for a year while he trained for a marathon. As he travels a lot for work he had built up quite a collection of craft beer and he felt it would be too much temptation to have all that beer around while he trained. He got together with King Harbor Brewing Company, he is one of the investors, and they decided they would have a bottle share benefiting Richstone Family Center. Instead of attendees bringing their own bottles, Hazen provided about 80 from his collection to be shared with the 50 attendees that purchased tickets. As you can see from the list of beers, it was an amazing time. END_OF_DOCUMENT_TOKEN_TO_BE_REPLACED 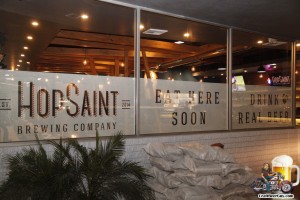 2015 in the South Bay ended pretty much as it started, with the soft open of a new brewpub. In January Phantom Carriage officially opened, and at the end of December HopSaint Brewing Company opened their doors. While they are open daily, the official opening of HopSaint will be January 1, 2016 when they will start serving lunch at 11:30 AM. END_OF_DOCUMENT_TOKEN_TO_BE_REPLACED

I tried making sure all of you knew about this event, but a relatively few showed up. There was a cap of 100 tickets being sold, but if they sold 50, I would be surprised. If you meant to go but forgot, you blew it. Take a look at the list of brews we had available to us:
END_OF_DOCUMENT_TOKEN_TO_BE_REPLACED

On Saturday afternoon King Harbor Brewing Company (KHBC), Redondo Beach’s only production brewery, held their one year anniversary party at their tasting room. King harbor used the celebration to raise funds for the Richstone Family Center in Hawthorne. And when I say celebrate let there be no mistake, King Harbor pulled all the stops with this event.

While the tasting room remained open for the general public to join the party for free, the parking lot was transformed into party central for those that wanted to attend the fundraising portion of the event. Included in the price of admission was access to many cask and one offs brews including their Single-Barrel Anniversary Ale and a Belgian style pale ale that King Harbor did in collaboration with Telegraph Brewing Company. Live music was provided by local musicians Nick Shattuck, Dankrupt and The Thirsty Crows. There was also a dunk tank that featured local celebrities and a couple craft beer celebs such as Beer Paper L.A.’s Daniel Drennon and yours truly. Everyone that came to the parking lot portion also received a nice commemorative mug and a bottle of their Sh!ft 1 Anniversary Ale, an Imperial Brown Ale aged in Corsair Whiskey Barrels with graham crackers and cacao nibs. Food was available for purchase from Fill R Up Gastro Garage and Los Angeles Fry Company. END_OF_DOCUMENT_TOKEN_TO_BE_REPLACED

This bottle share was a little different than any bottle share I have attended previously in that attendees did not bring any bottles; the beers were all donated by Hazen from his personal stash; and what a stash it was. The published beer list would make any bottle shop proud: END_OF_DOCUMENT_TOKEN_TO_BE_REPLACED

In addition to the ticket sales for the event, which sold out, there were raffles for dinners, massages, hockey and more. I think it is safe to say that the Richstone Family Center was very happy with the results of this fundraiser. Judging by all the smiles seen in the photos I am not the only one that had a great time and I look forward to attending next year’s event.