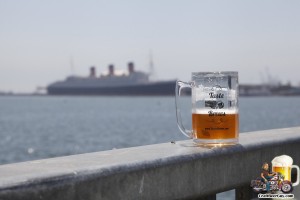 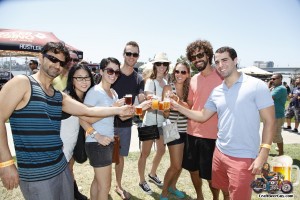 In addition to all the great beer and what promises to be another beautiful day for the beach there will be live music and food trucks including Urban Pie, Viking Truck, Porko Rico, Dogzilla, Slammin’ Sliders and Bacon Mania. Local restaurants Stonefire Grill, Slater’s 50/50 and Bubba Gump Shrimp Company will be providing food samples for attendees to enjoy. Pricing currently starts at $32.50 for the 3-hour session (1pm to 4pm) and $42.50 for the 4-hour session (noon to 4pm) which includes unlimited beer tasters, drinking water, food samples (while available), access to food trucks and live entertainment. A limited number of designated driver tickets will be available at the door for $20.00. As should be expected, all attendees must be 21 or older. Now, because you have read this far you get a special deal; how about $7.00 off each ticket when you purchase your tickets online in advance? That’s right; Craft Beer Guy followers will get $7.00 off each ticket if you use the PROMO CODE: craftbeerguy.

If you have been following CraftBeerGuy.com you know I have never steered you wrong; don’t wait until I put the photos up on August 24 and wish you were there; take my word for it, this is going to be a great event and you are going to wish that you had been there. If you need a little more incentive, a portion of the proceeds for this charity event will go to the Long Beach Marine Institute and the 1st Marine Division out of Camp Pendleton.

New this year, Taste of Brews is introducing their Craft Beer Chase; a social media-powered scavenger hunt that drives traffic to participating breweries. Aimed to be a ‘thank you’ for the breweries that are providing the beers for this event, Taste of Brews will issue a weekly photo challenge via Facebook and Twitter, along with choosing random winners. The Craft Beer Chase runs from July 21 through August 17. You can find more details at http://www.tasteofbrews.com/tobcbc.html.

I look forward to seeing you at Lighthouse Park on Saturday August 23; be sure to smile for my camera. Lighthouse Park is located at 200 Aquarium Way in Long Beach; parking is $7.00 at the Pike Parking Structure. For more information or to purchase tickets, please visit www.tasteofbrews.com. Cheers!