These photos were taken Wednesday evening at Abigaile Restaurant and Brewery in Hermosa Beach, where Head Brewer Josh McCombs teamed up with Executive Chef Tin Vuong, and Chef de Cuisine Matt Sprister to put on a delicious six course dinner paired with beers brewed by McCombs.

The first course was their Apple-Chicken Liver on country toast with an onion confit paired with McCombs Hurley McSurley Pilsner. To be honest, when I saw this on the menu I was not sure I was even going to try it; I am glad I gave it a shot because it was amazing. It reminded me of when I attended PAIRED last year in Denver. I knew this was going to be a good night.

The second course consisted of their African Red Mango curried scallop with a tomato relish, which was paired with their Big Boss Brut IPA. The slight sweetness of the IPA went nicely with the scallop.

I think the third course may have been my favorite with their Tunisian Lamb Kebab with zaatar and yoghurt sesame sauce. This course was paired with their Bingo Bango Amber Ale, which was probably my favorite beer of the evening. The maltiness of the amber ale was perfect with the flavors from the kebab.

I have to admit, by the time we got to the fourth course I was thinking I might need a doggie bag, but the Creole Spiced Seared skirt steak with Beer-Shoyu Mustard was so good I probably would have ended up eating it on my Uber ride home. It was paired with McCombs Yahtzee hazy IPA.

The fifth course was their Duck Mole Quesadilla with roasted salsa and guacamole, which was paired with their Soul Train Imperial Stout. It was amazing how much goodness could be wrapped in a quesadilla. The Soul Train comes in at 12.3% ABV, so it was a good thing the dinner was wrapping up.

The dinner had been advertised as a five course meal, so I kind of figured that the Duck Mole Quesadilla was going to be dessert because, well, because that’s when you have an imperial stout; right? Well, I guess dessert had been an oversight when they first came up with the menu for the dinner.

Our dessert, and final course, was a Red Velvet Ding Dong with which we were given two choices to pair with it. There was the nitro version of Soul Train or their Suave Polynesian Milkshake IPA; I had both, with no regrets. Typically, I avoid red velvet cake, but the sauce and chocolate made it delicious.

All the items we had at the dinner are on Abigaile’s food menu regularly, so if you did not make out last night you can create your own personal beer dinner.

Abigaile Restaurant and Brewery is located at 1301 Manhattan Avenue in Hermosa Beach. They are open seven days a week and offer growlers to go. Cheers!

Back to Abigaile Brewer’s Beer Dinner Photos
[Show as slideshow] 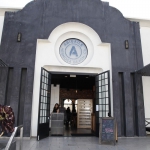 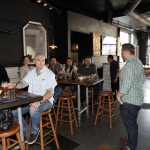 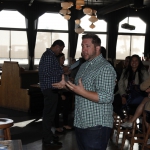 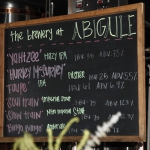 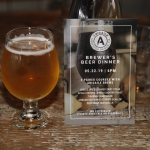 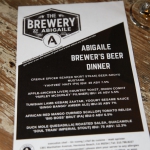 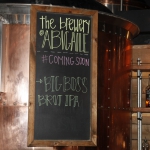 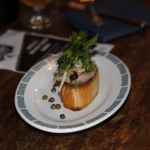 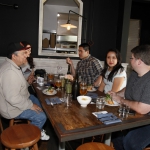 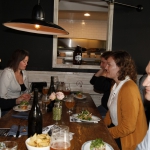 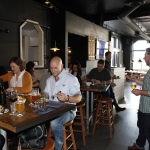 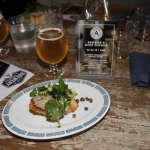 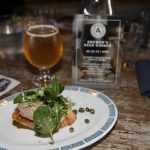 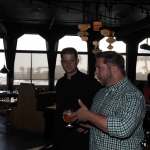 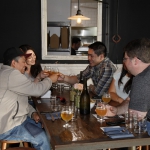 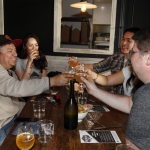 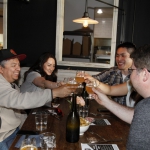 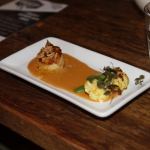 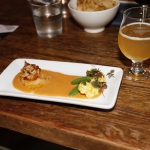