These photos were taken Friday, September 21, which was day five of my Craft Beer Tour 2018 and day two of the Brewer Association’s 2018 Great American Beer Festival (GABF) which is being held at the Colorado Convention Center in Denver.

Friday began with a Media Brewery Tour, which was put on by Discover Denver. We visited three Denver breweries to give newcomers to Denver an idea of the scope of the craft beer revolution in Denver. We visited Oskar Blues new Denver location, Oskar Blues Grill & Brew, the new Odell Brewing RiNo Brewhouse, and Call to Arms Brewing.

Our first stop was the newly opened Oskar Blues Grill & Brew. They do not brew beer on-site, but they have 48 taps, all of which appeared to be breweries that are part of Canarchy. The kitchen serves a Southern-inspired menu of Creole and Cajun dishes as well as their popular hamburgers. We did not have time to order food, so I have no comment.

They have a room downstairs from the main restaurant, where they have live music. We were taken down there and given the story of Oskar Blues as well as the music memorabilia that adorns the walls. We were treated to a couple of their beers; Spinner, and a new one, Grand Prix Rose; Grand Prix was the first one they gave us and it really caught me off-guard, in a good way. I guess it is an experimental, but it was totally unlike anything I have had from them as it was almost a sour; pretty nice for a first shot.

Oskar Blues Grill & Brew is located at 1624 Market Street in Denver; they are open seven days a week, with a brunch on Saturday and Sunday.

Our second stop was Odell Brewing Company’s new RiNo taproom. They do brew beer at this location, but it is all small batch experimentals. When I was there they had 16 taps open; half of them were RiNo Exclusives, with the other eight being Odell Classics. Judging by the size of the taproom I suspect the brewery portion would have been far too small for our group of 15+ to take a tour of it; instead we were given two of the beers brewed in-house, Calypso and Cashmere, and their Sippin’ Pretty.

The Odell Brewing RiNo Brewhouse is located at 2945 Larimer Street in Denver and they are open seven days a week. They offer crowlers of the beers brewed on location. They do not offer food yet, so outside food is welcome.

Our final stop was a new microbrewery, Call to Arms Brewing, which has been open for just over three years. The three owners, Jesse Brookstein, Jon Cross, and Chris Bell, all came from Avery Brewing, so it was not a big surprise at how good the beers were. We were provided Seshtoberfest (a session Oktoberfest), Burkhalter Dunkelweizen, and this year’s World Beer Cup gold medal winning More Like Bore-O-Phyll IPA; I will let you guess which my favorite was. I will say Burkhalter paired very well with the pretzel bites that were provided by a local bakery, The Noshery.

Call to Arms Brewing is located at 4526 Tennyson Street in Denver and is open seven days a week. They had 14 taps available when I was there, and they offer 32 and 64 ounce growlers to go.

After the tour, the shuttle dropped us off at the Colorado Convention Center, just in time for our early entrance. After wandering around with Beer Celebrator’s Tomm Carroll for a while, I headed over to the PAIRED event. As I am writing this a couple days later, let me sum it up by saying this was definitely the highlight of GABF as far as I was concerned; it was amazing.

I am not a food; I guess I used to be, but I am pretty simple when it comes to food these days. Heck, I am not sure how to pronounce foie gras, so I cannot claim to be a food expert by any stretch. The PAIRED event had me eating things I never would have given any thought to; and it was all melt in your mouth, cut with a plastic fork delicious. It got to a point that I did not bother reading what the food was. I just picked up a plate and got the beer that paired with it, took a photo and enjoyed. There was so much food and the beer pairings were spot on. I ate more good food in a couple hours than I had in I don’t know how long.

The Brewers Association was going to bring PAIRED to Los Angeles this coming October; unfortunately, people in Los Angeles don’t buy tickets two months ahead of time, so they cancelled the event due to lack of interest. I spoke with several of the chefs and they told me they were going to be included on the food side of the event, and expressed disappointment at learning the event was cancelled.

The point is, if the Brewers Association is bringing PAIRED within 100 miles of you, you should go for it. You will eat some amazing food and wash it down great beers. A week ago if you had suggested foie gras (I ate it, but still don’t know how to pronounce), chicken liver, or smoke trout roe is something I would enjoy, much less want a second serving of, I would have laughed; I wish I could have brought a doggie bag home with me.

After filling myself with the aforementioned delicacies, I venture back out on the festival floor. I remember Tomm mentioning how when he came out of the PAIRED event the night before, the floor seemed deafening; he was right. You put that many people in one spot and it will be loud; PAIRED was actually quiet; at least comparatively speaking.

After hunting down people I was unable to find on Thursday for some photos, as well as sampling a few more beers, I opened my Uber app and headed home; Saturday morning will come early with the GABF Awards. Cheers!

Back to 2018 GABF Day Two Photos
[Show as slideshow] 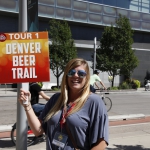 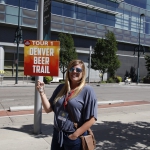 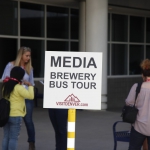 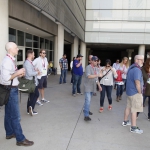 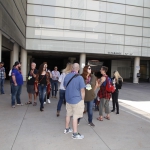 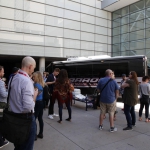 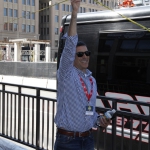 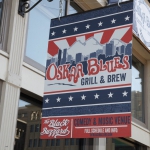 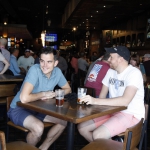 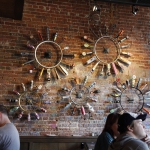 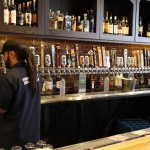 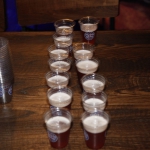 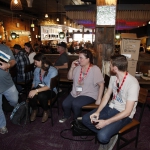 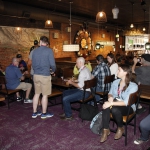 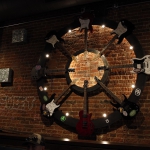 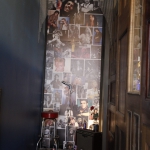 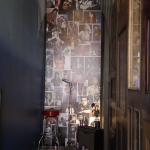 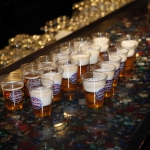 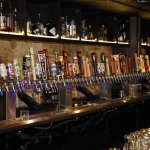