I would like to congratulate Radtke, Todd Worley and the entire staff of the Alpine Inn for a job well done and I would like to thank all the Craft Beer Guy followers that came up an introduced themselves; I truly do enjoy meeting you. I hope to see all of you next year at the 3rd Annual Alpine Kraft Bierfest. Cheers! END_OF_DOCUMENT_TOKEN_TO_BE_REPLACED 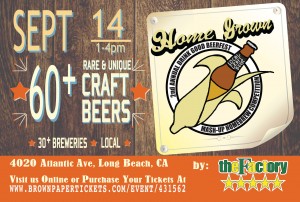