My first tap takeover was held on the first Thursday of September in 2015, and as the craft beer scene around here grew, there started to be overlaps when it came to craft beer festival dates and brewery anniversaries, and everyone started changing dates of their events to avoid conflicts. The fact of the matter is that there was just too much going on out there, so I set it in stone that all subsequent South Bay Tap Takeovers would be held on the first Thursday of September; that worked out okay until COVID-19 struck and the State of California and the County of Los Angeles decided restaurants, breweries, and bars had to discontinue in-person dining.

Other than the inaugural event, which wasn’t even decided on until mid-July, planning for this event typically begins in June. Of course, there was no reason in June 2020 to start planning any type of craft beer event that wasn’t virtual (to be honest, I did ponder doing that). When the City of Torrance started letting restaurants in Old Torrance expand their outdoor dining, Tortilla Cantina’s owner Rick Gomez began giving some consideration to hosting the event again this year, but we were still waiting to see how this very fluid situation would end; it was obvious it wasn’t going to happen in September. The fact of the matter is I wasn’t given the green light to put this together until November 4; instead of having three months to put it together, we had three weeks!

If trying to put this event together in three weeks was not enough pressure, as I was enjoying a beer at Burnin’ Daylight Sunday afternoon, around 3:30 PM the County of Los Angeles announced the effective 10:00 PM Wednesday, outdoor dining would be discontinued for at least three weeks. Luckily, the South Bay Tap Takeover was scheduled to end at 10:00 PM, but the beer intake to Tortilla Cantina had to be limited if they were going to be forced to go back to to-go orders only.

In a nutshell, this meant that instead of 26 South Bay breweries and 50 taps, we had to cut back a little; but we did the best we could and still ended up with 19 South Bay breweries on tap, as well as a couple leftover taps from such breweries as Almanac and Beachwood. The South Bay breweries consisted of Brouwerij West, Burnin’ Daylight, Buzzrock Brewing, Common Space, Culture Brewing, El Segundo Brewing, George Lopez Brewing. HopSaint, King Harbor Brewing, LA Ale Works, Project Barley, Scholb, Smog City Brewing, Surfridge Brewing, The Crac, Honest Abe Cidery, Three Weavers, Tortugo, and Upshift Brewing.

Those of you that attended the 5th Annual South Bay Tap Takeover may recall that Tortilla Cantina set up a couple taps that the proceeds went to help a friend; this year, all proceeds from the HopSaint Brewing Company beers are being donated to one of Tortilla Cantina’s favorite charities; Noah’s Bark Dog Rescue. Since we were unable to consume all the beer in one day, Tortilla Cantina is selling 16oz cans of every beer they have on draft; and all proceeds from the HopSaint brews will still go to Noah’s Bark. As you can imagine, with the current COVID situation, charities like Noah’s Bark need all the help they can get. While we usually get sixtels for the tap takeover, Rick bought half-barrels of the HopSaint brews out of his pocket, so if you are a beer lover that also loves dogs, please consider visiting Tortilla Cantina and buy a 4-pak or two.

If you did not get a chance to come to the tap takeover, but want to experience what was available, many of the beers did not sell out, and will be available in cans at Tortilla Cantina. Naturally, they are closed on Thanksgiving but will open at 4:00 PM Friday and Saturday. They will be closed Sunday and Monday to take a well-deserved break, and will reopen on December 1, Taco Tuesday, from noon to 8:00 PM for to-go only.

I would like to thank everyone at Tortilla Cantina, all the participating breweries (and those that wanted to, but understand the circumstances), and all of you that came out to support our local breweries and businesses. Hopefully, the 7th Annual South Bay Tap Takeover will be held September 2, 2021. Cheers! 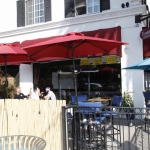 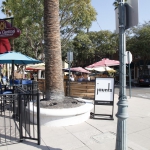 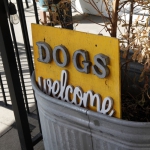 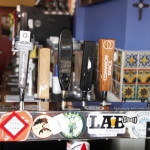 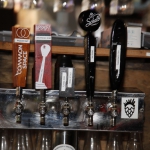 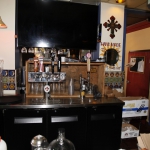 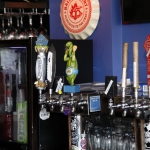 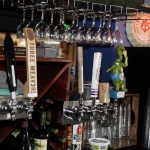 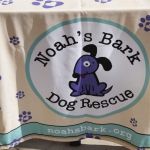 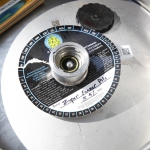 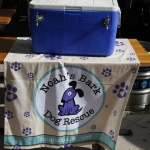 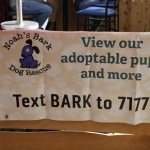 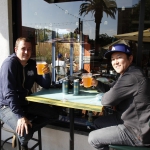 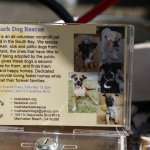 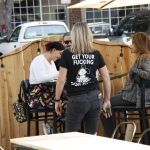 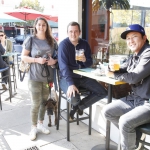 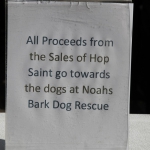 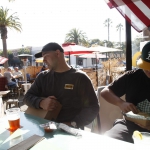 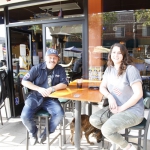 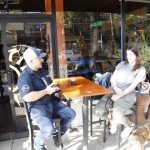