Crac Brewery and Grub: From the Beginning

These photos were taken at Carson’s newest brewpub, The Crac Brewery and Grub; the photos are of the construction I observed between November 4, 2019 and day one of their soft open, November 21, 2020.

It was Halloween 2019 B.C. (Before Covid), when Buddy and I entered King Harbor Brewing during our nightly walk. It was the one day a year that people would wear masks, and a masked cowboy addressed me by a nickname that most of you don’t know, but told me this cowboy must know me even if I couldn’t recognize him in his costume.

After doing a little recon with the beertender I figured out the masked stranger was Jeff Parker, so I went over to be a little more sociable. It was then that Jeff informed me that he was involved with the building of a new brewery in Carson; four days later I stopped by to take the first of my photos that would show the construction during the upcoming year.

As the story goes, Crac Brewery founder Patrick Ruane was traveling south on Main Street in Carson, when he happened by the future home of SoCal Vibes and Hokulea Brewing back when they were installing the fermenters for the cidery. Patrick stopped by, met Jeff, and asked him if he would be interested in being a consultant in building a brewery that Ruane had planned. I am not sure if Ruane was aware just how many breweries Parker had helped build (it was three; Strand Brewing, The Dudes, and Hokulea), but Parker jumped on board as a consultant and essentially built The Crac Brewery and Grub, and is now the head brewer.

Today, Saturday the 21st, was day one of the Crac Brewery soft open. They were open from noon to 6:00 PM, and had five of their brews available on draft or in cans; Dia de los Crac Mexican style lager, Savage Crac IPA, Deadly Pils pilsner, The Bollox barley ale, and Aphro-Disi-Crac oyster stout. They were all pretty solid with Savage Crac and Deadly Pils being my personal favorites.

The Crac Brewery and Grub is a brewpub and they have a bona fide kitchen; however, due to staffing issues and that whole Covid thing, they are starting off using the Thai Rice Box popup to take care of their food obligations. It is expected that Thai Rice Box will be there the next few weeks. I can tell you that all the food looked and smelled delicious; I ate the Thai Fried Pork Balls and they were great! I mean, come on, how many times have you seen me praise food from a pop-up?

The Crac Brewery and Grub is located at 117 E. 162nd Street in Gardena (pretty sure it is Carson, with a Gardena mailing address). For the time being they will be open Monday through Friday from 9:00 AM to 3:00 PM for pickup of cans to go, and noon to 6:00 PM on Saturday for dine-in or to-go.

It cannot be easy to open a brewery during a pandemic lockdown, so congratulations to Patrick and Jeff; we wish you the best. Cheers! 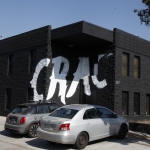 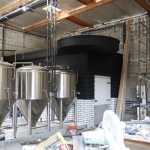 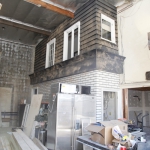 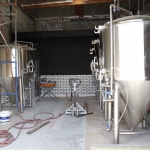 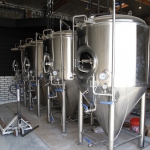 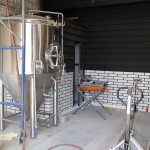 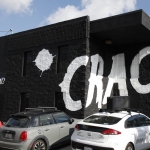 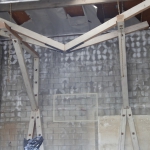 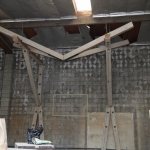 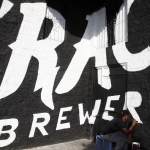 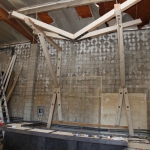 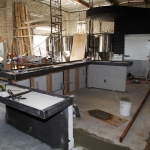 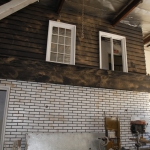 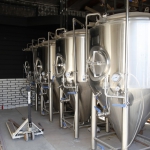 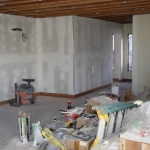 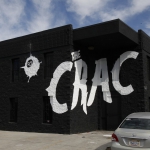 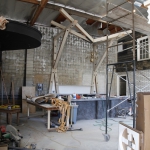 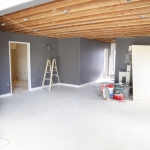 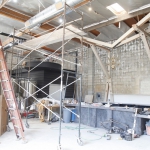 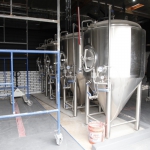 One Response to Crac Brewery and Grub: From the Beginning