These photos were taken over the last two and a half months at Eureka Brewing Company, in Gardena. They include photos of one of their first pilot brew days, the first day of canning, and day one of their “grand opening.”

I guess it is an understatement to suggest that the year 2020 has been a little tough on the local craft beer scene. The SpaceX Corridor took a double hit, beginning in February with the closure of State Brewing. About a month later LA County started getting hit with ridiculous rules that caused did nothing but cause hardships to our breweries, restaurants, and bars. It began our current period of “survival of the fittest” and a second brewery of the SpaceX Corridor, Ximix Craft Exploration, stopped production and closed up shop.

In the middle of August it was announced that King Harbor Brewing co-owner and head brewer Phil McDaniel was leaving; what may not have been common knowledge was McDaniel was opening his own brewery with childhood friend Adam Ansari. McDaniel and Ansari took over the former Ximix location, equipment and all, and changed the name to Eureka Brewing Company.

Now, when I say that McDaniel and Ansari are childhood friends, I mean it; they have been friends since kindergarten. Since they have known each other so long, they know each other’s skill sets. While McDaniel has been brewing for about 10 years, Ansari has had a successful business as an electrical engineer for about the same amount of time. As a result, McDaniel will be in charge of what he does best, brewing beer; and, Ansari will run the back office and their social media.

If you were among the many that never got a chance to visit Ximix, it is a beautiful brewery with a very nice tasting room; unfortunately, as nice as the tasting room is, the County isn’t going to let anyone enjoy it for a while. When outdoor, in-person consumption of beer returns, they have a pretty nice parking lot that will eventually work well for food trucks and outdoor seating.

Yesterday (Monday) was day one of Eureka Brewing’s not so grand opening, so I headed over to get some beer to go, with my friend Yurany. We were there when they opened, and for the hour we were there, they had a pretty nice stream of people buying multiple 4-paks of Eureka’s very fresh brews.

Eureka Brewing currently has four of their beers available; Pils of Creation (hoppy pilsner), Super Bloom (hoppy ale), Bay Crusher (West Coast IPA), and West Coast Drift (hazy IPA). All four brews are available in canned 4-paks, or, if you bring in your own growler and cap (cleaned with other brewery name covered), they will fill those also. If you buy six 4-paks you will receive a 15% discount.

As McDaniel and Ansari are both proud California natives, you will notice a California influence; beginning with their logo and extending to the names of the beers. They may only have four beers available today, but with their 15bbl brewhouse and three 30bbl fermenters, pilot system and multiple grundies, McDaniel promises a wide variety of beers coming down the line soon. As Eureka now has their own canning line, I think we can expect some great brews heading our way before too long.

Eureka Brewing Company is located at 13723 1/2 Harvard Place in Gardena; that is one block east of Western at 139th Street. Their website isn’t quite ready, so for the time being social media is the best way to follow them. Their hours are Monday through Friday from 4:00 to 8:00 PM, and Saturday and Sunday from noon to 7:00 PM. Cheers!

Back to Photos of Eureka Brewing Company
[Show as slideshow] 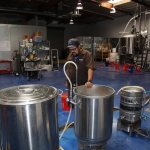 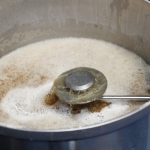 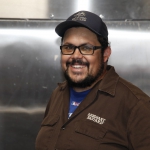 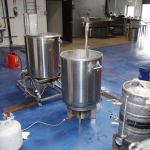 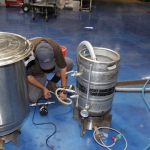 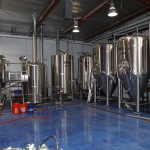 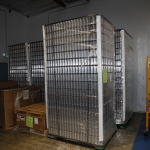 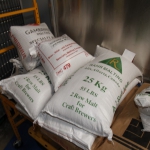 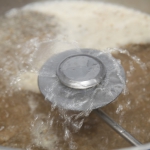 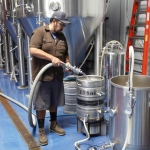 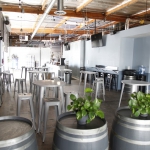 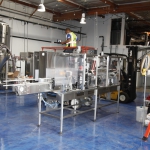 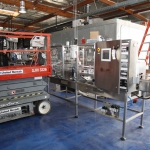 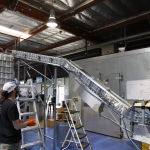 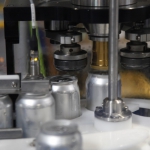 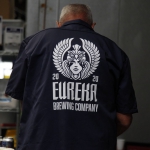 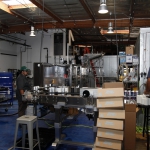 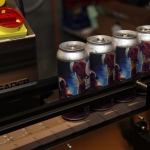 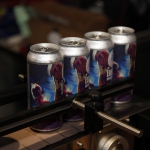 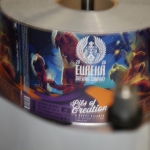