Regular readers may recall that I discovered Square State Brewing last year when I got detoured from Jackson Hole due to a massive forest fire. I enjoyed the experience enough that I went ahead and made it a scheduled stop this year. I left Denver this morning, and I do not plan on doing any drives that take more than six or seven hours this year; so the four hour drive to Rock Springs was ideal.

When I visited last year, they were about three months old; the past year has been good for them. Last year they only had six brews available; today they had eight as well as a seltzer. Since I was spending the night in Rock Springs, I got two flights so I could try them all.

My flights consisted of Big Mouth Blonde, Ma! The Oatmeal!, Guava Island Sour, and Out of Focus Pale Ale, followed up with a flight of Better Bring Boyd, I am Brut, Mr. October, and Spat Hook amber. Of the eight, only two of them (Spat Hook and Big Mouth) were available last year; although I suspect Better Bring Boyd was a different name last year, or they tweaked the recipe. All the beers were solid; with I am Brut, an 8.2 Brut IPA, being my favorite this time around.

I asked if they had done any collaborations with Rock Springs only other brewery, and apparently the other guys are not very happy with Square State; I take that to mean that Square State must be cutting into their profits. There is a third brewery getting ready to open in Rock Springs in another month or so, and they have done a collaboration or two with them. I guess I will visit them the next time I pass through town.

Square State Brewing is located at 422 S Main Street in Rock Springs. They are open Wednesday through Sunday, are dog friendly, and have crowlers to go. They do not have food other that popcorn and pretzels, but you can bring food in. Cheers!

Back to Photos from Square State Brewing
[Show as slideshow] 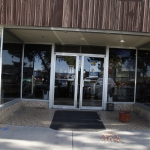 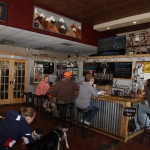 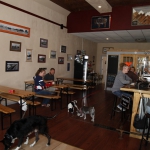 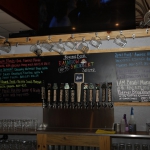 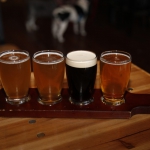 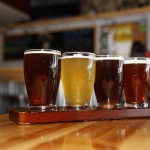 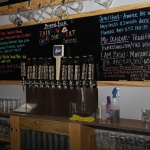 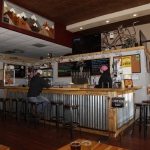 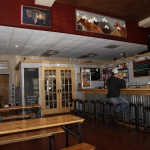 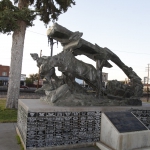 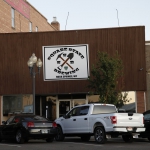 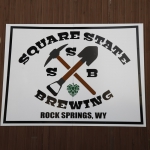 Back to Photos from Square State Brewing