These photos were taken Sunday, September 23, at Wind River Brewing in Pinedale, and Square State Brewing Company in Rock Springs; which was day seven of my Craft Beer Tour 2018.

When I left Denver I headed out for an eight hour drive to Jackson Hole, Wyoming for Roadhouse Brewing, where a friend has recently become their California representative. It was going to be one of my longest drives of my journey thus far, so I didn’t visit any other breweries as I wanted to get to Roadhouse before they closed, and maybe hit up Melvin Brewing if there was time. I was about 10 miles north of Pinedale on Hwy 191, maybe an hour south of Jackson Hole when the road was closed due to a wildfire or forest fire.

I got out and spoke with the sheriff, who gave me a couple alternate routes to Jackson Hole. One was an additional two hours, the other an additional three. I tried to take to shorter of the two routes “around the mountain” but that road immediately went from a two lane highway, to a one lane paved road to a one-lane dirt road; my Dodge Charger is not meant for off-roading, so after a few minutes I gave up. After a couple minutes of turning around without going into a ditch, I backtracked 10 miles to Pinedale because I had noticed Wind River Brewing as I passed through.

I do not know what to say about Wind River, other than it looked nice and I would have liked to try their beer; unfortunately, they either had more business that they needed, or they just were not fond of out-of-town strangers. I sat at the bar for 10 minutes without so much as a hello. Another gentleman sat next to me about five minutes in. I don’t know if he was a local or not, but he didn’t get served either. I figured they did not need the business, so I left and backtracked another 90 miles to Rock Springs because I knew Bitter Creek Brewing was there, and they had food! What I didn’t know is that they are closed on Sundays.

Luckily, Rock Springs got a new microbrewery a few months ago, Square State Brewing and as advertised, they had ales to cure what ailed me; a bad attitude.

I was surprised when I opened up Bitter Creek’s page and discovered they were not open on Sundays, but as I had never been to Square State Brewing I considered it a win.

Buddy and I were welcomed by Amanda, our beertender, who is also a co-founder, co-owner, wife of the brewer, and mother of three; for wearing all those hats she is pretty darned personable and pleasant.

As usual, I ordered a flight; as they only had six brews available, I tried each of them. The Calypso IPA ended up coming home with me, but the Spat Hook amber or Murfie Brown brown ale could have filled that spot if I had a bigger cooler with me.

Square State has a very small brewhouse; so small that they have to close on Monday and Tuesday for brew days. But if there is one thing I have learned on these cross-country beer tours is that size really has little to do with quality.

Like I mentioned above, Square State Brewing recently opened, like three months ago; so new that they are still dealing with the city on how to deal with food. Apparently they can drink beer on the sidewalk, but if you are eating a burger you have to come inside; dumb things like that. Luckily, I have worked with a lot of cities and breweries; hopefully I can help ease Rock Springs growing pains. The City of Rock Springs should work with them the way Lomita has with Burnin’ Daylight and Project Barley. I think that would make Rock Springs a Wyoming craft beer destination.

Square State Brewing is located at 422 S Main Street in Rock Springs. They are open Wednesday through Sunday, dog friendly, have crowlers to go and do growler fills. Cheers! 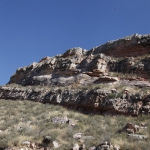 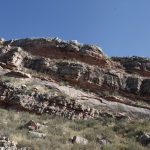 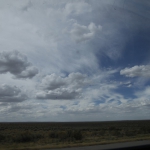 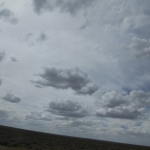 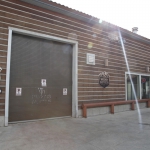 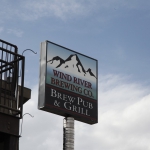 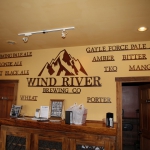 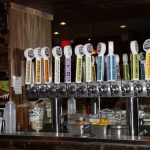 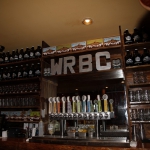 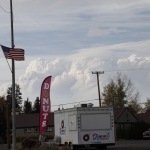 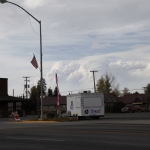 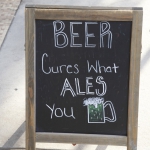 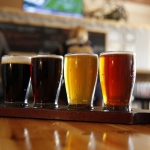 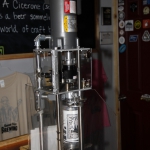 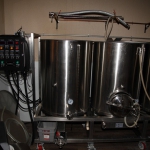 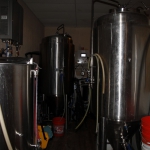 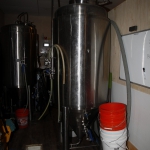 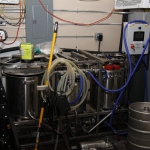 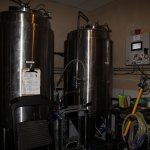