Since I was going up to Santa Rosa for a project about the Pliny the Younger release, I decided to leave a little early and see what craft beers I could discover along the way. I could have taken the easy route and gone along the 101 but there are so many quality brewers within the first 200 miles I would never make it on time. Instead, I decided to travel up CA Hwy 99 through Central California. I do not really travel Hwy 99 much so I did not know what to expect. I decided that my first destination would be Lengthwise Brewing, a brewpub in Bakersfield since it is a couple hours out from the beach and some food would be a good thing. We tried a flight and really enjoyed their Harvest Moon Wheat Ale (although not sure why they added the lemon slice) and Kern County Crude Porter. They also brewed root beer which was quite tasty. They gave me a taste of their new Zeus Imperial Ale which was a very smooth Double IPA; I had to get a bottle. We also had a chicken salad that was great. I don’t know the name, but had artichoke hearts with it and was big enough for the two of us. It was a great start for our journey.

A couple hours north we found ourselves at Full Circle Brewing Company, a microbrewery in Fresno right off the 99. Full Circle has been around about 15 years and is probably Fresno’s best kept secret. I could go on and on about what a great time we had there, the 12 different brews on tap going back to 2006, the meads and the hospitality but suffice it to say, you owe it to yourself to stop by and check this place out. The owner and head brewer Bill will tell you all about beer and its history and beertender Kenny will ensure you have a great time. It really was a highlight of the day.

Another 100 miles north and we ended up in Turlock and Dust Bowl Brewing Company, another brewpub. This was a really cool location with a lot of history about the Dust Bowl and the migration of farmers to Central California. I’d like to go back just to check it out for the history aspect. We got there a little before they closed so the kitchen was not available to us, but the beer was. I let their manager Nick put together a flight for me as they had too many choices and not enough time. Their Hops of Wrath IPA was definitely the best IPA of the day and made for a good ending to a fun day.

Back to Breweries of Hwy 99 photos
[Show as slideshow] 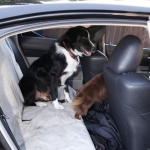 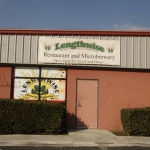 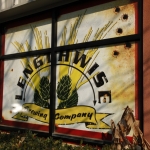 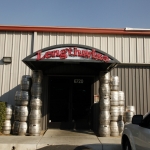 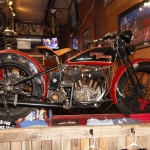 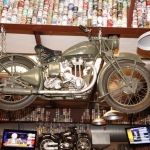 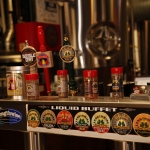 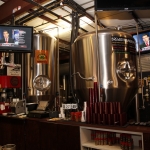 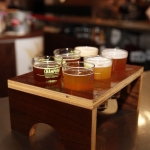 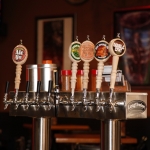 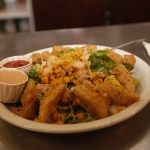 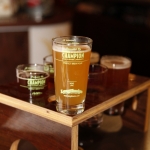