The Road to Pliny

A couple weeks ago I was visiting Smog City Brewing when I got into a conversation with a guy, Drew Murphy, that I learned was in the process of putting together a project, Decoding the Craft, which is essentially going to be a series of video documentaries on the craft beer scene. His plans include visiting various craft breweries and brewpubs around the United States and Europe; as well as filming various craft beer events. The next one that he wanted to cover was the Pliny the Younger release at Russian River Brewing in Santa Rosa. He was looking for a backup photographer and it turned out he was somewhat familiar with me and my photography work. One thing led to another and it was decided that I would come up to Santa Rosa for the Pliny release. Over the course of time, issues started to arise and several of the people initially involved backed out. I decided that I wanted to help Drew make this happen so I committed to going up to Santa Rosa, no matter what. On Wednesday I left L.A. and headed up California Highway 99 and found several nice breweries and brewpubs along the way. This morning we started day two of our journey in the rain as we headed towards the coast.

Our first stop was Main Street Brewery, a brewpub in Pleasanton. Main Street Brewery has been open for 18 years, which means that their beer styles are more old school than the typical “West Coast” hoppiness we find so much in Southern California. We enjoyed a salad while there, it was pretty good. While there we asked for some recommendations of other locations we should visit and were directed to The Hop Yard in San Ramon. As it turns out it is a gastropub, and while they had a very nice tap list, this weekend is all about going to the source. We decided to move on and found ourselves at Jack’s Brewing Company, also in San Ramon.

Jack’s has two locations; the sports bar and pub in San Ramon with the actual brewery and tasting room being in Fremont. We had just eaten so we shared a flight of some very well-rounded brews; I may have to consider stopping by their tasting room on the way home. Since it was getting into mid-afternoon and we still had a few hours of travel ahead of us we worked our way towards San Leandro and the famous Drake’s Barrel House. Drake’s Barrel House is the tasting room for Drake’s Brewing and definitely worth the stop. They have lots of their specialty beers that you are not going to find at any bottle shop or gastropub in the South Bay area anyway. It was there that I got my 1,000 badge on Untappd with their Jolly Rodger 2012 (Bourbon Barrel Aged). It was a very good stop. While I was there I happened to run into South Bay local craft beer drinkers James and Lisa; we had seen each other around local breweries, but had never really talked. Craft beer brought us together in a way that would pay off later.

When we left Drake’s I contacted a friend that lives up in the Santa Rosa area and it was decided we would meet up at Lagunitas Brewing Company, another craft brewer with a brewpub, located in Petaluma. Lagunitas, while difficult to find for the first timer, is definitely worth the stop. Nice people work there and drink there. They have a pretty decent food menu with an extensive beer menu as you can probably imagine. My friends informed me that they frequently have live music, so if that is your thing, check it out. They also have tours of the brewery twice a day every day, with free samples. I may have to head over there later Friday.

Satisfied with our food intake, it was time to move on to Santa Rosa and Russian River Brewing Company. In addition to brewing fine beers, Russian River Brewing is also a brewpub. I am not really sure why there seems to be so many brewpubs as opposed to simply tasting rooms; I suspect it has something to do with the ability to get a Conditional Use Permit for a tasting room back when they all opened for business. I know brewpubs have an easier time of getting approval from various cities than tasting rooms do; I will have to research that further. I have not tasted their food but the pizzas looked and smelled great. While we were there we ran into James and Lisa again and my access to the Pliny the Younger release started to look a little better. What will Friday bring? Cheers!

Back to Road to Pliny Photos
[Show as slideshow] 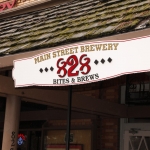 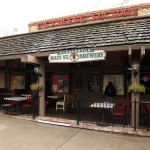 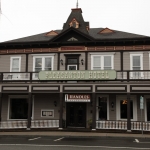 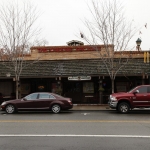 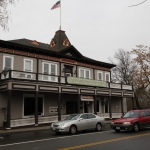 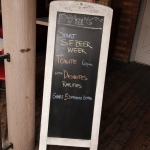 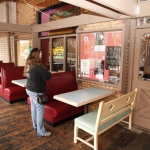 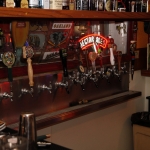 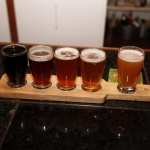 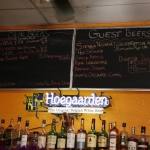 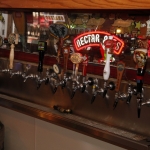 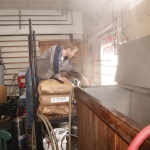 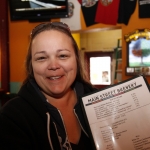 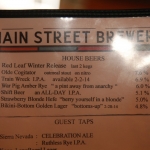 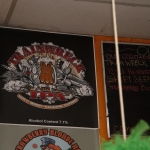 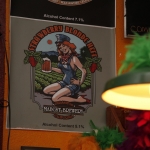 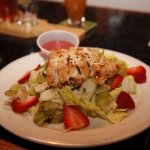 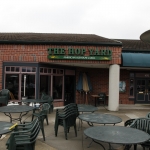 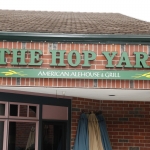 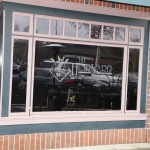