When I left Oregon I set my GPS for Eureka so that I could visit one of my oldest friends (Cathy) and see what had changed in their craft beer world since my last visit in 2010. It turns out not much has changed; in fact the only brewery I could find was still Lost Coast Brewery, which is where we went since Cathy does not drink but would join me for lunch.

Lost Coast Brewery is a brewpub that was founded in 1990; they have since opened a larger brewery and tasting room in 2014. I went to Lost Coast in 2010, but I didn’t remember them being so crowded back then; business must be good.

The beer menu did not seem to change much over the last eight years, in fact, of the 16 beers they had on tap their Hazy IPA was the only one I had never tried. While we had lunch I enjoyed a flight made up of their Great White Beer, Sharkinator, Arrgh Pale Ale, Downtown Brown, 8 Ball Stout, Indica IPA, Hazy IPA, and Fogcutter DIPA. Their beers have not changed much over the years; Hazy IPA and Fogcutter were the standouts.

Lost Coast Brewery & Cafe is located at 617 4th Street in Eureka and is open seven days a week. They offer an extensive food menu of pub fare like burgers, pizza, salads, and soups. Lost Coast offers cans, bottles, and growlers to go.

When I left Eureka I headed for Sebastopol to visit another old friend; he had made plans for me that I was not aware of until too late. Unfortunately, no craft beer was involved; fortunately R & B Market and Liquor came to the rescue with several local brews to choose from. They are located at 1130 Gravenstein Hwy S in Sebastopol and are a good place to pick up locally crafted brews.

On Sunday I headed to Walnut Grove to visit another friend before going to Turlock, and Dust Bowl Brewing Company.

I first visited Dust Bowl Brewing in 2014. Unfortunately, we had arrived pretty late in the evening but I was there long enough to know that I liked just about everything about the experience; from their history to the beer. While I had not returned, their social media people have been in touch with me over the last couple of years so I was aware that they had built a second location in 2016 and had made a mental note to make a return visit. Unfortunately, back in 2014 I did not include addresses in my articles, so when I set my GPS for Dust Bowl Brewing I was not really sure what location I was headed to. As fate would have it, I was going to the new location.

Dust Bowl Brewing is a brewpub, and the new location is massive. Back in 2014 they were brewing off-site in a warehouse or something; today, their brewhouse is like a magnificent centerpiece for the taproom; they also have a patio and dog friendly beer garden. As they looked pretty crowded and I wanted to try and get some photos of the brewhouse, I left Buddy in the car and went inside.

While the original downtown taproom has 12 taps, the new brewery taproom offers 20 taps. I set up a flight made up of The Other Blonde, Hops of Wrath IPA, Porkchop Express NE IPA, Taco Truck Amber, Oktoberfest, and Midnight Therapy Double Black IPA. Dust Bowl makes some great beers, with Hops of Wrath always being a great choice, but Taco Truck Amber and Midnight Therapy are on the same level as far as quality.

Dust Bowl makes a series of hazy IPAs that they have been doing for a while called the Lateral series; I asked my server if there was a new release yet and I was informed it was only being canned for that version. To my surprise, when I returned home a can of Lateral #4 was sitting on my front porch, so that is the last photo from this series.

The Dust Bowl Brewing Company brewery taproom is located at 3000 Fulkerth Road in Turlock. They are open seven days a week and offer growlers, crowlers, bottles, and cans to go.

By the way, Dust Bowl Brewing has just announced that they are opening a third location, this time in Monterey, California. They hope to open in the first quarter of 2019.

When I returned to the car I discovered that Buddy had gotten sick, most likely from some bad water he drank earlier in the day, and with that I decided that my Craft Beer Tour 2018 was officially over.

In 21 days I had driven close to 4,000 miles, and visited 44 breweries in seven states. I would like to thank all my friends that gave me a place to stay, to the breweries that allowed me to take my backstage photos and the Brewers Association for giving me access to the 2018 Great American Beer Festival and a jumping off point for my annual craft beer tour. Cheers! 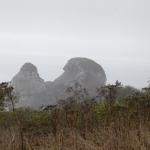 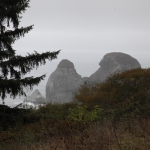 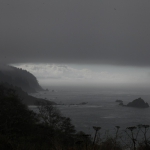 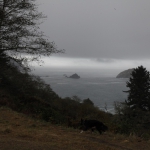 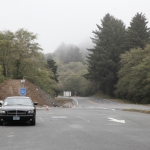 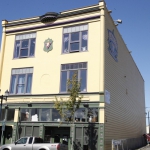 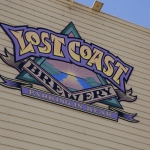 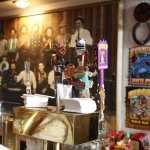 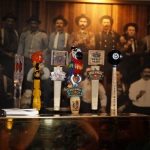 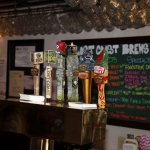 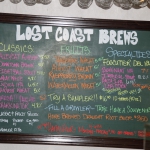 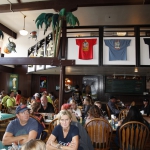 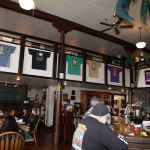 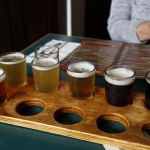 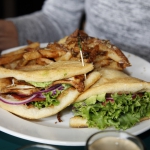 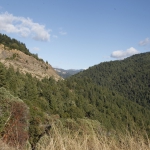 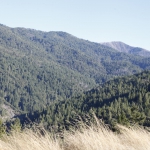 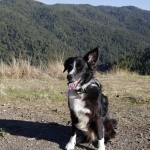 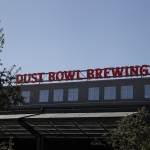 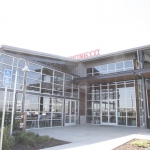