These photos were taken Saturday evening at SoCal Vibes Co. in Carson, where they celebrated Leap Day with the kind of official soft open. The event featured DJs, special pricing on food from their kitchen, and special Honest Abe cider releases.

SoCal Vibes is located at the same location of the now defunct Hokulea Brewing Company. If you will recall, Hokulea shared the spot with Southern California Cider Company, aka SoCal Cider. When Hokulea closed up, SoCal Cider/Honest Abe Hard Ciders owner Spencer Chambers was determined to keep the location open. It is almost one of those “if life gives you lemons” stories.

Saturday evening I was able to talk to Chambers a little, and I think I can correctly explain what is happening now.

The location changed its name from Hokulea Brewing to SoCal Vibes. SoCal Vibes is the taproom for Honest Abe Ciders & Mead and SoCal Ciders. The taproom at the original Honest Abe location next door is now closed. Honest Abe does the barrel-aged ciders and mead, while SoCal Cider will handle the mainstream ciders.

SoCal Vibes has 40 taps, so if cider and mead is not your thing, they have plenty of local craft beer available. I noticed on the menu that there was an upcoming SoCal Vibes IPA coming up, and Chambers confirmed that they are exploring contract brewing.

The place is pretty spacious and they have a large lounge available upstairs that is closed for private parties.

I thought it was interesting that the first article I ever did about Honest Abe Ciders was on Leap Day 2016. I guess Leap Day makes for an easy to remember anniversary date. 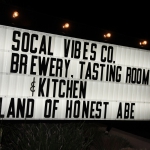 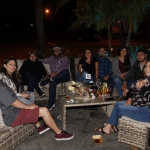 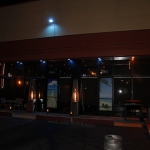 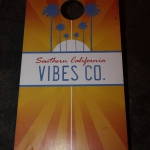 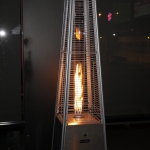 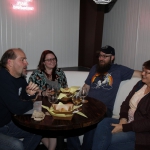 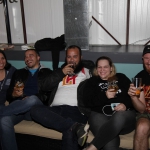 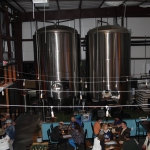 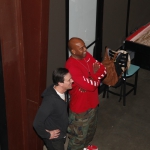 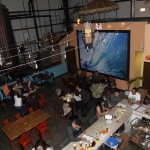 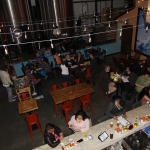 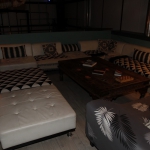 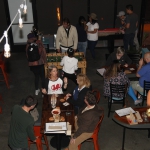 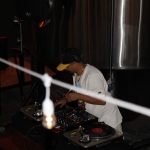 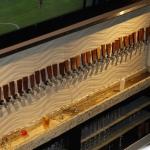 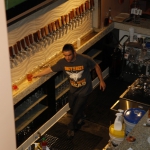 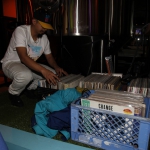 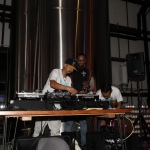 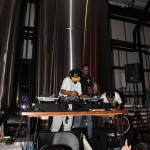 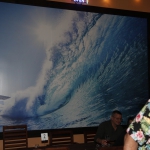 Back to Photos From the SoCal Vibes Soft Open