The last update that I had received suggested that there would be 31 craft breweries represented but by the time the map/program was printed only 29 were listed and not all of them were available. To say that there was some confusion would be putting it mildly. I am not going to pretend to know what arrangements were made, but it was my understanding that Alpine Village had purchased the beers rather than relying on donations from the breweries. The end result was that some of the breweries sent representatives to be on-hand to pour and some did not. Some of the beers did not even make it onto the floor until the event was half over. The breweries that I saw, or at least heard from reputable sources were there, included California 101 Cider House, Absolution Brewing, Eagle Rock Brewing, Strand Brewing, Phantom Carriage, Santa Monica Brew Works, Timeless Pints, Smog City, Wolf Creek, Hand-Brewed, Enegren, Bravery Brewing, Boomtown Brewing, Three Weavers, Solarc Brewing, Cosmic Ales, The Dudes’, King Harbor Brewing, Golden Road, Monkish, Ohana, San Pedro Brewing Company and Congregation Ale House. I am not saying others were not there, I just never spotted them. On a personal level, it was good to see Enegren Brewing represented as I have not visited them in well over two years and it was nice to finally meet the guys from Hand-Brewed and having the opportunity to try one of their brews (Deez Nuts Brown Ale).

As far as the food part of the food fest, that was a little disappointing; although I will say that I saw more lines for food samples than I did with the beer lines. Perhaps it was because the beer servers had more experience serving crowds. Initially, admission to the event was to include 15 food tickets; then it was changed to unlimited food tastings, which was a good thing considering that many of the food tastings were literally a small spoon of a barbecue sauce or jam. Alpine Sausages started off by putting large plates of sausage and pretzels out for self-service but people started loading up their plates so they ended up having to make smaller portions so that the few were not taking too much advantage of the “unlimited” tastings. Most of the other food vendors were giving out tastes that were so small that it made food samples given out at Costco seem like a banquet.

That being said, there were a couple standouts among the artisanal food vendors. I would venture to say that one of the more popular vendors was The Empanada Shop; the portions were one or two bites, but they were quite tasty. Plush Puffs Gourmet Marshmallows had some tasty marshmallow options and a couple burners so they could toast them for you. Les Beaux Chocolats was probably the most fun of the food vendors as they would smell your beer then pair it with an appropriate piece of chocolate to go with it. I threw them a curve-ball by bringing up a taster of Santa Monica Brew Works (PCH) Pale Chocolate Heaven which looks like a pale ale but tastes of white chocolate. After the initial look of confusion, they paired it with a nice chocolate brittle which was perfect. The other notable food vendors for me included Dried and True Beef Jerky and Deaf Man’s BBQ Sauce.

Even with the few issues that were had, this was a pretty fun event and it really shows how much the craft beer scene has exploded in Los Angeles. I cannot help but think back to the first craft beer festival they had at Alpine Village in 2012. That event featured 34 small and medium sized craft breweries but they were from all over the country; LA Local was to showcase more than 30 craft breweries just from Los Angeles! The fact of the matter is that there were several other LA area breweries invited but not all of them had enough beer in stock to sell to Alpine for the festival. I have a feeling we will see a 2nd Annual L.A. Local Craft Beer & Artisanal Food Fest and by then it should be easy to find 50 LA area breweries. It really is a great time for a craft beer aficionado to live in the Los Angeles area.

Thanks to everyone that came out and made a point to come up and say hello or to thank me for the coupon code they used to get in. You guys are the ones that make covering these events so enjoyable for me. Cheers! 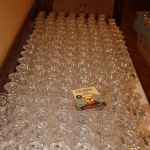 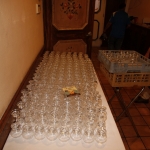 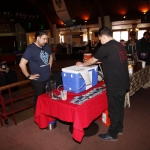 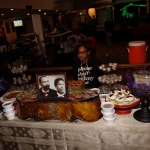 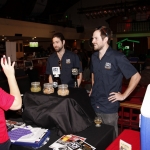 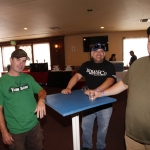 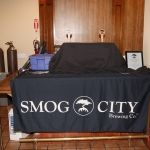 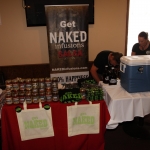 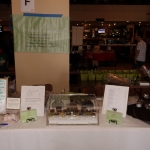 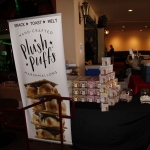 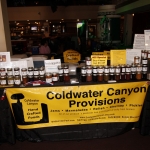 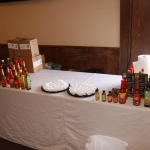 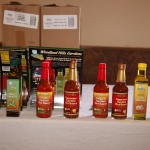 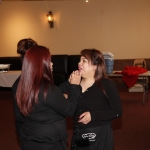 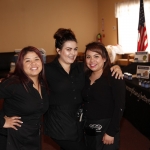 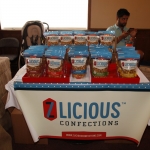 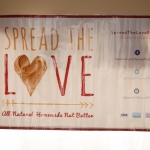 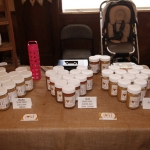 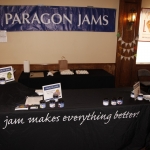 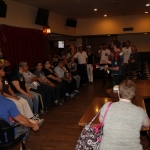