Taking a Craft Beer Tour of the SpaceX Corridor

I was going to begin this article by suggesting, “unless you have been living under a rock, you know of Elon Musk’s SpaceX” but I discovered there actually are some people that are unfamiliar with SpaceX; so I will presume that if you are into American craft beer and follow this site, you are at least somewhat familiar with Elon Musk and/or SpaceX.

What you may not be aware of is that SpaceX is headquartered in the City of Hawthorne and craft breweries and craft beer bars have been springing up in what I now call the SpaceX Corridor and all of them have been vying for the attention of SpaceX employees; and from what I have been able to see, those employees have been enjoying the attention.

Since I named it the SpaceX Corridor, I also get to define the boundaries. El Segundo Boulevard is a little over 5 miles long from the Harbor Freeway (110) and the San Diego Freeway (405). In that stretch there are now four craft breweries and one craft beer bar; all of which I have no problem recommending. Here is how you can complete the SpaceX Corridor Craft Beer Tour from one end to the other in one day, with relative ease. Be advised, this can currently only be done Thursday through Sunday; if you are reading this in six months or a year from now, the hours may be expanded by then.

For the purposes of this tour, we will begin on the east end of the SpaceX Corridor, at State Brewing Company in Gardena. 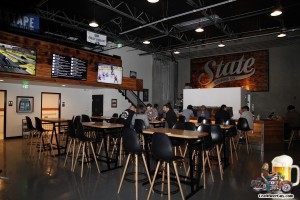 While State Brewing Company has had their production brewery brewing beer since early 2016, they just opened their tasting room this past February. Typically, they will have about a dozen beers available at any one time with a range consisting of lagers, pilsners, West Coast and NE IPAs, porters and several stout varieties. I seem to have been gravitating to their stouts lately myself.

State Brewing Company is located at 1237 W. 134th Street in Gardena and is open Tuesday through Sunday. They are dog and kid friendly, and sell crowlers and growlers (if you bring your own) to go. They typically have a food truck available on Thursday, Friday and Saturday.

The second stop is a mere mile away, three or four minutes, to the South Bay’s newest craft brewery, Ximix Craft Exploration; also in Gardena. 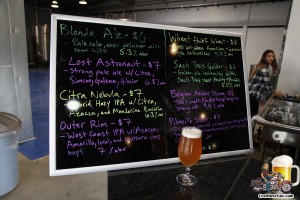 Ximix (pronounced “zim ex”) may be new, but don’t let that get in the way of stopping by; they are killing it over there. Co-founder and head brewer Erik DeBellis has worked at “pretty much every brewery in the Coachella Valley”, including Coachella Valley Brewing, La Quinta Brewing, and Babe’s Brewhouse, and it shows in the quality of beer he is putting out. I have had numerous people comment to me about how much they are really appreciating the Ximix brews. Blondes are not my favorite style, but the Starseeker Blonde is delicious. They plan on having about eight beers available at all times with half of them being small batches until they can get their supply up.

Ximix Craft Exploration Brewery is located at 13723 1/2 Harvard Place in Gardena. They are open 4:00-9:00 PM on Thursday and Friday, noon to 9:00 PM on Saturdays, and 1:00-6:00 PM on Sundays. As of this writing, they do not have food trucks or beer to go, but crowlers should be coming shortly. They are family and dog friendly.

A little over two miles, and less than ten minutes away is Hawthorne’s second craft brewery, Common Space Brewery. 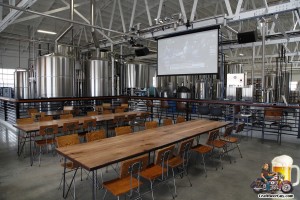 Common Space opened in March of 2018, so it is another very new addition to the South Bay craft beer scene. Luckily, their head brewer, Kushal Hall, was the former Speakeasy Ales & Lagers Head of Brewing Operations out of San Francisco. In a nutshell, this means Common Space is starting off with a brewer that is comfortable brewing large amounts of beer for distribution; although their immediate plans are to concentrate their efforts on supplying beer to the Los Angeles Area.

The production brewery and tasting room are big and beautiful; utilizing a 24,000 square foot warehouse with 27′ high ceilings and a 1,000 square foot outdoor patio. Common Space usually has between eight and 12 beers available on tap ranging from a Helles lager to a nitro coffee stout, with a few IPAs and a saison or red ale thrown in for good measure.

Common Space Brewery is located at 3411 W. El Segundo Boulevard in Hawthorne. Common Space is open seven days a week and is dog and kid friendly. They usually have at least one, but sometimes two food trucks every Wednesday through Sunday. They currently offer crowlers to go and if you bring in a properly covered growler, they will fill them too. 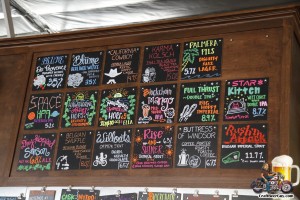 The next stop on the SpaceX Corridor Craft Beer Tour is walking distance as it is only .3 of a mile; Los Angeles Ale Works (LA Ale Works). Personally, I would pick one to park by and walk in between; it would not be worth the trouble trying to get across El Segundo Boulevard then finding parking. Park on Cerise, then walk between the two.

LA Ale Works is Hawthorne’s first production brewery, and even though they have only been open since February of 2017, they have definitely made an impact on the craft beer scene. Just about any time you go there they will have at least 20 different beers available. Because LA Ale Works has been open longer, you will find a lot more varieties of beers available; like a couple Berliner Weisse and lagers to go with their milkshake IPAs, porters and Russian Imperial Stouts.

Los Angeles Ale Works is located at 12918 Cerise Avenue in Hawthorne and is open seven days a week. They are family and dog friendly and offer beer to go in growlers, crowlers, bottles and cans. They have a lot of events, and there is always at least one food truck involved. They essentially have food trucks Tuesday through Saturday, many Sundays, and some Mondays. 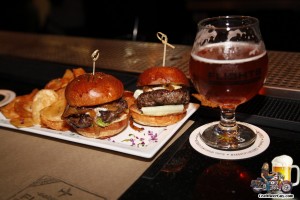 A little more than two miles west on El Segundo Boulevard, and less than 10 minutes away, is Flights Beer Bar.

If you think you have heard me mention Flights a few times before, you would be correct; in fact, they have been an advertiser here for more than two years. However, if you are a true Craft Beer Guy fan, you know that Flights has been the home of my three (so far) South Bay Tap Takeovers.

Flights is a special craft beer/sports bar in that they have 40 taps of craft beer, literally from around the world, and they have great food. In fact, while I first entered Flights to check out the beer list, owner Jerry “Jammer” Jamgotchian literally insisted I try some of their food. He told me about his philosophy that if you are going to have good craft beer, it does not make sense to have food that isn’t fresh. He is quite proud of his kitchen and went through a lot of effort to ensure their food is not “bar food” and since they are now open for lunch, it had to be served in a timely manner so people, specifically SpaceX people, could get back to work.

As I have mentioned before, food trucks are not really my thing, so Flights food, combined with their 40 taps of craft makes the perfect ending to the SpaceX Corridor Tour. I guarantee they will have some additional South Bay taps from breweries like Smog City, El Segundo Brewing, King Harbor Brewing and Strand Brewing Company if you want to continue with the South Bay theme.

Flights Beer Bar is located at 5119 W. El Segundo Boulevard in Hawthorne; they are open seven days a week. Flights is not really what I would consider kid friendly at night, but during the afternoons should be fine.

If, after enjoying the four breweries and Flights Beer Bar, you still feel adventurous, you can proceed west on El Segundo Boulevard two more miles and visit R6 Distillery, or El Segundo Brewing Company, which is a half mile away from R6. Or you could jump on the 405 and travel north four miles to Three Weavers Brewing; or you can wait for my LAX Corridor Craft Beer Tour. Cheers!