Imhoff told me a little about his business, zpizza Tap Room, and invited me to please come by to check them out. My regular readers know that pizza is not exactly a draw for me, but I told them I would stop by the next time I was in the neighborhood. A day or two later I was talking with my son and asked him if he remembered Jason Imhoff. Like Imhoff had done with him, my son had nothing but good things to say about Imhoff; at that point I decided I would not wait until I was in the neighborhood, but would make a special trip out there. This article and the photos are from my visit there last Wednesday afternoon.

You will notice that the beginning photos are a street view of their advertising from the street; that is because you want to watch for the Marriott Residence Inn sign. The driveway entrance is right before the sign and if you miss it, you will have to go around a pretty significant block to try again.

One of the first things I noticed about zpizza Tap House, besides the easily missed entrance, was that this “tap house” was more than just a tap house in name; it also hints at how you will get your beer. At zpizza Tap House, you pour your own beer from one of 12 available handles; in order to activate the tap handle you must tap a transmitter that is associated with a sensor that is on the wristband you are given.

I have seen some places that have tap handles at your table, but I have never used them because I have yet to find a table that had multiple taps I cared about; so I do not know if the operation at zpizza is essentially the same or not. What I do know is that this was a pretty cool setup in that not only do they have 12 taps to choose from, but when you self-pour you can take as little or as much as you like of each and the system calculates how much you poured and charges accordingly. Prices seemed to range from around $.56 to $.62 an ounce, and the selection was very nice. They featured local breweries such as King Harbor, Three Weavers and El Segundo, as well as Mission, Karl Strauss, Acoustic Ales, and Julian Hard Cider. They even had a collaboration brew between Pizza Port and Knee Deep. One of the great things about the system is that you can essentially have a flight of 12 beers if you cannot make up your mind and it does not have to be very expensive to do so.

There is a meter on the right side of the display, so you can see how much beer is remaining in each keg; and the system not only continually tallies your balance, but it tells you how many ounces of beer you have poured.

We did try a calzone, but Tanya got into it before I could grab a photo; sorry about that. The food is good and they offer pizza by the slice as well as salads, wings and assorted desserts. You can dine in or get your order to go; they also offer catering.

Imhoff, while acknowledging that their location is not exactly ideal, would love for locals to think of zpizza as a local tap room as much as a pizzeria. I don’t know that I would subject myself to LAX traffic to go for a beer but if I had to go to the airport to pick someone up and arrived early, zpizza would be my first choice for a place to wait it out. If you have friends that have a couple hour layover at LAX, zpizza would be the perfect place to head; it would only be a 5-10 minute Uber or Lyft ride either direction and has a much better (and less expensive) selection of beer that you are going to find in the confines of most of the LAX terminals.

zpizza Tap Room is located at 5933 W. Century Boulevard in Los Angeles; they open daily at 11:00 AM and are open until 11:00 PM every evening except Friday and Saturday when they are open until midnight. Cheers! 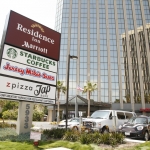 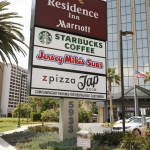 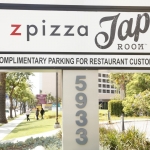 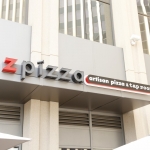 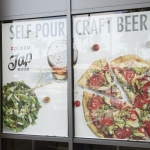 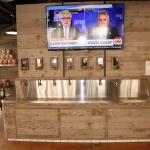 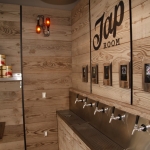 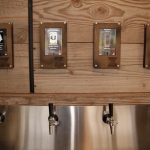 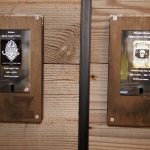 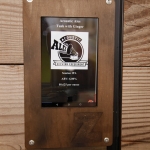 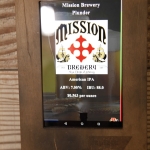 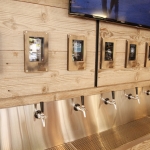 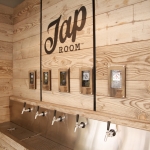 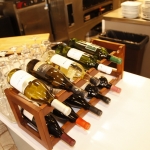 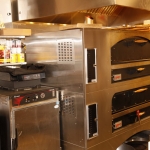 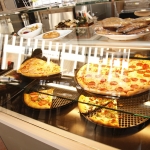 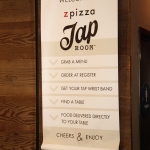 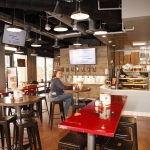 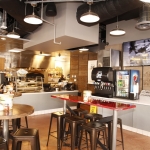 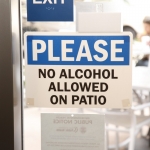