The Road to the Firestone Invitational 2016

If you asked me a week ago if I would be attending the 5th Annual Firestone Walker Invitational Beer Festival (FWIBF16), I would have hung my head and responded that I would not be there. On Wednesday afternoon a good friend of mine put out an alert on Facebook announcing that he was not going to be able to make it, so he had two tickets available to the first person that contacted him; I was that guy.

We headed out late Friday morning with the intention of visiting as many new [to me] craft breweries as possible. After two hours, in which we covered a mere 70 miles, we stopped for a Starbucks break in Camarillo; it was at this point that I realized that I had left my camera at home! I have to admit, this was a pretty depressing revelation because I knew that traffic was getting worse and it would likely take me five or six hours to get back to Camarillo.

While Tanya was inside the store I recalled the previous evening when I saw Tanya pack her Canon T1i Rebel in case we stopped somewhere that she felt like photographing. I knew she would not have any extraneous equipment, like an external flash or the Sigma lens I like but it would be better than trying to cover the event using my Smartphone … maybe.

I happened to have a backup flash unit that is pretty flaky, but it should be better than nothing, I hoped. Since I was not packing any backup batteries for the T1i I figured I would have to really cut back on the number of photos I was going to take. We decided to press on to Paso Robles.

As we headed up the 101 I had Tanya look in my stash of backup batteries for the Canon 5D where it was discovered that I did have a charger for the T1i battery, so it was not going to be all bad.

The reason for telling you this is to help explain why I did not take as many photos as usual; and why the quality of the photos is less than desired. Like they say, it is what it is.

Our first stop was Firestone Walker’s Barrelworks in Buellton. I could tell we were running behind schedule because there was not much of a crowd by the time we arrived. We grabbed a few bottles and a couple tasters before heading north to Nipomo and Santa Maria Brewing Company for our first new brewery and some food.

Santa Maria Brewing Company has been around for more than 20 years, and they describe themselves as the “best little brewery nobody knew about.” They have two locations, the brewery and tasting room in Santa Maria; and the tap room, which serves food, in Nipomo. As Tanya wanted food, we stopped at the Nipomo location which was ideal as it is right off the 101.

For food they offer the standard appetizers, burgers, sandwiches, wings, et cetera. We opted for a burger that was pretty good.

After finishing lunch we headed about 15 minutes north to Grover Beach and ManRock Brewing Company. I had asked a couple people at Santa Maria if they were familiar with ManRock, and the responses were mixed at best. I remember one person saying the owners were nice and another complaining that their beers were all high ABV dark ales. Since one of them also seemed to think Central Coast Brewing was not worth visiting, I did not put a lot of weight on their opinions and we stopped anyway.

Almost as soon as we walked in the door we were greeted with big smiles, one of which was co-owner/founder Mike Hiebner’s. We spoke for a few moments and he told me to make myself at home with my camera. It was at this point that I met Mike’s wife Deshia and the rest of the family who all pitch in at this family run operation.

Hiebner explained that he started off as a home brewer whose friends would ask him to brew a batch for their wedding or other special event. Eventually fate would have its way and the Hiebner’s opened ManRock Brewing in 2011. Their original location only held 32 people; a couple years ago they found their current location which holds 132 people and has a wood barbecue on the patio that allows them to serve pizza and burgers.

We were given a flight of all their beers currently available and I was quite surprised to see that there were no dark beers and the ABV were not especially high. On Friday they had Blonde Moment (blonde ale), Bree Unleashed (kolsch), Strawberry gose, Oblivion (IPA), 86’d DIPA and Screw’d Driver (a soured farmhouse ale). The 86’d comes in at 8.6 ABV which was the biggest beer and as you can see by the photos, none are exactly dark. Hiebner says one of their more popular brews is a west coast style amber ale, but their brewing system results pretty much all small batches so some beers are hard to keep on hand. I noticed they also had a respectable guest tap list for those looking for something different.

I really enjoyed their beers as they all came across as very clean. The Strawberry gose must have had some delicious strawberries used because the flavor was outstanding and the saltiness of a gose was very subtle. They use a lot of Australian hops and the flavor profiles of everything seemed a little different than what I might have expected, but I would not have a problem ordering any of them again.

I guess the first thing I noticed was that there were definitely a lot more people there this time around. I think I remember there being just a handful of us the last time we were there; this time the place was packed, inside and out. Luckily it was a nice day out, so sitting out on the dog friendly patio was quite pleasant.

I got the opportunity to meet Central Coast Brewing owner George Peterson, a very friendly and gregarious gentleman. He was quite proud of his brewery’s recent accomplishments and well he should. We tried a little of everything, saving the gold medal winners for last and were quite impressed. In fact, I immediately started looking for the cold box so I could pick up some cans to take home only to learn that demand for their product has increased so much that they do not have enough beer left over to can! I guess that explains why the tasting room and patio were so crowded; if you want to try their gold medal winners, you will have to go to the source. Rumor has it that they plan to open a second location this summer that will allow them to triple their current production.

Central Coast Brewing Company is located at 1422 Monterey Street in San Luis Obispo. They are open seven days a week; Monday through Friday from 12:00-9:00 PM, and Saturday and Sunday from 11:00 AM until 9:00 PM. Cheers! 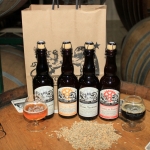 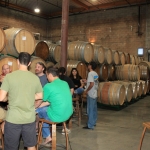 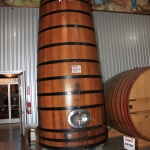 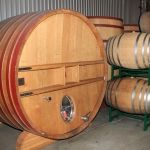 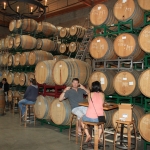 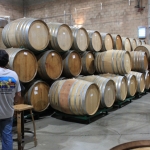 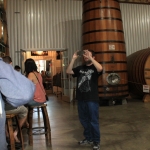 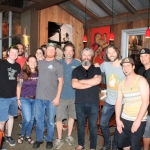 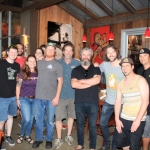 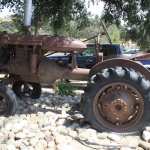 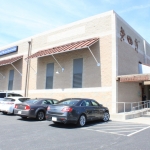 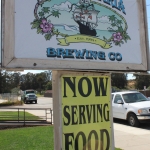 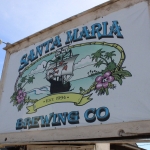 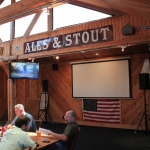 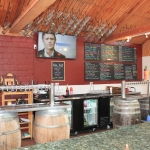 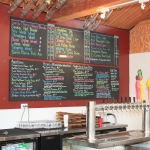 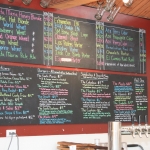 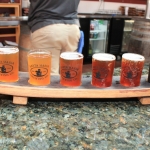 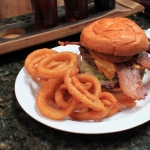 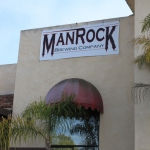