On Saturday afternoon, Santa Monica was the site of what was billed as the first ever Vegan Oktoberfest. I happen to have several friends in Germany and when I asked them if they had ever heard of such a thing they agreed that this very likely was the first; it was definitely the first any of them had ever heard of.

Since it is October, it is beer festival season which means I usually have a couple events I can photograph on any given weekend and Saturday was no exception as the Taste of Brews Oktoberfest was happening in Corona while Vegan Oktoberfest was happening in Santa Monica. I am not a vegan by any stretch of the imagination but since triple digit temperatures were expected in Corona and it is three times further away I figured the Santa Monica was the logical choice; after all, you could see the ocean from the festival site, it had to be cooler. Well, if it was cooler it was not by much as the air temperature was in the high 90’s and combined with the event being held on an asphalt parking lot the numbers just went higher.

With 22 breweries represented at this inaugural event, there were plenty of options available for those that wanted beer to quench their thirst but it seemed to me that there were almost as many food vendors and the food lines were definitely longer than the beer lines. We tried one of the vegan options, a grilled cheese sandwich that had macaroni added as a filler. It was enough to make me not want to bother with any of the other food options; like I said, I am not a vegan and tofu is not a viable meat substitute in my opinion.

What surprised me the most about this event is how far away people came from to attend. I heard and read of people coming from all over California and beyond. I guess vegans don’t get a lot of opportunities like this since I know people were coming from places like Portland where I am sure they have plenty of beer festivals that are closer to them. After reading more comments on the Vegan Oktoberfest Facebook page it was pretty obvious that many of the attendees had never been to a beer festival before as there were complaints on the “beer stein” (aka the tasting cup) was too small. I guess they expected to get liters of beer.

There was a VIP session that started an hour before the General Admission session began making the first hour mellow for the beer lines (the food trucks already had long lines by the time I walked in) but I noticed the General Admission line was becoming very long. In fact, the line never seemed to get shorter. When I left around 3:30 there were already a couple thousand people inside with close to 1,000 still waiting to get in. The Santa Monica Police officer I spoke to said they estimated attendance to be close to 3,000 with the event organizers telling the police it was closer to 2,200. Either way, there were far too many tickets sold. When we left there was a refund line being formed for those that were giving up on trying to get in; I just hope that those people were all locals. I am sure standing in line for an hour or more in the blazing sun did not make for an ideal Saturday afternoon for them.

As this was the first Vegan Oktoberfest I guess growing pains should be expected. I was impressed that they did not oversell the VIP session, but they blew it on the General Admission sales; sometimes less is more. The people that got in within the first two or three hours seemed to be having a blast; but when I go through the photos I cannot help but notice that most of the smile wearers were also wearing VIP wristbands. I guess we will wait and see if they try to do this again next year or not; and if they do, will the vegans flock to Santa Monica again? Cheers!

Back to Vegan Oktoberfest Photos
[Show as slideshow] 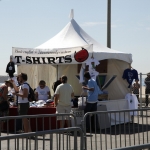 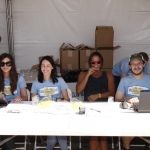 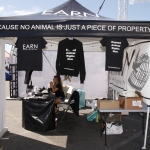 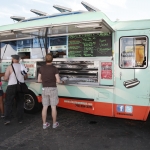 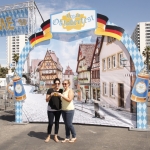 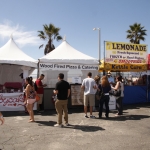 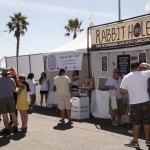 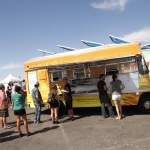 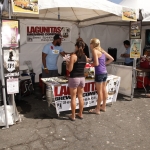 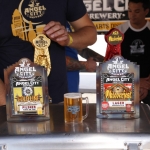 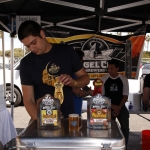 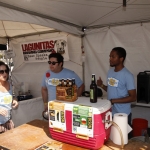 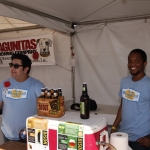 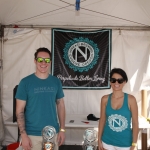 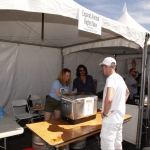 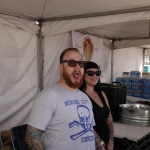 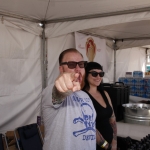 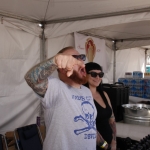 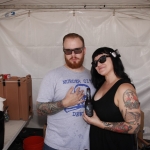 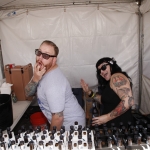