The Ultimate Beerfest OC – The good, the bad & the ugly

On Saturday October 19, a fundraiser for Villa Chardonnay, a 501(c)(3) non-profit horse rescue operation in Temecula, CA was held at the Costa Mesa Fairgrounds in the form of The Ultimate Beerfest OC. The event was scheduled to have 20+ breweries, food trucks, a beer pong tournament and a Best of Show beer competition voted on by attendees that had VIP tickets. The Ultimate Beerfest OC was one of six scheduled beer festivals put on by the organizers with the others being scheduled for Los Angeles, San Diego, Pasadena, San Francisco and San Jose. The Los Angeles event was originally scheduled as the first but was postponed until 2014 due to logistical issues with the selected venue. When I first learned of the event, the Los Angeles venue was the one I planned on attending. When it was postponed I volunteered to cover the event in Costa Mesa.

The event was scheduled to be held over the course of two sessions; the first beginning at 11:00 AM for VIP entries and noon for general admission and running until 3:00 PM with the second session running from 6:00 – 9:00 PM with VIP getting in an hour early. While the Ultimate Beerfest website specifically stated to “plan on arriving up to one hour early for event check-in” I really did not pay much heed to that suggestion as I have yet to attend a beer festival that had that many people show up; I kind of figured it was wishful thinking. It turned out that this was going to be bigger than I imagined.

As the event was outside, I was able to look in the beer garden as we approached and even though it was about 15 minutes until the VIP admission was to begin it was readily apparent that not all of the breweries had arrived. As I was coming from the opposite direction that the line to get in was forming, I could see that there was a pretty long line forming. I attributed it to the fact that many people were there as general admission and they were arriving an hour early as suggested. After all, VIP admission was $75 and General Admission was $50; it never dawned on me that everyone in line had paid for VIP admission.

While I waited for my media pass I overheard some discussions on the delay; the principles were waiting for all the breweries to show up and the health department had to check and approve all the food trucks and the booths that would be pouring beer. I heard something about a broken line; although I could not tell if it was a water feed or waste; only that there was a mess that would have to be taken care of before the organizers were allowed to open the gates and let people in.

About 12:10 they started letting people in. I was really surprised at how many people there were. I have attended plenty of first time events and I cannot recall any beer festivals that had so many people. There were easily 500 people that seemed to appear immediately. All of them with their 2oz commemorative cup, smiles on their faces and looks of determination as they hunted for their first beer of the day. So, while there was an hour delay in beginning, the people were not going to let that ruin their day. The main gripe I heard was about the size of the tasters; 2 ounces at a time for unlimited pours was going to result in some long lines. It was also going to cause some real problems.

At one point in the afternoon I was under a tent taking photos and talking to attendees. It was here that I first heard that some people purchased their tickets via the Living Social network. I was only vaguely familiar with them, so it did not really register as an issue. This was also when my girlfriend started reading Facebook comments to me, mostly that there were people that were mad about waiting an hour to get in. As far as what was happening, everyone seemed to be having a good time and the lines were not too bad; but as always, the more popular breweries had longer lines.

Some of the breweries brought branded glassware for their booths and had them for sale. Because of the size of the tasters some attendees bought glassware, then got pourers to fill them. Other attendees took the plastic cups from the beer pong tent and got them filled. Anyone that has attended more than one beer festival knows that is not supposed to happen. As soon as I spotted the first red Solo cup filled I knew there was going to be problems. There were a lot of volunteers pouring and if no one told them, there is no way they would know this was not proper. I find it difficult to believe that the breweries that poured for themselves did not know better. I am not suggesting that all the breweries were doing this, but it was pretty rampant. When I heard that the second session was canceled by “the order of the OC Fair & Event Center” it did not surprise me at all. I knew if there were any authorities there it was doomed.

Last night and this morning there was a lot of discussion going on about the poor planning of the event and their unsatisfactory experience. It was here that I was told that The Ultimate Beerfest sold close to 2,500 tickets through Living Social. I took a look, and sure enough, you could buy VIP tickets for $35 which was cheaper than a general admission ticket. It was then that I realized that people were not here for a fundraiser because the Living Social page failed to mention it. The page does not state how many of the tickets were for the first session, but to sell 2,500 VIP tickets is pretty sad when VIPs only get an additional hour of beer tasting.

From the Ultimate Beerfest site they state that people that bought tickets for session two should be getting refunds. I saw a note saying to contact your point of purchase for refunds. If they tell me more, I will pass it along. Cheers!

Back to Ultimate Beerfest Photos
[Show as slideshow] 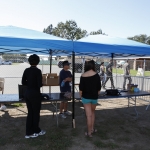 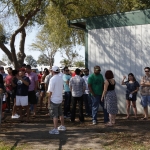 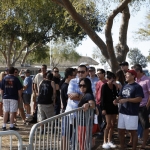 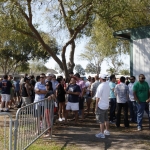 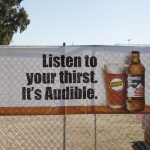 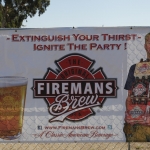 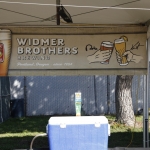 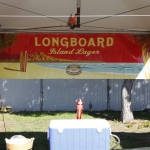 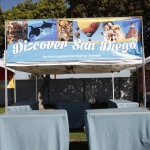 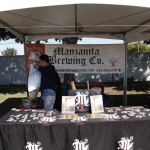 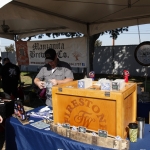 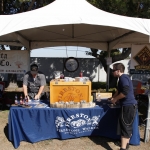 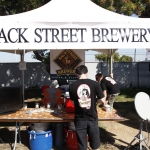 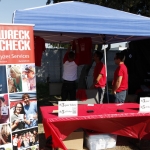 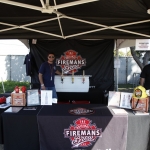 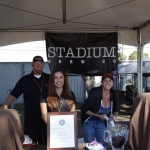 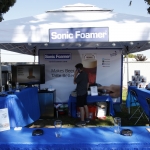 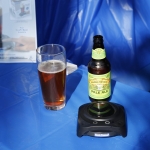 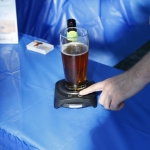 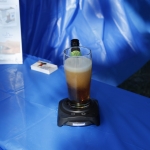 One Response to The Ultimate Beerfest OC – The good, the bad & the ugly