These photos were taken at the four craft breweries that are now open and brewing in the Antelope Valley. They include Transplants Brewing and Lucky Luke Brewing which are across the street from each other in Palmdale; and Bravery Brewing and Kinetic Brewing Company in Lancaster. The accompanying map is set up for doing your own self-guided craft beer tour of the Antelope Valley. Less than 10 miles separate Transplants and Kinetic which are at the far ends of the tour; they may catch up to Torrance at their current rate of expansion and after talking to a couple of the brewery owners, the owners would love it.

I started off at Transplants Brewing Company (Location A on map) for their ribbon cutting. I had visited the facility a couple times since July so I had a general idea of what they had in mind but was blown away by the visuals that immediately pounce on you. The mural is a work in progress but has so much going on; one could spend hours checking out all the intricacies of it. The artist, Brandon “BL” Singleton worked in collaboration with an artist he has worked with before and they do good work together. He worked on the front mural during the grand opening so visitors were able to watch his work progress.

As cool as the tasting room may be to visit, the story is really about the production of the beer. I have to admit that I was a little surprised at how many different beers they had available on opening day. I remember the days of four or five brews being available; Transplants had 12 with styles running from pale ale to barleywine. The crowd seemed to really enjoy Filbert, a chocolate hazelnut brown that was available on nitro or CO2 as well as the Private Line coconut porter and Maple Bacon porter. Tanya’s favorites were the Soulful Ginger and Palmdale Poppies pale ales; my favorite was the Pour Amour, a lemon saison with cracked peppercorn.

As you might gather from the names, there are a lot of interesting flavors being used at Transplants and their customers are responding to them enthusiastically.

Transplants Brewing Company is located at 40242 La Quinta Lane in Palmdale and is open Thursday through Sunday. They offer growlers and crowlers for takeout.

Across the street and literally a good tee-shot from Transplants is Lucky Luke Brewing Company (Location B on map). It has been a few months since the last time I walked in the door at Lucky Luke; I had an idea of how the tasting room would end up looking but it came out even nicer than I expected. Recycling the wood from old pallets and about $240.00 in pennies the bar is simply beautiful.

Lucky Luke had their grand opening back in December and had about 10 beers available when we were there yesterday. The brewery was named after owner Brian Schmitz’s grandfather, Luke. Brian recalled listening to stories his grandfather told him about growing up after The Great Depression and the multiple jobs he held over his lifetime. In his memory, all the beers are named for different professions; several of which Luke had held.

The flight that Tanya picked for us while I was photographing the brewhouse included The Cartographer Pale Ale, The Millwright Oatmeal Stout on nitro, The Impresario IPA (perhaps the best beer in the AV), The Tillman Tart Saison and The Rigger Imperial Stout. To say I was impressed would be an understatement; I cannot wait to return and try some of the others … and get some more of that Impresario, it was that good.

Lucky Luke Brewing is located at 610 W. Avenue O in Palmdale and is open Wednesday through Sunday. They offer growlers to go and they will fill blank growlers as well as growlers from other breweries (they will cover the label).

Our next stop was Bravery Brewing (Location C on map). If you are going to Palmdale to check out Transplants and Lucky Luke, you pretty much have to drive right past Bravery to get home so you probably want to make the stop if for no other reason than to pick up some beers to go. The last time I was at Bravery for their third anniversary they had a respectable number of bottled beers available but when I walked in yesterday the first thing that caught my eye was that the beer display had been moved to a bigger wall to accommodate all the bottles they now have available. What is really surprising is that they are doing it all on a 3 bbl brewhouse; but that is not for long.

When I was at Transplants and Lucky Luke I kept running into Bravery Brewing co-founder, Bart Avery and he was enthusiastic to show me the new brewhouse they are building across the driveway from the existing location. They expect to be up and running there in the next few months and when they do their beer list will expand significantly with up to 30 options being available in the not too distant future.

Bravery Brewing Company is located at 42705 8th Street West in Lancaster and is open seven days a week.

10 minutes down the street from Bravery Brewing is Kinetic Brewing Company (Location D on map), the only brewpub of the group. Kinetic not only offers about seven of their own brews and a respectable guest tap list, but they also brew their own root beer which seems to be something we get every time we visit them. They have a solid food menu and the prices are reasonable.

Kinetic Brewing Company is located at 735 W. Lancaster Boulevard in Lancaster and they are open seven days a week.

As you can see the Antelope Valley is definitely becoming a craft beer destination. I was talking to one of the owners of Transplants and he informed me that there is a train station not far from the breweries so I expect craft beer tours like what we see in the South Bay cannot be far off. In the meantime, you now know when to go on your own. Be sure to tell them the Craft Beer Guy sent you. Cheers! 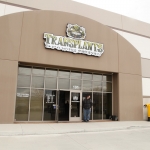 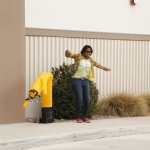 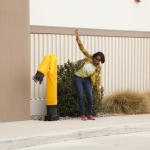 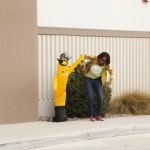 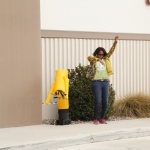 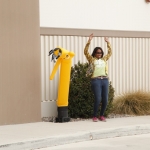 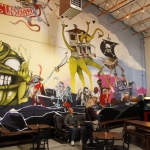 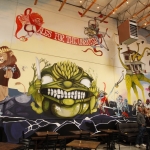 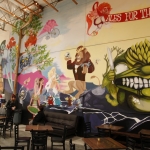 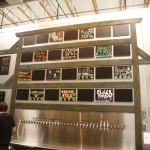 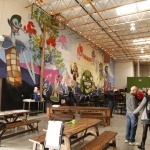 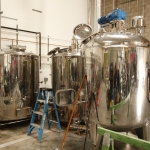 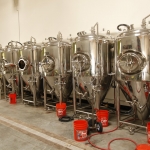 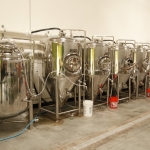 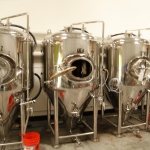 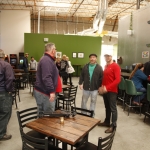 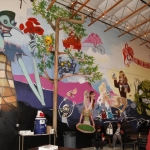 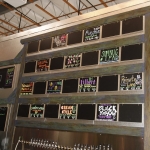 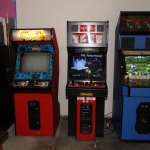 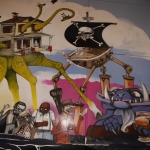