The other day I got a phone call from “Joseph” telling me that he had just gotten involved with a pizzeria and that they had an outstanding tap list that I really should try. In the course of discussion he mentioned that he and his business partner were the new owners of Old Orange Brewing Company. Oh yeah, he did mention that his partner was one of the founders of Shelton Brothers; the importers that bring you great beer and outstanding beer festivals. My interest was slightly piqued; but as I told Joseph, Reseda is kind of a drive from the South Bay. I would “try” to make it out but in my heart, I had a feeling it wasn’t happening because pizza and beer is rarely worth a 60 mile round trip drive in LA traffic. That’s just reality.

Joseph had followed up the telephone call with an email containing a PDF of the craft brews they had on tap. The only ones I was readily familiar with came from Old Orange, and I probably knew more about the brewery than the beer. But I was definitely intrigued, the fact that I would have to look up every beer made me very interested.

I perused the Flame Pizzeria website that listed none of the beers I had been presented but it spoke highly of their chef, Chef Richard Florczak. Chef Richard has been a personal chef for such local celebrities as Tom Cruise, Mel Gibson, Leonardo DiCaprio, Tyson Chandler and Kevin Nealon.

Since the AFC and NFC playoffs were today, the freeways were empty. Google Maps said it would only take 42 minutes which I knew meant 30 for me. I had Tanya look at the menu and tell me if the food interested her; it did. Happy wife, happy life; we drove out to Reseda.

I wasn’t really sure what to expect when we pulled up to Flame Pizzeria at the corner of Tampa and Vanowen, but Tanya quickly reminded me; “You always say the best food comes out of strip malls.” She was right, I do say that, but this is pizza.

We were greeted immediately at the door by V; I told her I was supposed to see Will, who was sitting at the bar. Will turned out to be Will Shelton, one of the Shelton Brothers. He no longer works there but he still knows his beer. The tap list was something straight out of the Shelton Brothers Festival. We tried beers like Zinnebir by Brasserie de la Senne, Aphrodisiaque by Brasserie Dieu du Ciel!, XX Bitter by de Ranke and Original Ritterguts Gose. Everyone was as good as the last.

But I would be remiss if I did not talk about the food. When we ordered we just got a pizza to split between us. I don’t usually do much pizza and Tanya has not had an appetite lately. After we each had our first bite the table was pretty much silent until Chef Richard was introduced and he asked how we liked it. He told us to save room for the dessert so we backed off at 3/4’s of the pizza down. The dessert was a Toasted Almond Cream Cake, which I paired with the Aphrodisiaque.

Some of you may follow my other site, GotBaddog.com, so you may know that we are kind of tiramisu snobs and have sought the best out around the world. This Toasted Almond Cream Cake could make me forget about tiramisu forever; just amazing.

Flame Pizzeria is located at 19309 Vanowen Street in Reseda. They open at 4:00 PM and are open every day except Monday. I do not know that I would make regular 60 mile round trips to go there, but if I am stuck in traffic or in the Valley and need break, Flame is definitely on my radar. They are right off the 101 and Tampa and definitely worth the stop. Tell them Craft Beer Guy sent you. Cheers! 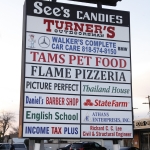 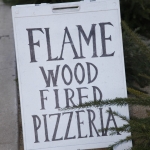 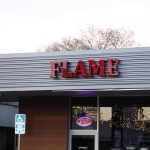 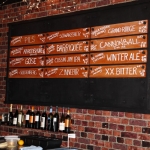 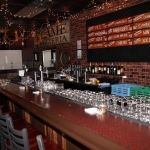 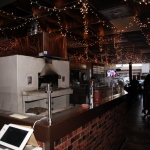 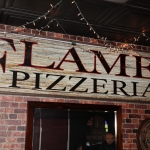 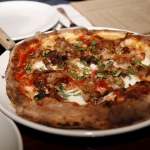 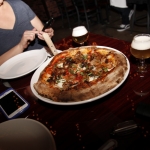 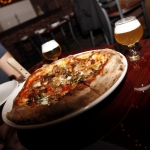 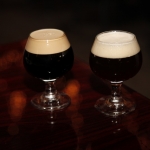 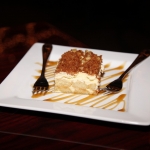 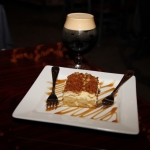 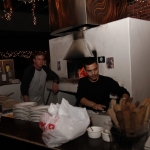 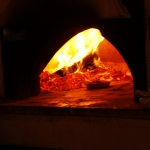 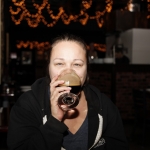