On Sunday afternoon I finally made it out to Inglewood to visit the South Bay area’s newest craft production brewery; Three Weavers Brewing Company. Located on Manchester Boulevard, just around the corner from world famous landmark, Randy’s Donuts, the location may be a little difficult to locate but the U-turn will be worth it if you happen to miss their driveway the first time you go there. While this may be the newest production brewery in the area, a visit to their tasting room makes it abundantly clear that they are here for the long run.

Having watched a few new breweries build from the ground up, like King Harbor and Absolution Brewing, the size of this operation is on par with some long time operations as far as brewing capability. The five tall tanks are one of the first things you will notice when you walk in and they are impressive on their own but a stroll around the corner of the brewhouse reveals a huge cold box. My initial thought was that you could probably fit every cold box in the South Bay into the Three Weavers box and still have room for beer. I had an opportunity to chat with Three Weavers head brewer, Alexandra Nowell, and she informed me that it is 1,000 square feet (bigger than my first home) with plans to add a 3,000 square foot cold box in the near future. As Nowell put it, if you are going to brew a lot of beer you need somewhere to put it. It is pretty obvious that they plan on brewing a lot of beer and have already begun bottling some, including their collaboration with Noble Ale Works, The Messenger IPA.

On Sunday they had nine varieties of their brews available; five of which are their core beers, and the ones you will find available in their flights. The flights include their Seafarer Kolsch, Stateside Session IPA, Expatriate IPA, Deep Roots ESB and Midnight Flight. They had four specialty beers available for full pours including their Knotty DIPA, Southbounder Coffee Stout, Hounslow Porter and their collaboration with Noble Ale Works, The Messenger. I have to say that my personal favorites were Seafarer, Stateside, Midnight Flight and Southbounder. I liked how the Stateside is so very well balanced and even though I am not really a coffee beer guy, Southbounder was outstanding.

We got there pretty early on Sunday afternoon so it was not very crowded but there were several beerlebrity (yes, I am coining that word) sightings besides Alexandra Nowell including 21st Amendment co-founder and brewmaster Shaun O’Sullivan and the face of Einstok, Jeramy Duncan.

If you have not had an opportunity to check them out yet, I would recommend stopping by for a flight, at least. Three Weavers Brewing Company is located at 1031 W. Manchester Boulevard in Inglewood and is open Wednesday through Sunday. Cheers!

Back to Photos from Three Weavers Brewing Company
[Show as slideshow] 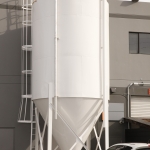 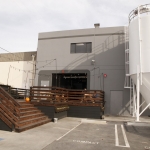 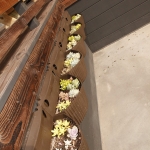 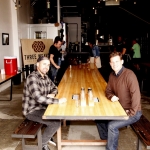 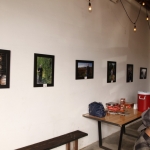 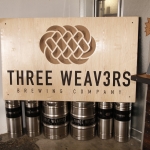 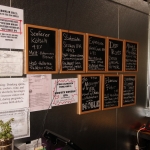 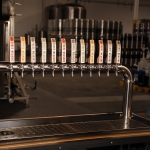 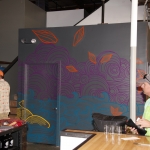 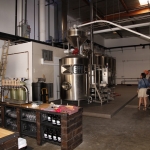 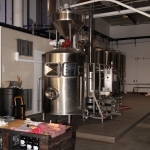 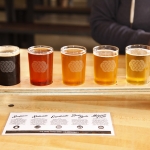 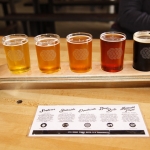 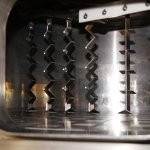 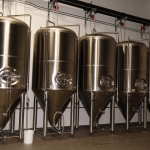 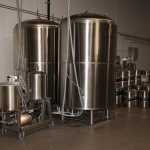 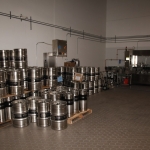 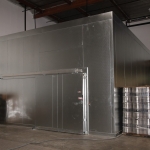 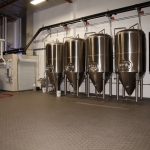 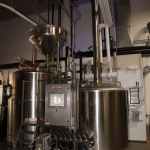 1 2 3 ►
Back to Photos from Three Weavers Brewing Company