As most of you are probably aware, the month of November has been designated by The Movember Foundation as Movember; the month for raising funds for and awareness of mens health issues, specifically prostate and testicular cancer. As part of the month-long campaign, men around the world were encouraged to grow a mustache for the month. I participated in this fundraiser in 2010 but my mustache grows so slow that I have decided to just keep it and participate in the fundraising efforts via other avenues. Local craft brewery, The Dudes’ Brewing Company, participated by holding a Movember Celebration and Shave-Off over this past weekend.

Over the course of the weekend they donated $1.00 from every Double Trunk DIPA sold in the tasting room to the Movember Foundation. On Saturday they had raffles throughout the day and a Best Mustache Contest with the first place prize being a $100 gift certificate, second place receiving a case of The Dudes’ brew and the third place winner receiving a growler and fill. I am afraid I missed Saturday’s festivities so I cannot tell you who won that contest.

On Sunday, two barbers from Faded Society Barber Shop, Ed the Barber and Louis Garcia, came out and gave free shaves to anyone that wanted one with all tips being donated to the Movember Foundation. This I did participate in, not only for an excuse to donate some money to the Movember cause, but I wanted to experience a straight razor shave without being butchered like I was the first time I tried it back in Ireland. Ed the Barber took care of me with a nice clean up so I look presentable to the kids when I play Santa Claus in a few weeks. Faded Society Barber Shop is located at 1015 E. Main Street in Alhambra, which is just down the street from 38 Degrees Ale House and Ohana Brewing, so if you are in the neighborhood and need a shave and/or trim stop by and check them out. They are nice guys and do good work. They do not have a web site, but they do have an Instagram account so you can get an idea of the kind of work they do. The Dudes’ Brewing Company is located at 1840 W. 208th Street in Torrance.

The first few photos are from Monkish Brewing as Tanya, my fiancee, wanted to try their Bourbon Barrel-Aged Magnificat on tap before it runs out. I went with the 2013 Magnificat because it was a cool, rainy day that was perfect for a nice dark Belgian ale. Judging by the size of the early crowd, I was not the only one that thought so. Monkish Brewing Company is located at 20311 S. Western Avenue in Torrance. Cheers!

Movember Shave-Off at The Dudes’ Brewing Company
[Show as slideshow] 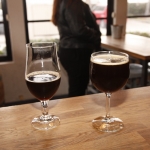 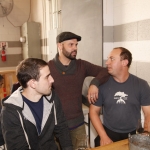 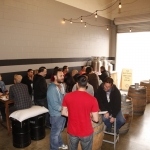 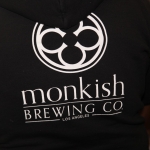 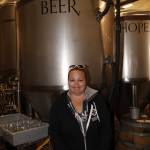 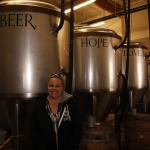 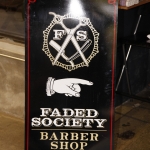 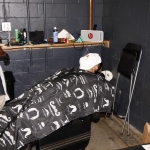 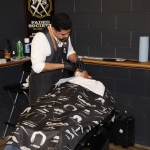 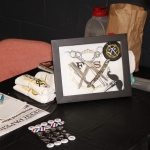 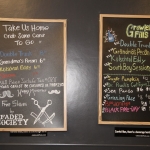 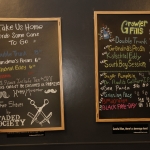 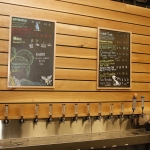 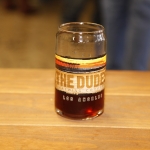 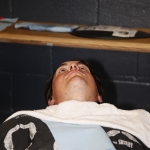 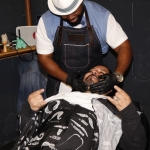 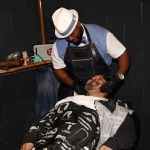 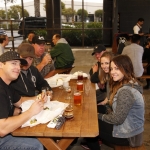 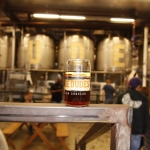 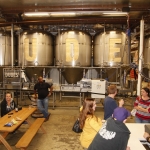