After the ribbon cutting, dignitaries, friends, family, and media were invited in to sample some of the foods from George Lopez’s Chingon Kitchen, Chicken TWILI, Colin Cowherd’s The Herd, and Rock’n Fish Restaurant, as well as some of the mixed drink cocktails and beers that are available.

When I arrived, the first thing I noticed was steam coming from the roof over the brewhouse, which was a very good sign as they had not been able to start brewing when I was there early last week. When I worked my way back to the brewhouse the smell of an oatmeal stout was the first thing to greet me. I spoke with Head Brewer Justinian Caire, and Assistant Brewer Alex Rodriguez, who informed me that they currently had five or six brews in fermenters, including a cream ale, blonde ale, and double IPA. It is pretty obvious they have been busy little brewers over the past week.

The Brews Hall will hold their official Grand Opening this Monday, November 18 from 6:00-9:00 PM. This will be a ticketed event. Tickets are $100 each which get you three adult beverages and two food items (selection of one appetizer and one entrée), as well as a photo opportunity with George Lopez or Colin Cowherd. You can purchase your tickets through Eventbrite. They will also have a raffle for a George Lopez Low Rider bike. They should have at least two brews from the new brewhouse, maybe three if we are lucky. 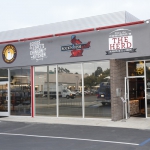 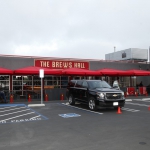 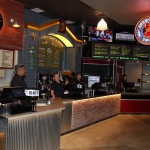 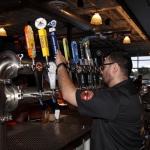 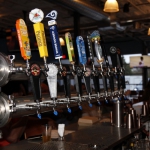 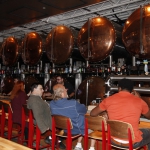 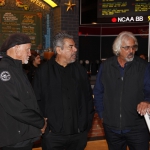 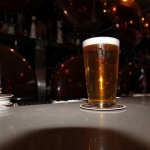 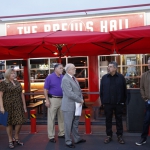 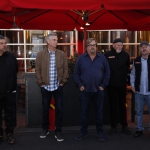 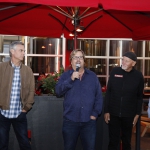 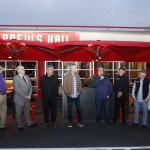 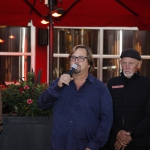 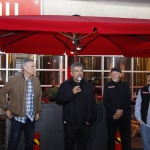 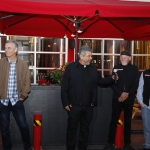 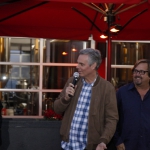 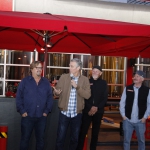 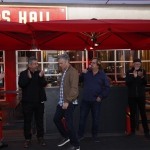 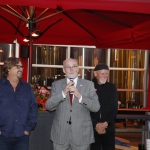