The Brews Hall at Del Amo: From the Beginning

I guess it was the end of 2018 that I started hearing rumors that a new brewery was coming to Torrance. The details were vague, but I heard it was going to be over by the Del Amo Shopping Center and it was being opened by Mike Zislis, the man behind such local favorites as Brewco Manhattan Beach, Rock & Brews, and Rock’n Fish. I figured there were only a couple spots at Del Amo that could fit a brewery, so I made a mental note to drive by whenever possible to see if I could figure out the new location. One afternoon I noticed a building that used to house a cross-fit gym that had the familiar Notice of Application to Sell Alcoholic Beverages; I knew I had the location correct.

On February 19 I happened to be at Brewco in Manhattan Beach for the Pliny the Younger release, when Mike Zislis, Dave Furano (Co-founder at Rock & Brews), and George Lopez came in and sat at the table next to me. Naturally, I used the opportunity to confirm that my research matched up with the rumors I had heard; it did. I also used to opportunity to get the okay to photograph the build, which was granted. I started photographing the location on February 28 and the photographs end today, November 4 as they are now in the soft open phase.

The Brews Hall is different than anything else around here in that it is a combination of two breweries sharing one brewhouse, and a food court made up of four restaurants. The breweries are Buzzrock Brewing Company and George Lopez’s Ta Loco Brewing Company. The four restaurants are Chicken TWILI, Colin Cowherd’s The Herd, Rock’n Fish Restaurant, and George Lopez’s Chingon Kitchen.

The Head Brewer is Justinian Caire, formerly of Stone Brewing, with Alex Rodriguez, formerly of Monkish Brewing, acting as assistant-brewer. Buzzrock will do most of the beers, with Ta Loco Brewing providing brews Mexican-style brews.

The soft open actually began this past Saturday, but due to circumstances beyond Caire’s control, they have not started brewing yet; it seems like if it is not one thing, it is another. Currently the problem is heating water to brew; since they were hoping to be open and brewing a few weeks ago it was decided that they would open with guest taps until they can fill their own brite tanks. Their eight tap handles include Strand Brewing’s 24th Street, El Segundo Brewing’s Mayberry IPA, Offshoot’s Retreat Hazy DIPA, Elysian Brewing’s Space Dust, Pacifico, and three from Golden Road Brewing. The heavy AB-InBev influence is due to the fact that they helped arrange a trailer to The Brews Hall to keep the guest kegs cold while they wait to begin serving their own beer. I would say they should be serving Buzzrock and Ta Loco brews within a month or so. 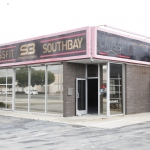 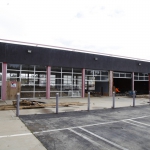 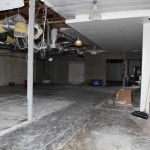 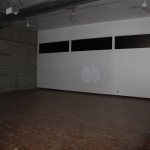 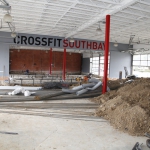 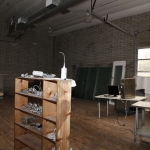 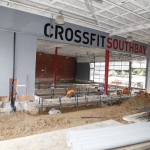 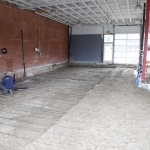 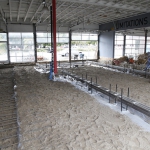 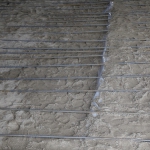 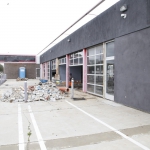 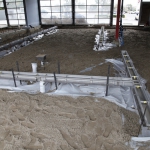 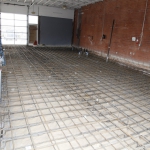 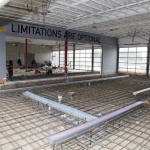 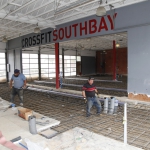 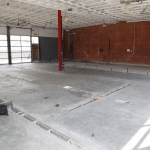 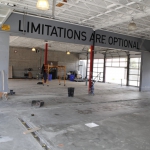 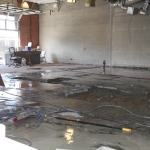 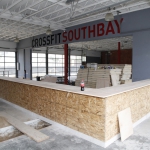 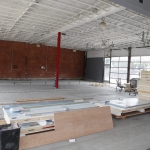 One Response to The Brews Hall at Del Amo: From the Beginning