The Art of Craft Beer Can Art

Having observed the surge of craft breweries in the Greater Los Angeles area, with an almost inside view of the South Bay craft scene in its infancy, the sheer number of new breweries around here is nothing short of amazing. I mean, El Segundo has four breweries now, Lomita has two! It is easier to name the cities that don’t have a brewery than to remember all of them that now do; and they all have multiple breweries, except for Hermosa Beach which had The Brewery at Abigaile close while writing this.

Beyond the obvious expansion of breweries, and that’s not even counting all the satellite taprooms that are popping up, one thing that has really surprised me is how quickly these new breweries have started canning or bottling. I remember when mobile canning was a thing, which wasn’t really that long ago, but everyone is getting their own canning or bottling line, and you have El Segundo Brewing with one of each. Burnin’ Daylight is celebrating their one year anniversary this Saturday, and they have been canning for probably six months. That was just unheard of few years ago. One of the spinoffs of this trend is that of can art. 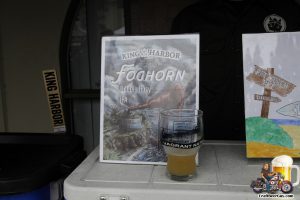 Of course labels have always been important, and for years I have heard it suggested that the labels on craft beer bottles were merely following the example of wine, it was all about the views and turning those views into sales. Marketing, I get it; but beer can labels are really getting, for the lack of a better word, interesting.

I was at the King Harbor Brewing 5th Anniversary when I noticed the artwork pictured to the left. It was drawn by King Harbor Brewing beertender Nik Sebastian for one of the beers entered in a contest the brewers had among each other. I was unfamiliar with Nik’s work at the time, but thought that would make a really nice label. King Harbor never canned that particular beer, but they did have Nik design the label for their Dry Land Brut IPA. It was then that I decided I would write this article.

One cannot live in Southern California and not think of Brouwerij West when it comes to “can art” so they were my first stop. Brouwerij West has always had interesting artwork; going back to the days before they even had a brewery to call their own, much less think about canning. As they started expanding the number of beers they were doing on a regular basis, their accompanying artwork expanded as well; which brings up something that none of the “big beer” companies need worry about, the sheer number of designs they have to come up with.

On the afternoon I was there, there were 10 different beers, with 10 different labels available in the cooler; and they were canning their collaboration with Riip Beer, Space Crisp, at the time. Co-founder, Brian Mercer took me back to the archives, aka the cold box, and they had 13 in there. That is a lot of labels, and there is more to it than just getting it designed.

Depending on where you live and what kind of distribution is planned, labels can be subject to approval by the Alcohol and Tobacco Tax and Trade Bureau (TTB), and then there are the licensing agreements with the designer, as well as getting the design to fit on the label while still including the required text. With Brouwerij West the process was a little more complicated with the new labels that they frequently use on the new releases.

As I said, they were canning Space Crisp while I was there, and it just so happens that the labeling is done at the same end as the bar, so I went to watch.

Each label comes on a 12″ x 4″ (approximate) strip of wax paper, instead of the standard square type, with different portions of the label laid out on it. This means they had to get the cans to stay in place with a couple rollers, while they spun around a couple times to get all the stickers off the wax paper and onto the can; through trial and error they were able to modify both the hardware and software to make this happen.

Does it work? Well, a few days later I visited Select Beer Store and checked out the canned beer section of the cooler; from across the room I could spot the Jaws Rice as being a Brouwerij West beer.

One thing I have learned as a result of the hazy IPA fad is that if you buy a 4-pak of a hazy, you should probably read the can before you put it in the fridge; beer comes with directions now.

The local brewery that I first noticed doing this was Los Angeles Ale Works. I was invited down one morning to observe their relatively new canning line in operation as well as grab some can are photos of their releases.

LA Ale Works is a little different in that they use the “shrink sleeve” style of label, which means they usually get their cans prelabeled. These are going to cost more, and they have minimum purchase requirements, so when you go that route you have to be committed to the process. LA Ale Works founder and brewmaster Kristofor Barnes said they just really like the look of the shrink sleeve, and they play with it by have the metal show through underneath the label like they did with their Superstein German Festbier.

LA Ale Works has their artwork done by friends and family, they have at least one graphic artist in the family. Since they do use the shrink sleeve prelabeled cans they have pretty much set up a template so that the artists will work around/incorporate the LA Ale Works shield up front, and description in the back along with the text that goes around the top of every can.

If you have not read your hazy IPA beer can closely yet, you might want to. Some recommend storing them upside down; others will instruct you to swirl the beer around in the can when you get to the halfway point. It does make a difference. Since I have seen these instructions a few times on LA Ale Works beers I asked Barnes about the instructions. It is to help ensure the yeast sediment blends with the entire beer. It does make a difference, especially if you are sharing a 16oz can.

I stopped by Burnin’ Daylight because while they have only been canning a short while, their can art has been cool ever since they released crowlers. Of the four cans I am aware of, two of them are collaboration brews, so it is kind of expected that the label is not going to scream out one brewery or another.

Strand Brewing is finally putting that new brewhouse to work and they had 10 of their own beers available in cans now. I was not really able to talk to anyone about the design process, but they keep the Strand Brewing name right out front; you won’t gaze at a label and wonder who the brewery is.

What I find interesting is the obvious costs involved in this already slim margin industry to catch the eye of the consumer. If a beer is being primarily sold out of their own cooler, you have to wonder how far they can go. I visited a couple more locations with craft beer displays to see what they all look like together. When I went to the Whole Foods in El Segundo it was eye opening; there are a lot of local selections available these days. So how much does a label influence the consumer when it involves a beer or brewery new to them?

I was talking to Brent Bates, the owner of Craft Beer Cellar in Torrance about how much he felt labels influenced the people that came in. He assured me in his opinion it did, and immediately presented a 4-pak of Hollows from LIC Beer Project as an example. It was not an inexpensive beer by any means and he knew for fact people were buying this beer because of the label. This brings up another thing; collecting and trading labels.

I remember being in a brewery in Indiana and the owner was bragging that the labels on his cans (may have been bottles, it was a long time ago) were easily peeled off. As I was transporting the beer home in a cooler of water and ice, that wasn’t exactly a plus. I guess people back there were already collecting labels. In the course of talking to friends over a beer, I discovered people like to peel labels off cans and decorate their jockey boxes and refrigerators with them. I wonder how long before people are trading beers for the can art as much as for the beer itself. I will not be surprised if I discover it is already happening.

I asked on a couple Facebook groups how much labeling affects their choices, and got a variety of responses. One person said, “To [sic] many beers on the shelf to look at.” Others admitted that can art can easily draw them in, but a beer’s name does the same thing. More than once it was mentioned to beware; sometimes the art is the only good thing about the purchase. I think the one thing most want is the packaging date; not a best before date.

I think this is a good time to be a freelance artist; there are breweries popping up all over and apparently most of them are going to bottle or can and they are going to need some good can art to go along those beers. Cheers!

Back to Can Art Photos
[Show as slideshow] 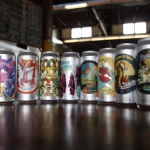 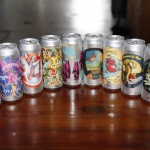 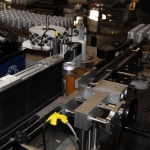 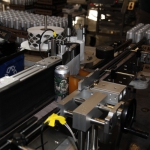 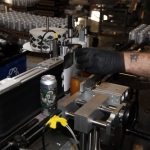 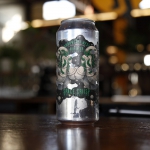 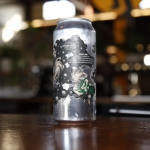 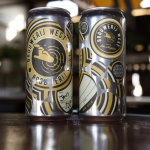 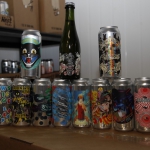 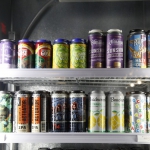 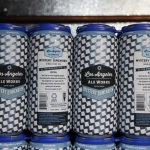 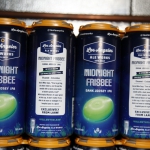 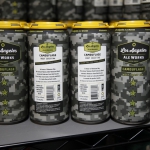 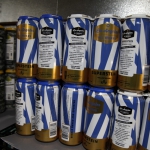 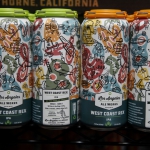 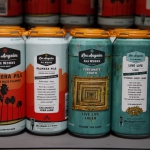 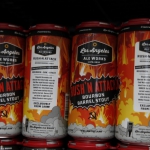 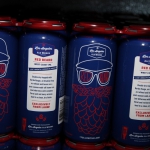 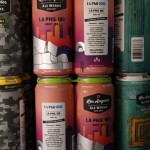 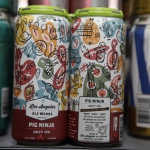 Back to Can Art Photos