These photos were taken Saturday afternoon at Stout Burgers & Beers Hollywood location, where Stout’s Beer Fest for Beer Geeks held The Rarest Experience craft beer festival. The event featured 30 very rare beers from 22 craft breweries around the country and Belgium. These beers were not just rare, but a few were the last you will ever see in the US.

Joey Anderson, the National Beer Manager for Stout Burgers & Beers, curated the event with extremely rare beers collected and cellared by Anderson over the years. Some of the beers were actually sourced from the private collections of the breweries; to give you an idea of how rare some of the beers were.

BOM (Both Beers No Longer Available In The US)

2013 120 Minute IPA, 18% – Imperial IPA Boiled & Continually Hopped For 2 Hours, Then Dry Hopped Every Day In The Fermenter For A Month, & Aged For A Month On Whole Leaf Hops

2011 Scaldis Noel, 12% – Belgian Dark Strong Ale Using A Traditional Process Which Consists Of Placing Hops In The Vats w/The Beer For 4 To 6 Weeks

As you can see, there was pretty much something for everyone; unless you wanted a west coast style IPA; but you could walk inside the restaurant to satisfy that desire.

In addition to the great beer selection, Stout provided sliders pretty much non-stop, along with plenty of water, cornhole and music. Luckily, Mother Nature cooperated and the weather stayed in the 80’s instead of the triple digit stuff LA was experiencing a week earlier.

Long time readers may recall that I attended a Beer Fest for Beer Geeks a few years ago at Stout’s Studio City location. Apparently they have tweaked the name a little and will be moving the Studio City festival to the Hollywood location as it has a bigger parking lot. This will be held yearly in November as The Rare Experience. The plan is to hold The Rarest Experience every other year.

The Rarest Experience was a great event as expected; there is no doubt that Anderson knows how to curate a beer festival. 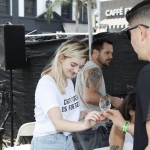 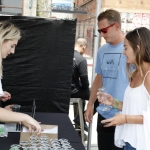 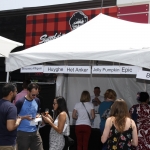 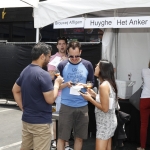 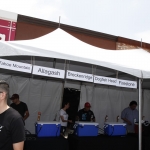 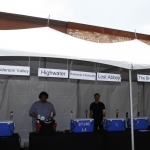 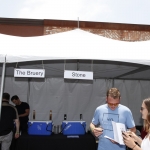 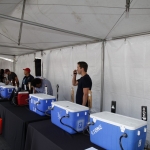 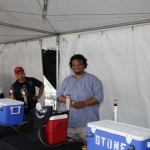 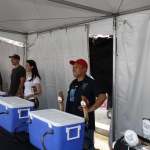 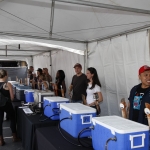 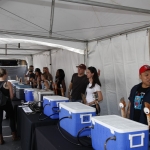 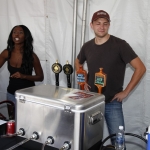 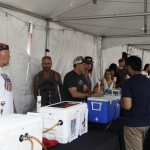 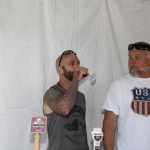 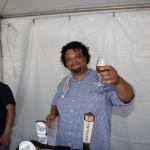 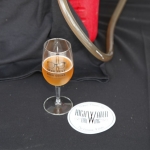 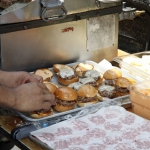 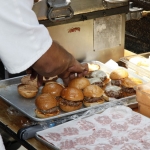