These photos were taken Saturday afternoon at Burnin’ Daylight Brewing Company, a brewpub that is the first for the City of Lomita, where they celebrated their long-awaited grand opening. The event featured a ribbon cutting (that I missed) and a beer garden featuring live music, a DJ, a silk screener, food from the Burnin’ Daylight kitchen, and unlimited pours of dozens of beers.

The grand opening was a ticketed event for those attendees that wanted to go out back to the parking lot that was set up as the beer garden. For the price of admission, attendees received a commemorative tasting glass and unlimited pours of Burnin’ Daylight’s brews, as well as the collaboration brews they had done with El Segundo Brewing. Since Burnin’ Daylight is a brewpub, they are able to have guest taps; they took advantage of this by including brews from El Segundo Brewing, Riip Beer, Smog City, Three Weavers, Beachwood, Stone, Tortugo, and HopSaint. If you did not want to go to the beer garden, you were able to buy full pours in the brewpub.

Burnin’ Daylight could not have asked for a nicer day to hold an outdoor event; it was a sunny day in the mid-70s. Booths were spread out enough that there never were any lines I noticed, except for maybe the food; with several hundred people in attendance that was pretty impressive.

Burnin’ Daylight Brewing Company is located at 24516 Narbonne Avenue in Lomita; they offer crowlers to go, or if you bring in an outside growler, they will fill those. They are currently open Thursday through Monday. Cheers! 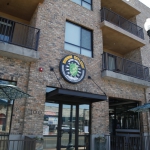 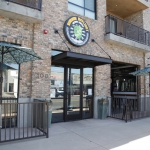 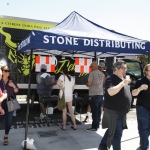 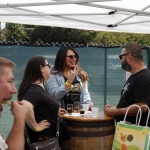 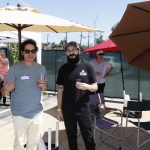 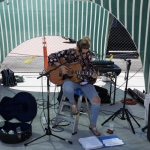 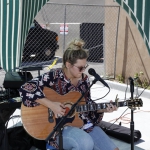 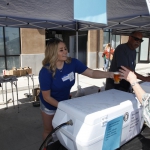 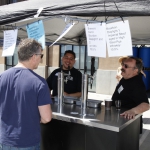 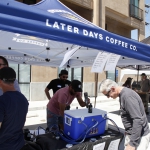 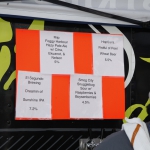 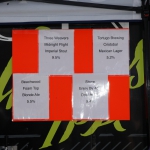 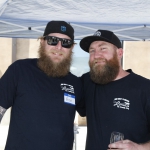 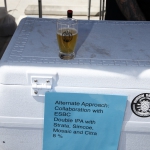 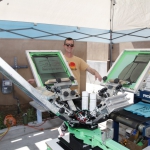 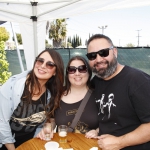 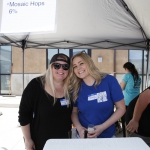 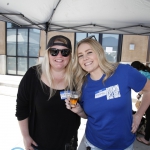 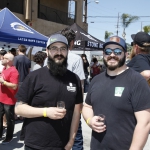 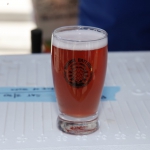