Photos of the Brewer’s Beer Dinner at Abigaile Brewery

These photos were taken Monday evening at Abigaile Restaurant and Brewery in Hermosa Beach, where Head Brewer Josh McCombs teamed up with Executive Chef Tin Vuong, and Chef de Cuisine Mailyn Castillo to put on another of their series of beer dinners; this time being a delicious five course dinner (which was advertised as a four course meal) paired with beers brewed by McCombs.

The meal started off with an appetizer consisting of a roasted scallop on the half shell, with a nuac cham sauce made up of butter, parsley, and coriander. This was paired with McCombs’ Dim Wit Hefeweisen which really complemented the buttery texture of the scallop.

For round two we were served a Crisp Duck Arancini, stuffed with duck and mozzarella with a lemon pepper sauce (really tasty). This was paired with McCombs’ South Side Kolsch which balanced the richness of the arancini, and was enhanced by the lemon pepper sauce.

For the third course we were served pan seared barramundi, also known as Asian sea bass, served over roasted squash, pear, and pesto salad. This was paired with Grazin’ Sway Hazy IPA, which added some complexity to the mild flavor of the barramundi.

The fourth course almost made me tap out, but the beef short rib with beer onion jus over the roasted turnip puree and fall vegetables was just too good. The ribs were huge and meaty and went amazingly well with McCombs’ Prost Malone Festbier. To be honest, as soon as I saw it on the menu I had a feeling this was going to be one of the best pairings of the evening. Beef and a good malty brew are pretty hard to top.

While I think it is tough to beat a match of beef and a malty brew, McCombs did his best with dessert which consisted of their Stout Gelato, which was commissioned and made with McCombs’ Soul Train Imperial Stout. This was paired with not one, not two, but three variants of his Blackout Barrel-Aged Imperial Stout.

Blackout is the bourbon/rye whiskey barrel-aged version of Soul Train; for this dinner McCombs modified Blackout to create a salted caramel and chocolate espresso version to go along with the barrel-aged edition. The chocolate espresso was so chocolaty that you might think a can of chocolate syrup was poured into your beer; it was really good. However, as good as it was, the salted caramel version was pretty mind blowing and was truly outstanding when paired with the gelato.

All the food items we had at the dinner are on Abigaile’s food menu regularly, so if you did not make out last night feel free to visit The Brewery at Abigaile so you can create your own personal beer dinner.

A couple closing notes. First off, Abigaile’s plans on doing these beer dinners every couple of months going forward. This dinner was only $30, so the value is definitely there. Secondly, if you are a vegetarian, Abigaile will modify the menu for you; even if you are the only one requesting it. I was impressed and surprised. Word is they may even have a vegan dinner in the not too distant future.

Abigaile Restaurant and Brewery is located at 1301 Manhattan Avenue in Hermosa Beach. They are open seven days a week and offer growlers to go. Cheers! 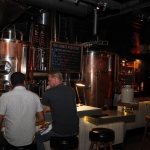 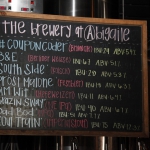 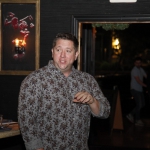 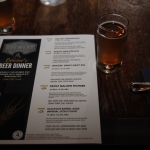 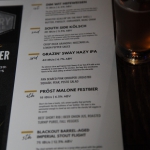 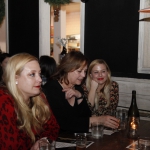 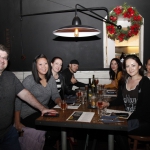 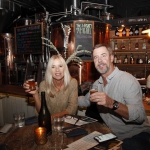 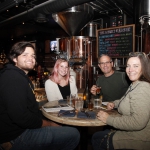 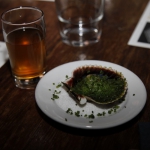 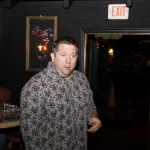 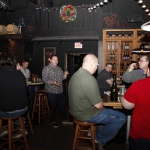 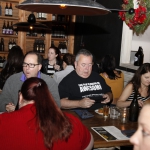 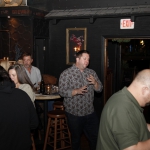 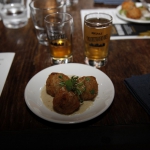 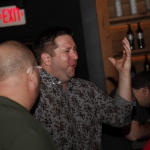 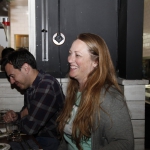 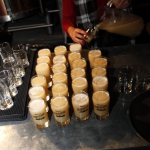 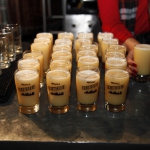 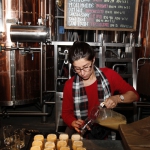