If you have been following along you know that on Saturday I was at the BEERS Summer Fest in downtown Los Angeles. As the day approached I could see by the weather reports that it was going to be a hot day in DTLA, and unless The Chair parking lot, where the event was being held, had a lot of trees it was going to have to be a pretty entertaining event for me to stay long. Luckily, I knew that Mumford Brewing was just a couple miles away and I knew Angel City was walking distance from there, so I had a backup plan. If not for the BEERS festival, I was going to save my visit to the L.A. Arts District breweries for when everyone was up and running. I had heard good things about Mumford and I think Angel City’s location is one of the more interesting breweries to photograph so it did not take much convincing to head over to the Arts District for some exploring.

When we arrived at Mumford Brewing I was not really sure what I thought. The exterior of the building was brightly colored, but as soon as you see the door you are greeted by the face of a stern Mr. Mumford and the first seating looked like something found in a hip or hep coffee shop. As I turned my gaze to the left I noticed the familiar chalkboards listing the available brews and a room that looked more like the tasting rooms I am familiar with; lots of concrete and basic tables with stools. There were not very many people at the time when compared to what I see in the South Bay breweries, but they had a fair number of customers. By the time we finished our flight it seemed like most tables had suddenly become occupied.

We ordered a flight of everything which consisted of their L.A. Crema [creme ale], Saison De Miel, Bleacher Beer [pale ale], Campout [pale ale], Gridlock IPA, Boyd St. IPA and Black Mamba [dark ale]. Starting off with L.A. Crema I was not impressed, it was just too light and no outstanding flavors really hit me; things immediately changed with the Saison De Miel though, that was loaded with flavor. I noticed that one of the available beers had been covered; apparently they do small batch specials and that day’s had been the Saison De Miel with apricots. I was immediately sorry I did not leave the beer festival sooner. Things just seemed to get better from there with the Bleacher Beer being the standout for me.

Mumford Brewing is located at 416 Boyd Street in Los Angeles. They are currently open Thursday through Sunday with the standard 4:00-9:00 PM on weekdays, noon to 9:00 PM on Saturday and noon until 6:00 PM on Sundays. They do not have food beyond a couple snacks but there are places close by that will deliver. Mumford sells growlers and crowlers for to-go purchases.

Since we were within walking distance and we knew they would have food trucks, we walked over to Angel City Brewery. I had been to Angel City once before with the LA Beer Bloggers and although it has been two years, I recalled it being quite photogenic so if nothing else, I should be able to get some decent photos.

Tanya found some chicken and waffles that were pretty good and some sweet potato fries that were priced like some high priced restaurant. I found a flight, which I had failed to do on my first visit. Sadly, nothing was of note, perhaps it was because it was the end of my day; I got some fun photos though.

Angel City Brewery is located at 216 Alameda in Los Angeles; they are open every day and give tours throughout the weekend. Check out their website for more information on tours and the food truck schedule. Cheers! 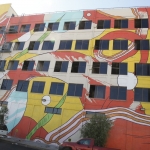 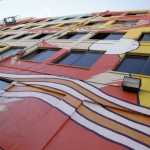 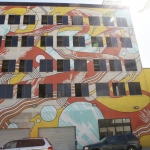 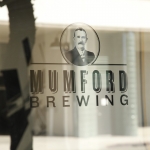 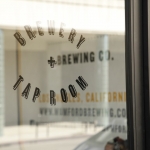 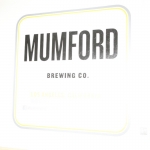 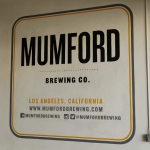 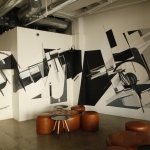 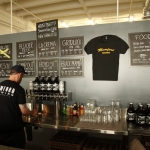 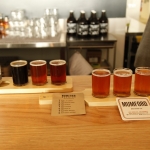 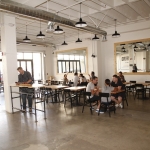 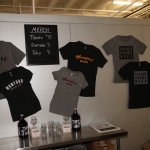 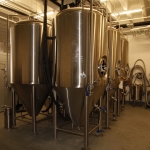 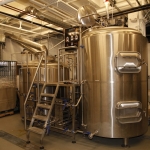 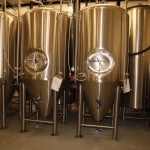 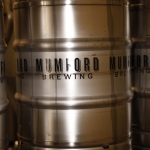 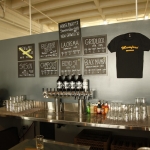 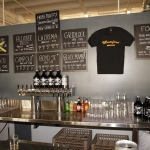 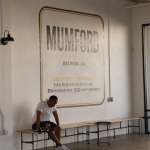