BEERS Summer Fest: Festivals only look easy to put on

These photos were taken at the inaugural BEERS Summer Fest, which was held Saturday at The REEF, Chair Parking Lot in downtown Los Angeles. As one might guess, I am approached on a regular basis to promote craft beer festivals; some are large, well established events and others are smaller inaugural events. Some inaugural events are bigger and more successful than expected and others are probably not going to have a second annual event. Since there are a lot of newer beer festivals that seem to get the beer donated and donate a very small portion of the proceeds to a charity so they can get the permit, I have decided to start asking questions about how much actually will be donated before I consider promoting the event. Of even more importance is whether or not I think I will go to it; because I am not in the habit of promoting events that I am not attending.

When I was first approached about promoting the BEERS Magazine BEERS Summer Fest I was taken aback when I saw the pricing structure. $10 to get in, all of which would go to the charity; then $25 for the pint glass that you would get your beer poured in. No glass, no beer. I could not recall any event that I have attended that used this method. There was a $5.00 discount if you pre-paid for your glass, but when I inquired about getting an additional discount for my readers I was told they could not do that. So I started to wonder how much they were paying for the glassware.

I took a look at the description of the event which initially included three beers each from 10 breweries; Anchor Brewing, Wicks Brewing, Absolution Brewing, The Great Brewing Company, Solarc Brewing, Mission, Figueroa Mountain, Fireman’s Brew, Escape Craft Brewery and The Dudes’. They also boasted a DJ, contests including arm wrestling, cornhole and beer pong that each had a $500 cash prize pool and a Battle of the Guitars that had a $750 cash prize pool. All of the contests were free to enter on a first to signup basis. Most of the breweries I see on a regular basis but I had not been to Wicks since they first opened and I was completely unfamiliar with The Great Brewing Company or Escape Craft Brewery so that was enough to tilt the scales in favor of my attending.

I arrived early to photograph the setup and started to wonder where the 10 promised breweries were. I was only about 20 minutes early and I only saw five breweries set up. Also, conspicuously absent was the estimated 1,500-3,000 expected attendees. But hey, it was really hot; I was questioning my early arrival as well. As I spoke with various brewery representatives I discovered that none of the beer was donated, BEERS had bought it all. Not only had they bought it, they bought enough for 3,000 people to show up with pint glasses. And to be honest, that doesn’t even count the three breweries that did not show; Wicks, Anchor and The Dudes.

I know that prior to Saturday the beneficiaries were supposed to be RISE – Reaching and Improving Society with Education and the Smiles for M.I.L.E.S. Foundation. When I first interacted with the staff she explained it was her first time and that she was with the beneficiary, Stella Adler-Los Angeles. Apparently the former beneficiaries were unable to come up with enough volunteers to help out at the event so Stella Adler got it. As far as the three no-shows, for all I know the promoters may have eventually figured out they had too much beer and asked if they could cancel the orders. The owner of The Great Beer Company brought bottles instead of kegs and he told me he was not even going to bother invoicing them. With all the security and portable johns set up, it was pretty evident they were expecting more people.

I have to say that I felt bad for the organizers and I must wonder how they came to the conclusion that more than a few hundred might attend. Unless you are selling tickets on Groupon or something like that, it takes years of experience to put on a nice festival of 1,500-3,000 people; and you do not do it in a parking lot in DTLA.

But that is not to say it was all bad, in fact, I am glad I went if for no other reason than I got to try Escape Craft Brewery; one of the three breweries I specifically made the drive for. When I first arrived, Escape was one of the five breweries that I could not see. A few minutes after the event officially started I noticed Josh and Melissa Fisher come up carrying all the implements of the trade so I decided to give them some time and go see what The Great Beer Company was pouring.

The Great Beer Company is a contract brewer out of Chatsworth and he has one brew, his Hollywood Blonde which is a German inspired kolsch. He uses two locations to brew his beer; one for the bottles and another for the kegs. It was good for a 100 degree day in a parking lot.

Having given them plenty of time to set up, we worked our way through the waves of heat emanating from the blacktop to check out Escape Craft Brewery. While I was busy asking questions (they have been open seven months and are in Redlands across the freeway from Ritual Brewing) Tanya sneaked in and ordered a Redlands Nights, an American Blonde Ale. As co-owner and wife of the brewer Melissa was pouring the beer I mentioned that I found the color unusual for a beer with Nights in the name. She said that during the night in orange blossom season Redlands air is filled with the scent of orange blossoms. I took Tanya’s glass and took a smell, it was surpassed only by the taste; but you guys know I don’t review beer here so instead I requested a Lazy Day IPA. Let us just say that I started getting specific information on their tasting room because Redlands will be my next destination to do a tour of. Before the day ended I tried Midnight Express milk stout and immediately wished I had a cup of crushed ice to pour it over. That would have been so good. Besides seeing my friends at the Mission and Absolution booths, being able to try out Escape Craft Brewery was the highlight of my beer day.

There were some arm wrestling contests, but I did not stick around to see what the prizes ended up being. I will say that some of the contests were pretty entertaining to watch with a lot of back and forth. I think there was only one match that was a slam dunk.

If there were 100 people that showed up, I would be surprised. Others that are planning their first beer festival should look at this and learn from it. It was an interesting idea, but whoever was coming up with any of the numbers just wasn’t being realistic. Cheers.

Back to BEERS Summer Fest Photos
[Show as slideshow] 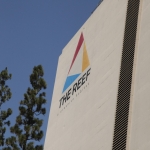 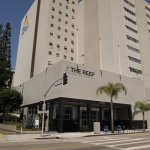 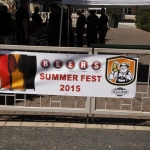 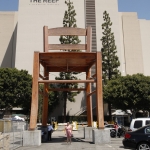 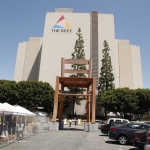 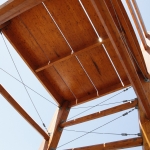 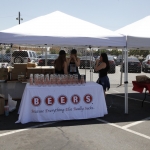 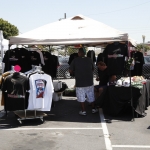 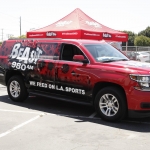 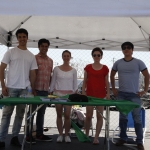 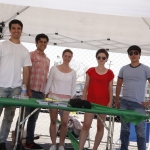 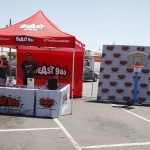 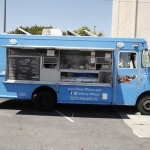 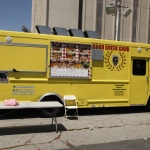 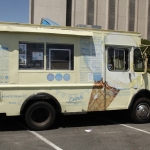 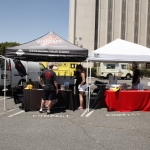 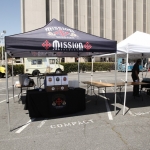 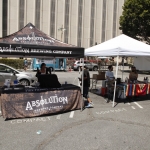 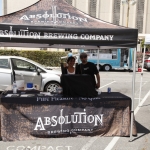