These photos were taken Thursday afternoon at the soft open for the new Melvin Brewing which is opening in the East Village area of San Diego.

Melvin Brewing is a Wyoming-based brewery that is known primarily for their IPAs. I don’t think I was aware of them before I attended the 2017 Great American Beer Festival; but I think it would be difficult to not have noticed them if you were an attendee. The two years that I have attended, Melvin’s booth was an old school bus, which co-founder Jeremy Tofte apparently lived in for a year. Their booth included a DJ during each GABF session, and had WWE Hall of Fame wrestler “Hacksaw” Jim Duggan hanging out at the booth to shake hands, take photos and sign autographs. I seem to recall they had impromptu parades during a couple of the sessions that included their representatives in costume.

They were more than just a show though, as they walked away with the Brewery Group and Brewmaster of the Year award, along with a pair of gold medals for American-Style Strong Pale Ale (Hubert MPA) and Fresh or Wet Hop Ale (Wet Hop Melvin). So when I was invited to attend their VIP soft opening it seemed like a no-brainer as San Diego is significantly closer to me than anywhere in Wyoming.

During this event, they had 16 beers available, 10 of which were brewed by Melvin Brewing with the balance coming from other craft breweries such as Stone, Figueroa Mountain, Revision and Noble Ale Works. As it was a soft open they were not serving flights; additionally, since Melvin was just given the green light to start brewing, none of the Melvin brews were brewed at this new location.

Melvin Brewing San Diego has a 7-bbl system with five 7-bbl fermenters and five 7-bbl brite tanks. They have a pretty small cold box, but they have 25 taps, so I am guessing that they will all eventually be pouring. Their Wyoming IPAs will fit in perfect with the West Coast IPAs that San Diego is known for.

While I was there I noticed, for the first time, that their logo was an elephant; I had never really paid attention and always presumed it must be a buffalo. I mean, there are a lot more buffalo in Wyoming than elephants; right? I had to ask, why an elephant?

Well, Melvin Brewing started off as a Thai restaurant in Jackson, Wyoming. Apparently they brewed beer in the back of the restaurant and the beer became the main draw after winning several awards. When they decided to become Melvin Brewing they kept some of the branding from the restaurant, primarily the elephant.

Melvin Brewing San Diego is a brewpub, but I cannot tell you what kind of food they will be serving there as the website does not have the food menu up yet, and I never spotted one at the soft open. They had appetizers that were being passed around while I was there, but I would be very surprised if that is what they will be serving once they open to the general public; of course, I never would have guessed Thai food either, so who knows.

Melvin Brewing San Diego is located at 634 14th Street (the corner of 14th and Market) and will have their grand opening today, Friday the 16th; they will be open seven days a week from that point on. I have been told that Melvin has one beer brewed in San Diego that will make its debut at the grand opening. They have a dog friendly patio; I have no idea what will be happening as far as beers that will be available to go.

If you happen to go to Melvin Brewing with your dog and get there early, I might suggest walking across the street to Quartyard (13th and Market), which is a lot like Steelcraft in Long Beach, except they have a dog park there. It is a nice place to let your dog run around and socialize while you enjoy one of the fine beer selections they have. Cheers! 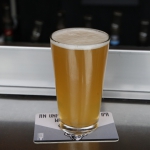 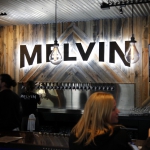 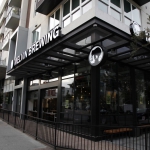 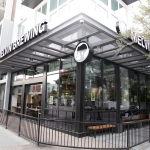 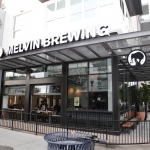 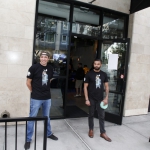 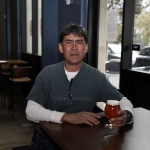 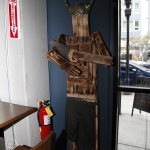 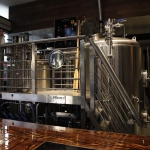 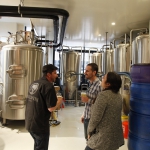 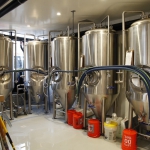 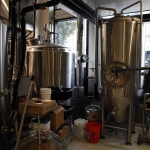 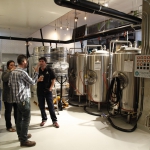 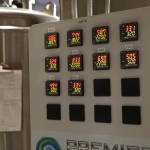 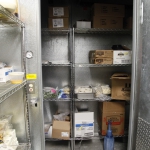 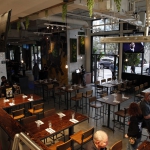 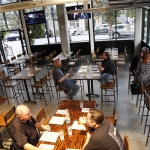