A few weeks ago the Antelope Valley Fair held their second annual Antelope Valley Fair Home Brew Competition, which was sponsored by Bravery Brewing in Lancaster. This past Friday the 2014 Antelope Valley Fair Home Brew Competition Awards Ceremony was held, again at Bravery Brewing. A couple of the principles invited me to come out and photograph the awards ceremony which I was more than willing to do; since Lancaster is almost 100 miles away from me and I really did not feel like dealing with a Friday evening of rush hour traffic, I decided to make a day of it and see what kind of craft beer I could find in the Lancaster area. It turns out, that there currently is not a lot to choose from in that area. In fact, I could only find two breweries in the vast Antelope Valley; Kinetic Brewing and Bravery Brewing, both located in Lancaster.

I was somewhat familiar with Kinetic Brewing Company as I have seen them at a couple beer festivals, but I had only had a couple of their brews; their Potential Blonde Kölsch and Citrafuge Harvest Ale. Kinetic Brewing is a brewpub and normally we would have gone there to try the food as well, but a prior engagement resulted in our not really being hungry so we started off with a flight consisting of the seven brews they had available. The flight was made up of their Kölsch, American Brown Ale, American IPA, Porter, a couple variations of Berliner Weisse and their Belgian Strong Ale. All in all, the beers were solid with the Propulsion IPA being my definite favorite; no contest really. I enjoyed their Fusion Porter and Rusted Gear Brown Ale also, but found the two Berliner Weisse a little light for my tastes.

While we had not come in hungry we were there for a while and I eventually started checking out their food menu. They have a pretty good menu with everything from salads and pretzels to steak or pan-fried Ahi tuna. What caught my eye was their bread pudding; when you spot the photo of it, let me just say that if you think it looks good, I am not sure the photo does it justice. It was very good. If you find yourself in the Lancaster area and want a good craft beer and some food; you should check out Kinetic Brewing Company. They are located at 735 W. Lancaster Boulevard in Lancaster.

Three short miles away is Bravery Brewing, a production brewery that may be small, but do not let their size fool you. I first heard about Bravery Brewing during a visit to Timeless Pints back in November; a Timeless Pints customer was asking me why I was taking photos of everything and as soon as he heard what I did with them he told me I needed to head out to Lancaster to visit Bravery; when I heard that the Antelope Valley Fair Home Brew Competition Awards Ceremony was going to be held there I figured it was a great excuse to make that long awaited visit.

From the outside, it looked like a typical tasting room; just another warehouse in an industrial area. When I walked inside the 5,500 square foot facility seemed to be packed; not only with customers drinking beers or standing in line waiting for their brew but barrels; lots of barrels. I walked around to the brewhouse and was astounded when I saw what appears to be a three bbl system. After looking at their tap list again I came to the conclusion that these guys must be brewing daily; like a couple times a day, every day. After talking a little with owners Bart and Brian Avery I discovered that this was pretty much the case. While they have a very small brewhouse, they brew some pretty big beers. Friday evening they had 14 beers on tap ranging from a Kölsch and witbier to a couple Belgian styles, some IPAs, a porter and a stout. Our favorites were definitely the Bartto DIPA, King Korova Stout on nitro and their Smoking Gun barrel-aged smoked porter.

Being a production brewery so far away from any big cities is tough, so Bravery Brewing recently engaged the services of Incline Beverages to assist them in getting their product to local stores, restaurants and bars. You should start seeing more of them in the Greater Los Angeles area. There are plans to take over a warehouse next door so they can grow more and a new larger brewhouse will be coming shortly. I also heard a rumor that we should expect to see a couple new breweries in the Lancaster area within the next year or so; I suspect you can probably say the same for any part of Southern California, if not the country. Bravery Brewing is definitely worth the stop if you are in the Lancaster area. They are located at 42705 8th Street West in Lancaster.

The winners of the 2014 Antelope Valley Fair Home Brew Competition that were given out Friday were as follows:

What was kind of funny is that the guy I met at Timeless Pints back in November was there Friday and was one of the members of Team Stucky/Carr, the Reserve Champion. As he said, I picked the right night to visit Bravery Brewing. Cheers! 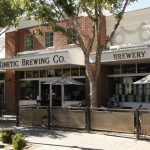 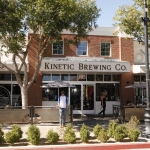 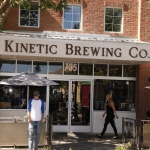 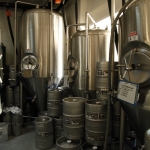 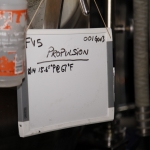 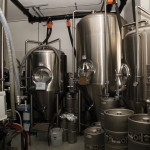 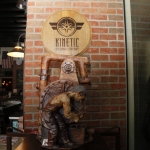 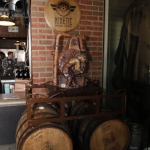 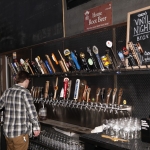 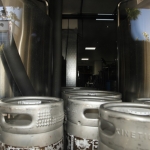 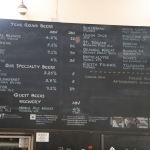 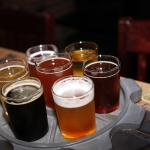 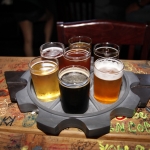 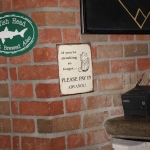 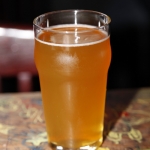 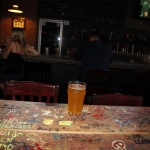 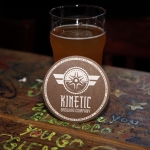 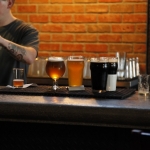 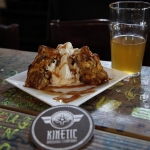 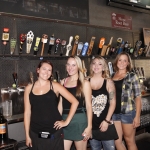