These photos were taken at the advanced tasting of Guinness’ new Nitro IPA which was held Thursday evening at The Larchmont restaurant in Los Angeles. The event was put on by Taylor Strategy and featured Guinness Beer Ambassador, Keith Dunne and Diageo Customer Marketing Director, Jonathan Urch. While I am the Craft Beer Guy, we all had to start somewhere; for me, it was Guinness Draught. The fact of the matter is that if I was going to be stuck on a desert island and could only have one beer for the rest of my life, Guinness please.

For every article you read here about a beer dinner or special release I attend, there are probably five or six invitations I turn down; especially if it requires my driving to Los Angeles. When I got the invite to attend the Guinness Nitro IPA advanced tasting and dinner I put aside my disdain for rush hour traffic and accepted the invitation.

As Guinness has been doing these tastings around the country, I started seeing comments and links to articles about the experiences of others that had tried the Nitro IPA over the past week or so. Admittedly, the reviews were not exactly glowing but I am not the type to judge a beer by what someone else thinks (which is why this site is not a beer review site), and I had no idea if a guy from Philly even knew what a good IPA tasted like.

In my research I noticed that everyone had their Nitro IPA served in a can, so I naturally expected that we would be drinking cans of beer. Imagine my surprise when I arrived at The Larchmont and noticed our beertender was filling pint glasses from a nitro tap. I am not sure if surprise is the proper word, I believe my feelings bordered on excitement. I was then told that this was the first keg in the United States as I was handed the first pint poured from it.

Some of the reviews I read suggested that there was no hop aroma or profile; others suggested that putting an IPA on nitro made no sense. If you have ever had a properly poured Guinness Draught you know what it looks like with the milkiness settling into its final color with the lovely head; the exact same thing happened with the Nitro IPA except instead of ending dark black, it was a nice amber color. The aroma definitely had a hop nose which should be expected with its Admiral, Celeia, Topaz, Challenger and Cascade hops included in the brew and then dry-hopped with more Topaz hops. As I tasted it I was immediately impressed with the smoothness; the nitrogen really smoothed out any bitterness. This is not a “west coast IPA”, it isn’t even an east coast IPA; it is an English IPA and naturally it is going to be different than what is brewed around here.

The hops are truly global, coming from the UK, Australia, Slovenia and the US. The malts and yeast are the same as used in their standard Guinness, although I believe the malt is not roasted as much as for their stout. At an easy 5.8% ABV and 44 IBU, this really was an easy drinking, bordering on sessionable, IPA.

After we were treated to a couple pints of the tap version of the Nitro IPA, we moved into the restaurant for the second part of the event. We were treated to a dinner that I would have to describe as exquisite, an adjective I do not recall ever using when writing about food. I know it is the first time I have used the word on this site. It consisted of Salmon Tartar, Kale Salad, Burrata and Padron Peppers for appetizers. The main course was our choice of Columbia River Salmon, Steak Frites or Strozzapreti Pasta. Dessert was Chocolate Pot de Creme and Passion Fruit Panna Cotta; it was all delicious.

During the dinner they provided us all with cans of the Nitro IPA and passed around samples of the five hops used so we could smell the difference between them and try to pick out the flavors in the beer. After telling us about the Brewers Project that came up with the brew and describing how the nitrogen was infused into the beer, including the use of their widget, we all opened our cans simultaneously so we could hear all the widgets bounce up from the bottom of their respective cans to the top.

I smelled the beer directly from the can and really did not pick up on the hop profile as much as I did with the tapped version. After the IPA had settled I tried it and was not nearly as impressed as I had been earlier. I suspect the cans may have been too cold because as the chill subsided more flavors, including the hops started to come through. I was told that the keg was about a week old while the canned version was a few weeks old, so that may have had something to do with it.

All in all, I really enjoyed the Nitro IPA; Tanya actually liked it more than Guinness stout. I would not go quite that far but I would not hesitate ordering it again. One thing I noticed is that while a properly poured Guinness stout takes about two minutes from start to finish, the Nitro IPA on tap seems to take a minute or two longer. The Guinness rep could not say if this was normal or not because it was the first keg he had seen. All I know is that it was worth the wait.

Nitro IPA should start hitting shelves and bars shortly; if you enjoy nitro beers and trying beers out of your comfort zone, I would suggest giving it a shot. I do not think you will be disappointed; everyone at our dinner sure seemed to like it. Sláinte! 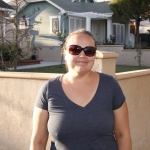 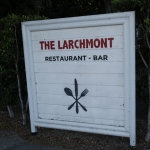 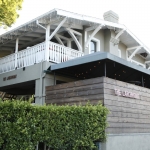 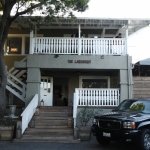 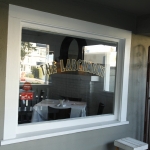 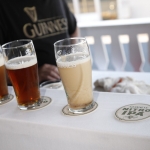 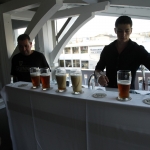 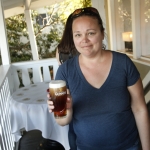 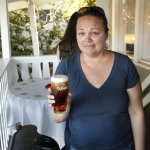 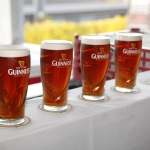 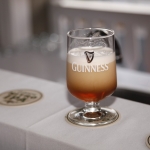 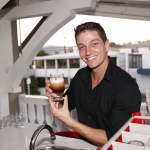 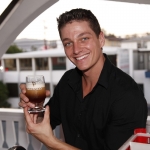 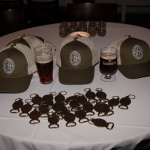 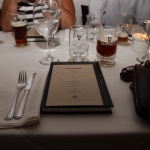 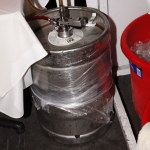 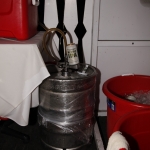 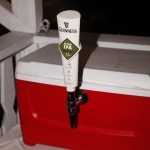 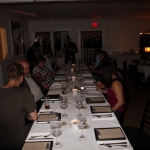 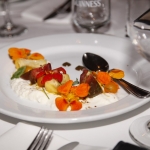