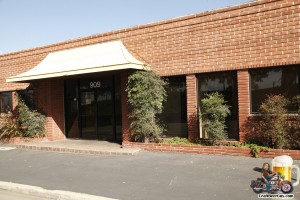 As you might imagine, I hear a lot of rumors about what may or may not be happening as far as the craft beer scene in this area. As a result, I get asked questions like, “What is happening with Strand Brewing Company’s old brewhouse?” Well, while the fermenting tanks are moving to their new Dominguez location, the brewhouse is moving to a new home in El Segundo; Rubens Distilling & Brewing. Yes, I said distilling and brewing. Wednesday morning I made a visit to the home of this future distillery and craft brewery and met Rob Rubens, the owner of Rubens Distilling & Brewing to find out a little more about what the plans are.

Rubens grew up in Illinois and he has relatives that opened a speakeasy in Chicago during Prohibition, so I guess one could say that whiskey is in his blood. Rubens Distilling & Brewing will be the first combination distillery and brewery in the Los Angeles area, and one of three in the state; the others being Ballast Point and Anchor Steam. 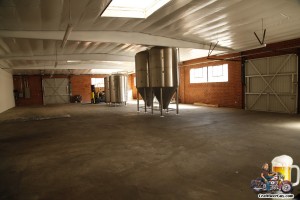 If you have gotten the impression that starting a new brewery can be a daunting task, you would be correct; it seems that opening a distillery is a little more difficult and pretty expensive. While cities have become accustomed to beer being brewed, spirits is another story. There is the fear of the unknown and the fear of the known, like how flammable whiskey or rum can be. It appears the City of El Segundo is being very cooperative but it is still a time consuming process. The city just wants to be sure everyone is safe.

Rubens plans to distill whiskey, gin and rum. I guess gin and rum are relatively easy to make, but whiskey has to sit in barrels for several years before it is ready for consumption; enter beer. In the beginning Rubens will brew about three beer styles to help pay the bills while the spirits do their thing. Eventually they plan on having up to 12 different beers available along with the spirits.

The tasting room should be pretty cool, with the decor being reminiscent of a 1920’s or 1930’s speakeasy. Since I have had the opportunity to visit a speakeasy or two, I had to ask if it would be as dark as Phantom Carriage and was told it would be, however, there will be a bar that looks out onto the brewery with the still having placement front and center for all to admire. It sounds like it is going to be a very cool vibe.

Rob Rubens said it is his goal to not only distill spirits, but he wants to educate people about the process and how to enjoy the finished product. I know that many “beer geeks” are already into fine whiskeys so it should not be much of a leap to go for craft whiskey, made from local ingredients.

Rubens Distilling & Brewing is located at 909 E. El Segundo Boulevard in El Segundo. They actually hoped to be further along in their build but as Strand Brewing Company just officially closed their Telo Ave. location on Sunday, the brewhouse was not available for the taking until now. It will probably take a week or so just to get the equipment moved from Torrance to El Segundo and then Rubens can start concentrating on getting the brewery set up. They have hopes of having a soft open by February 2016, but we all know how that goes. I would guess closer to mid-2016 if my observations of the last few years have taught me anything. Either way, it will not be long before Los Angeles has their first distillery and brewery combination. It is exciting times in the South Bay. Cheers!