On Saturday evening, the new Whole Foods Market in Playa Vista held a mini-Oktoberfest at their Astro Pub bar, which is a full bar complete with 24 craft beers on tap; with 14 of them dedicated to local breweries. The Oktoberfest was the second in a series of tap takeovers, beer dinners and various beer events planned by Raul Moran, the beer buyer for Whole Foods, Playa Vista.

The evening consisted of Oktoberfest style beers featuring such breweries as Three Weavers, Sierra Nevada, Ballast Point, Goose Island, Spaten, Weihenstephan and Hofbräuhaus. Also included in the price of admission was plenty of schnitzel, sauerkraut, brats and giant pretzels. Piped in German music resulted in spontaneous breakouts of the ever popular Chicken Dance. There was also plenty of swag available for anyone that wanted it. They had a moderate turnout, and everyone that attended seemed to be having a good time making new friends while enjoying the food and beer.

The Astro Pub is located in the front of the Whole Foods Market, Playa Vista at 12746 W. Jefferson Boulevard. As I mentioned, Moran plans on having a series of beer dinners and tap takeovers every couple of weeks. I would suggest following the Whole Foods Facebook page to be kept in the loop. Prost!

Back to Oktoberfest at Astro Pub Photos
[Show as slideshow] 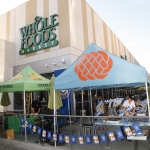 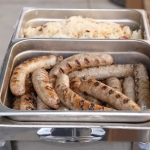 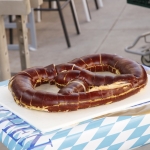 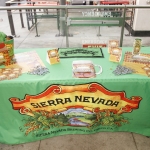 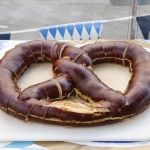 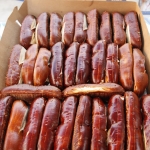 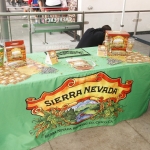 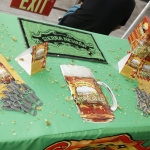 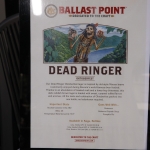 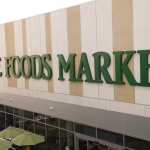 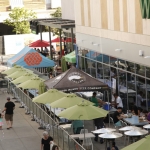 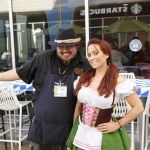 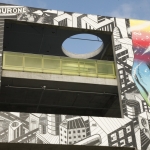 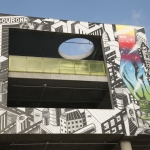 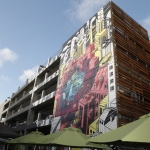 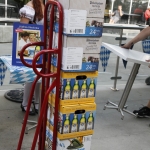 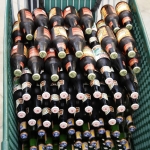 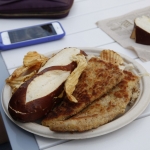 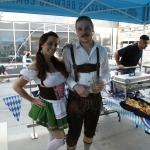 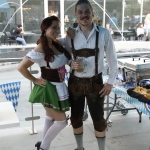 12345►
Back to Oktoberfest at Astro Pub Photos