While we enjoyed a pour of Schwarzbier, a roasty German style black lager which was brewed at The Propagator by Ben Maushardt, Jeffers told us about the early days at Firestone Walker; go back as far as his initial job interview which involved babysitting a 5 year-old.

DBA, Double Barrel Ale, is often credit to being developed by Jeffers, but he gives full credit to Adam Firestone and David Walker as it was only because of their insistence that the beer be fermented using oak and stainless barrels, then blending them. It was obviously a great idea, and DBA has become not only a flagship brew for them, but it is also the base for several of their other beers. This beer dinner would celebrate the many uses of DBA as well as the beer itself.

The beginning of our six course dinner made it clear that Firestone’s Executive Chef, Justin Lewis put a lot of thought into his food pairings when we were presented with a Grapefruit Citrus Salad with vinaigrette that was paired with Agrestic, which is one of those beers that DBA is the base beer. The salad and Agrestic really complimented each other well.

The second course was a DBA House Brat, paired with a pour of DBA. The brat was juicy and tasty; and what goes better with brats than beer, so this was a natural selection.

I admit I am more accustomed to sharing a meal than eating one by myself, so I was beginning to think I might need a to-go box. Our third course was Truffle Mac N Cheese that was paired with Nitro DBA. The Mac N Cheese was creamy good, and you know everything is better on nitro.

I smelled our fourth course before I saw them; lamb sliders and homemade potato chips which was paired with Unfiltered DBA (UDBA), a 100-percent oak fermented and unfiltered version of DBA. By now, I was definitely starting to think seriously about getting a to-go box and crowler for the next two courses, but that slider did not last long. I have to interject, I do not usually go for things like french fries and potato chips, but those chips were delicious. If you go to The Propagator and enjoy chips, you will love these.

The fifth course was a lot lighter with a meat and cheese board that included almonds in what I thought might have some honey on them. The beer they were paired with, I had never heard of, but I will not soon forget; Reginald Brett, a Double DBA matured in bourbon barrels for 6 months, then inoculated with Brettanomyces. It is then aged 12 months in French/American Oak barrels; it may have been my favorite beer of the evening.

Our dinner ended as good as it started with another great pairing of a Smoked Smore with Rye Double DBA. The presentation was pretty cool as the heat was kept on the dessert by keeping the plates covered with pint glasses. If you look closely at the photos you will notice the smoke coming out of the glass when it was lifted. It was a very tasty pairing.

This was my first beer dinner at The Propagator, but I doubt it was my last. If you have the opportunity to attend one, just do it. The Propagator is located at 3205 Washington Boulevard in Marina Del Rey.

Congratulations to Adam Firestone, David Walker and Jeffers Richardson on 21 wonderful years and thanks to Blanca, Ben Maushardt, Justin Lewis, Jay and the entire Propagator team for a great evening of great people, food, and beer. Cheers! 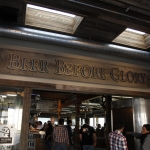 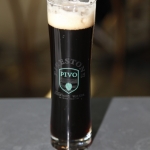 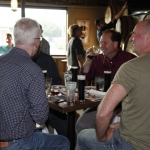 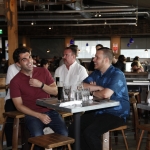 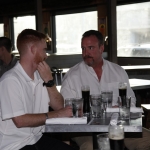 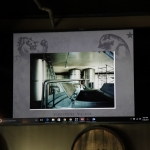 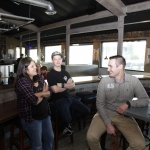 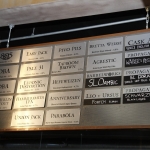 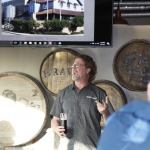 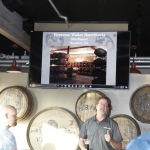 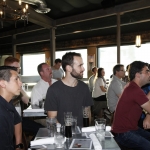 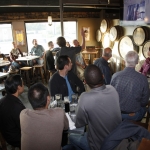 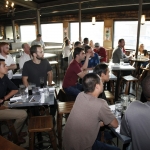 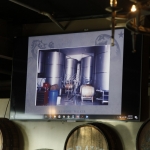 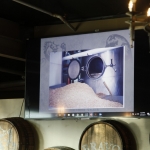 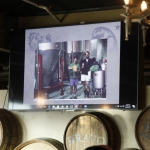 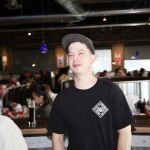 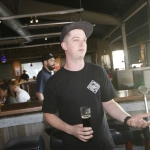 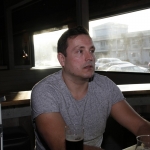