These photos were taken Tuesday, September 28, day 14 of my Craft Beer Tour 2021, when I visited Trap Door Brewing in Vancouver, Washington. Yes, you read that right, I am in Washington.

Hopefully you have been following along and recall that when we left off, I was planning to drive to Boise in the morning.

I woke up after a very weird dream and discovered a text from my friend in Boise informing me that she had been notified that she had been exposed to COVID via a co-worker. While she and her husband are vaccinated, as am I, I started thinking about how all I hear lately is that it is the vaccinated are the ones that are sharing COVID with the unvaccinated and I know for fact I am interacting with unvaccinated people out here. After some serious thought, I decided my fun was not worth inadvertently becoming a modern day Typhoid Marvin, so I headed back to Oregon City where I knew I could help out during Dom’s recovery; besides, I knew they needed the rain.

Sunday was a day of driving then enjoying laid back time with Matt and Dom; there was no rush to go to a brewery as my ice chest rivaled anything I was going to find elsewhere.

As Monday was raining all day, and I had not updated this site in a week, I spent the day writing about my time in Oregon City, Hood River, Camas, and Yakima. During the course of my writing I realized that in my short time in Washington, I had neglected to visit a brewery new to me; that was not going to fly.

I posted on a couple Facebook groups asking for somewhere to go in Vancouver, and to be honest, Trap Door Brewing was the first, and most recommended brewery in Vancouver that came up. The fact that they did not open until 3:00 PM did not exactly entice me due to the rush hour traffic I was sure to encounter; and it was a pretty rainy day. Fortunately, Matt was up for a night out and after traffic died, we headed to Vancouver.

Trap Door had a decent sized tasting room with a large tented patio, when I was there they had two food trucks; Matt seemed to enjoy the Thai dish he got.

The brewery was established in 2015 and had 10 beers available on tap, with a can pour or two; two of the brews were fresh hopped, so you can probably guess where I focused my attention.

I had a flight made up of their Co-Hop Fresh Hop IPA, Fresh Hop Glowed Up, Trap Door IPA, and their Porch Beer Pale Ale. All their beers were solid, but they are really known for their hazies. My favorite of the night was their flagship Trap Door IPA; I really wish that had been fresh hopped.

Trap Door Brewing is located at 2315 Main Street in Vancouver, Washington. They are open seven days a week and have cans available to-go. Cheers! 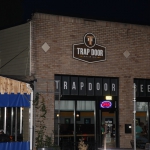 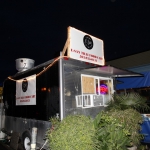 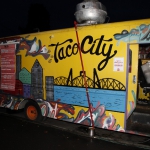 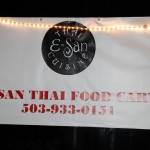 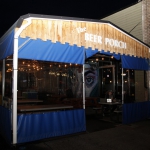 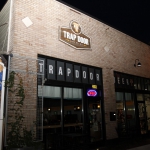 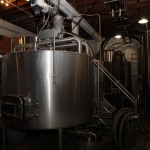 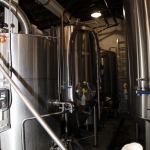 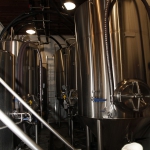 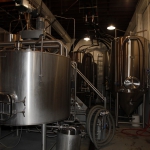 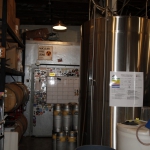 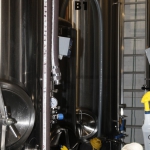 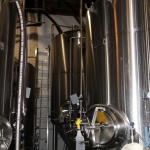 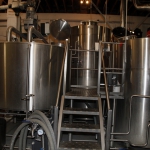 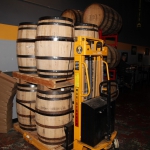 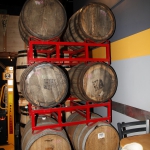 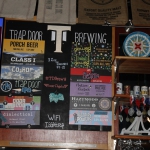 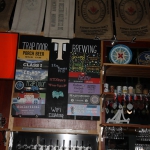 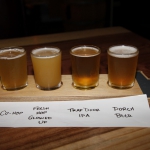 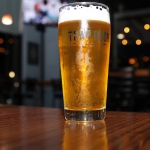