A destination brewery to me, is one that if I am within 200 miles of it, I must do all I can to get there. As I was staying a mere 193 miles from them, I don’t see that I had much of a choice in the matter. I knew I was going to find fresh hop beers there.

I first visited Bale Breaker in 2018 and it was a blast. Not only did they have great beers, but the tasting room was hopping with brewers that I knew from all over LA and some friends from Guinness. It was hop harvest season and everyone was in Yakima selecting hops. It kind of felt like home right away.

I remember talking with one of the LA brewery owners about the IPAs Bale Breaker had, I will never forget his comment, “How do you compete with a brewery that’s in a hop farm?” That’s right, Bale Breaker is literally surrounded by hops and their IPAs show it. They pride themselves on getting the hops off the bine and into the kettle within five minutes on some of their IPAs; hard to get fresher than that.

I returned in 2019, but I got there about two weeks late for hop season. Not only were all the hops harvested, I was having a very difficult time finding fresh hopped beers. That experience is exactly why I started this tour in the Pacific Northwest instead of Arizona. Luckily, Bale Breaker’s beer is always good, so while it was a quieter experience than 2018, they confirmed their slot as a destination brewery. By the way, my other destination brewery is/was Three Floyds in Munster, Indiana.

I have given up AirBNB for the time being, so I got the motel I always end up at, relaxed a bit, then headed over to Bale Breaker.

Bale Breaker looked to be busier than 2019, but not as busy as 2018; I later heard the hop buyers are typically there on weekdays, and I did see some Facebook posts that suggested I might have just missed some locals, but I was there for fresh hop IPAs more than anything, so I went to the counter, where Taylor set me up with a slightly customized flight.

Bale Breaker usually has a couple preset flights, but they will allow you to tweak it a little. As Taylor knew I was there for the fresh hop IPAs, she suggested a flight consisting of the Dance Commander IPA, In the LUP IPA, Citra Slicker Wet Hop IPA, Homegrown Fresh Hop IPA, and Piled High Imperial Fresh Hop. The flight came stock with a Mexican lager, but they let me change that to their pilsner.

Choosing a favorite would be like choosing your favorite child; I loved them all, but Homegrown and Citra Slicker will do well in my Last Will and Testament.

I think I was on my second taster when I spilled a little. As I have a cloth mask, and I discovered that smelling IPAs makes wearing a mask not that bad, I proceed to begin wiping it up with my mask. It was then that a gentleman in an obvious Washington State purple shirt came over with a couple paper towels. He explained he wouldn’t have done that if he didn’t work there, I thanked him and we began chatting; turns out I was speaking with Jon Mullen, Central Washington Sales Manager.

I told him about the 2018 trip, and the 2019 trip, and how Bale Breaker was only the second brewery to hit the Destination Brewery level. During the conversation I notirced that Jon might look a little familiar. I told him that someone, possibly him, had allowed me to tag along on a brewery tour. When I look back at those photos, I am not sure; perhaps. Anyway, Jon asked if I would like to see what has happened back there in the last three years. It is pretty impressive.

A couple 240 bbl brite tanks, a few 120 bbl fermenters, a new clarifier, and canning in both 12oz and 16 oz cans. Their cold box and 5 bbl pilot system with 10 fermenters is still my favorite part of the operation.

Bale Breaker Brewing Company is located at 1801 Birchfield Road in Yakima. They are open seven days a week, offer crowlers, growlers and cans to go, and are dog friendly. They may or may not have a food truck, but there are several businesses that will deliver food there; or you can bring your own.

As I am prone to do when in another town, I asked what other brewery in Yakima might have fresh hopped ales and I was directed to Single Hill Brewing. Even though I had visited them in 2019 I decided to return for a few reasons. One was that there would probably be fresh hopped IPAs available this time, another being that they were on the way back, and close to my motel.

As I look at my article from 2019 I am reminded that everyone said this was a dog friendly location and that there were several dogs the first time I came; there were lots of dogs and kids this time too.

The last time I visited, they had 15 beers; Saturday they had close to 25 beers and ciders; six of them being fresh hopped. While one regular told me I should choose from the Lite Menu, as you know, I was there for the fresh hopped brews, so that is exactly what my first flight was made up of; Per Diem Pale Ale, Ecstasy of Pink, and Skyfinder; Skyfinder is the one that found me.

Single Hill Brewing is located at 102 N Naches Avenue in Yakima. They are open daily, are dog friendly, usually have a food truck, and offer cans, growlers and crowlers to go.

When I got to my room, I went through all of my photos, got them uploaded and settled in for the night with visions of Boise, Idaho in my head. Cheers!

Back to Photos from Yakima 2021
[Show as slideshow] 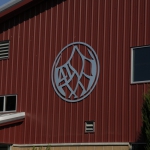 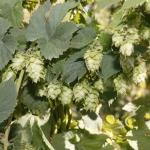 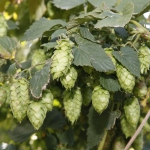 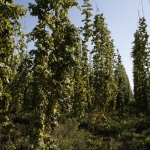 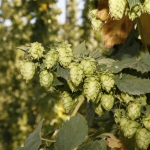 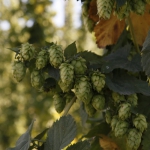 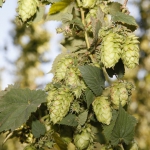 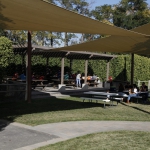 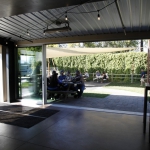 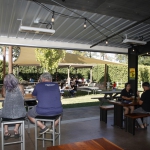 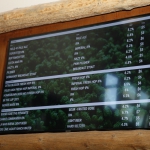 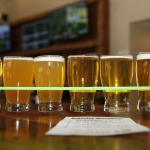 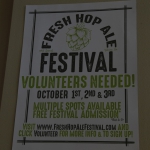 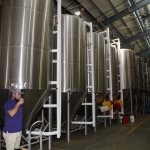 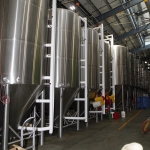 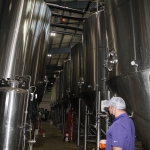 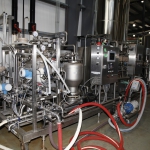 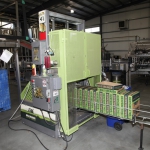 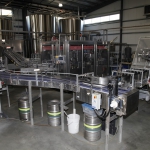