These photos were taken September 23, day nine of my Craft Beer Tour 2021. As Dom was recovering with her parents, and Matt loves showing off Oregon to me, we headed off to Hood River to visit pFreim Family Brewers and Double Mountain Brewery in Hood River; the fact that we had to go through the Columbia River Gorge to get there was icing on the cake.

We started off at pFreim Family Brewers, which seemed to begin filling up as we arrived. Matt got a quinoa salad and I set up a flight made up of their Pilsner (because you kind of have to), Jammy Pale Ale (really was jammy), Strata IPA, Kolsch, pFreim IPA, and Flanders Blonde (first time ever). Each of them seemed to be better than the last, and I am falling in love with Strata hops.

pFreim Family Brewers is located at 707 Portway Avenue in Hood River. They are open daily and offer can’s, bottles, and crowlers to-go. I think I noticed a dog or two on their patio.

As we had a little time before we had to play good Samaritans again, we made a quick stop at Double Mountain Brewery, that was around the corner. Admittedly, we initially aimed for another brewery that will remain unnamed as they did not open for another hour, and we did not have time to wait.

Double Mountain was a nice location, with a food menu consisting of everything from pretzel bites, to subs and pizza. I was there for the beers, which was a good thing as they had about 15 brews to choose from, with four of them being fresh hopped IPAs. I am betting you can guess where my focus was aimed. The four fresh hopped IPAs were Killer Juicy, Killer Green, Killer Red, and Killer Fa La La La la, with Killer Green being my favorite. As a flight consisted of five pours, I added the Westerly Pilsner to even things out. All in all, they had some good brews and wish I had more time to spend there.

Double Mountain Brewery is located at 8 4th Street in Hood River. They are open daily and offer growlers, crowlers, and bottles to take away.

If you have the opportunity to visit Hood River, definitely take the time to check out the Columbia River Gorge; especially if you like waterfalls. Cheers!

Back to Photos from Hood River Breweries
[Show as slideshow] 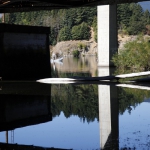 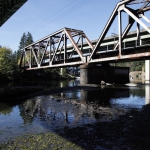 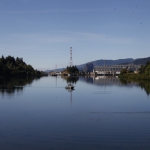 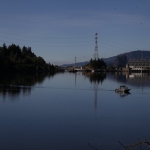 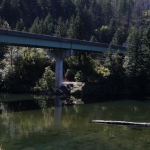 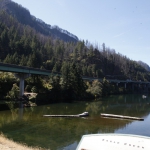 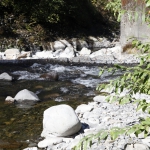 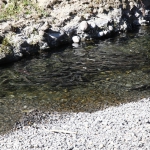 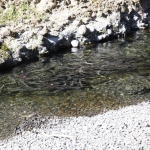 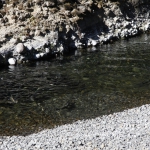 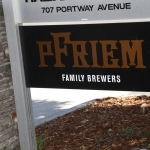 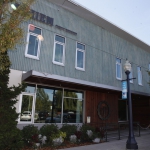 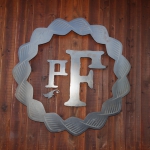 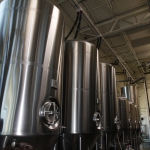 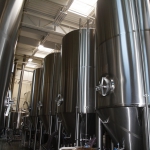 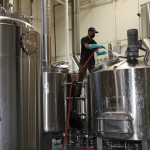 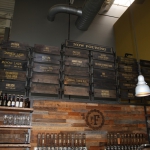 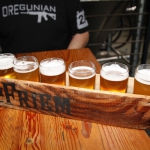 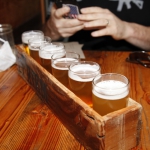